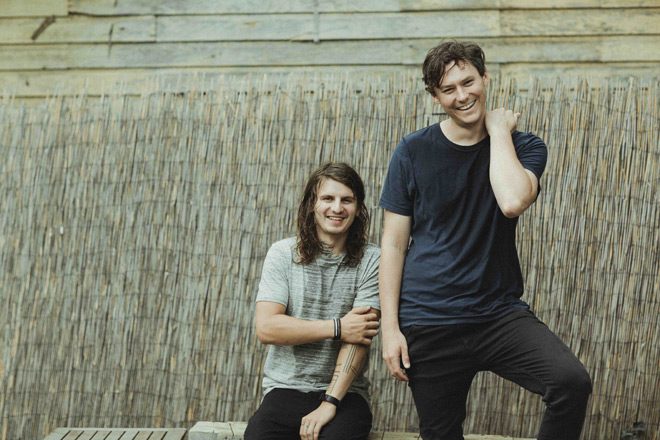 The foundation of a do-it-yourself band begins with a youthful perspective: dreaming of “making it,” picking up a forgotten instrument, heeding a lifelong call only few can hear. Building the framework for an enduring career does not fall on idle hands, but with a little elbow grease, excellence exudes and maintains a lifetime career. Eyeing maturity through a forever-young lens, The Front Bottoms release their second full-length album, Going Grey on Friday, October 13th via Fueled By Ramen.

With the beginnings of a band forming while they were still in junior high, Brian Sella (vocals/guitar) and Mat Uychich (drums) share decades of history as both friends and bandmates. Establishing their humble quest as a duo, the New Jersey natives survived member changes, label changes, self-released albums and tours both big and small to proudly stand in a well-earned and respected place in pop-punk as The Front Bottoms. Members Ciaran O’Donnell (guitar/keys/trumpet) and Tom Warren (bass) round out the current lineup.

Going Grey adds a modern twist to the band’s homegrown discography, slightly straying from the angst-pop acoustics of earlier releases such as 2011’s widely acclaimed self-titled album. Still, the recognizable layers of electric and acoustic guitars remain widely prominent above Sella’s rapid-lyric style with the added bonus of extra-balmy synth.

First track “You Used To Say (Holy Fuck)” opens with the sound of tranquil waves, a salty ocean breeze and the shrill cry of a seagull. Dissolving into beachy-synth, Uychich establishes a focused beat as Sella slips in under a mild vocal effect. The velvety-smooth instruments and vocals exemplifies the song as an opening track while prefacing fans for the freshened-up-feels of what the rest of the album holds.

Cruising into “Peace Sign” with the East Coast version of a West Coast state of mind, O’Donnell intros a catchy little tune on keys. Warren’s hearty bass joins Uychich and O’Donnell for an instantly sticky melody, going in for the kill with Sella’s uber-hook “next time that she sees him/it’ll be peace sign middle finger.” Then, “Don’t Fill Up On Chips” is a modern coffeehouse jam that echoes its very lyrics, filling up “the space that I don’t need” with a feathery ballad sure to be Shazam’d before its end. Smoothing his talk-sing vocal cracks just a tad, Sella holds longer notes and organic connection to the new elements of sound. Little currents of piano, trumpet, and Marimba-esque effects are the unsung heroes of depth and individuality for this track. Listen closely and the detailed attention reveals itself.

The Front Bottoms’ grassroots empire began on a path that many attempt, but do not remain. By starting on the DIY route, the band was able to produce an impressive discography that can only be associated with creative freedom. Going Grey is further validation that The Front Bottoms are no one-trick-pony, getting-old-anytime-soon kind of band. Consider them Pop-Punk, consider them the bluntest sensitive kids, but do not consider them disappearing. Be sure to check out The Front Bottoms on a nationwide headlining tour this fall and check out Going Grey! Cryptic Rock gives this album 4 out of 5 stars. 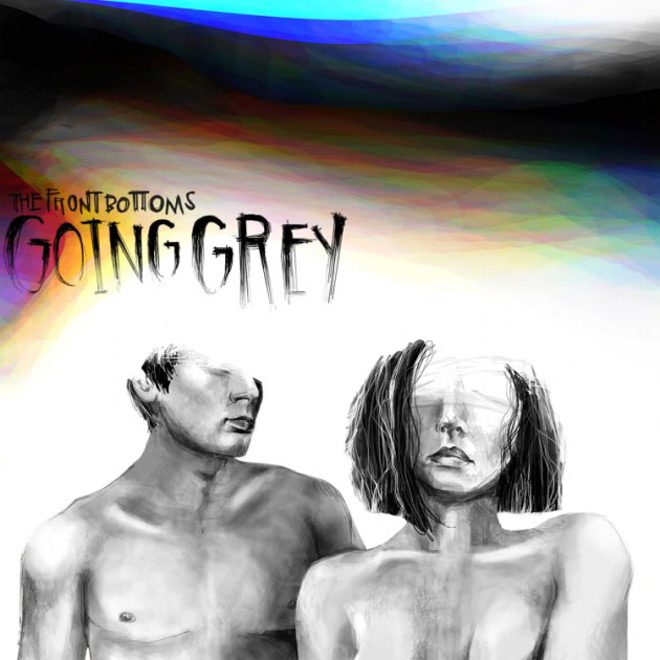