The new Netflix series Frontier landed a bit under the radar amidst a torrent of new series and seasons when it premiered back in January. As one no doubt may have guessed, it is set on the frontier, specifically in late 18th century Canada, where the British Hudson’s Bay Company holds a monopoly on the critical fur trade. Their grip is not as solid as they’d like it to be, however, as there are several other factions and entrepreneurs vying for control. Joining them are a trio of young Irish thieves and a number of individuals settled in the New World. That is a hefty amount of characters and arcs to get around to, and Frontier does an entertaining if not perfect job of tying some up and setting up the others for season two, largely due to the acting. 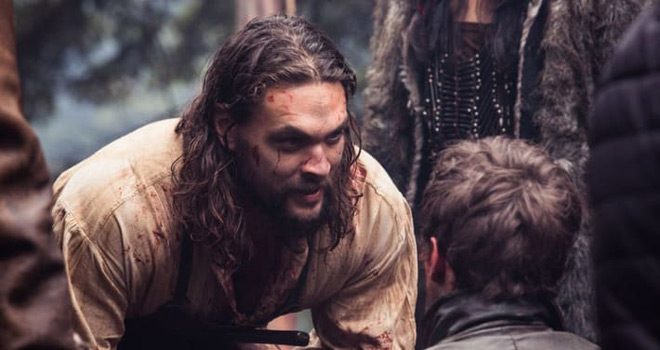 In the early days of the Hudson’s Bay Company, it acted as the de facto government of its area with a Governor appointed by the King of England himself. With immense power and wealth behind it, HBC maintained a large margin of strength over anyone else looking to make money in the trade. One of the factions looking to topple the HBC are the the Blackwood Company, led by series star Jason Momoa (Game of Thrones series, Justice League 2017).

Momoa plays Declan Harp, a violent, but smart and shrewd survivalist and trader with a loyal band of soldiers and close ties to the native Cree Indians, on account of his half Cree ethnicity. With the unique ability to broker talks between the Natives and Europeans, Harp has used his Native ties and considerable battle prowess to undercut the HBC power in the region. He is focused solely on taking down the HBC and extracting revenge on its leadership.

Heading the HBC in the region is Lord Benton, played by British stage veteran Alun Armstrong ( Sleepy Hollow 1999, Van Helsing 2004) and his right hand Captain Chesterfield, played by Evan Jonigkeit ( X-Men: Days of Future Past 2014, Bone Tomahawk 2015). Both are ruthless men with hardly a single good human quality between them. Benton is rightfully concerned about Harp, who holds a personal connection and grudge against him. Harp has raided British supply convoys and is amassing power while the HBC struggles to locate the ever moving rebel, and pressure from London over the diminishing HBC profits keeps him fighting two battles.

The other protagonist is Michael Smyth, played by Landon Liboiron (Hemlock Grove series, The Howling Reborn, 2011), a young, poor Irish settler who stumbles into this conflict during a botched robbery of an HBC shipment, which gets one of his companions killed, and the other, his love interest, captured by the British. Luck is with Michael though, as he shortly thereafter saves the life of Benton, who uses him as a spy to find out everything he can about Harp and the Blackwood Company. Once he meets Harp and his allies, his perspective on the HBC and his mission will be tested and he will have to make decisions that will affect not only his own life, but perhaps the fate of this entire area of the New World. 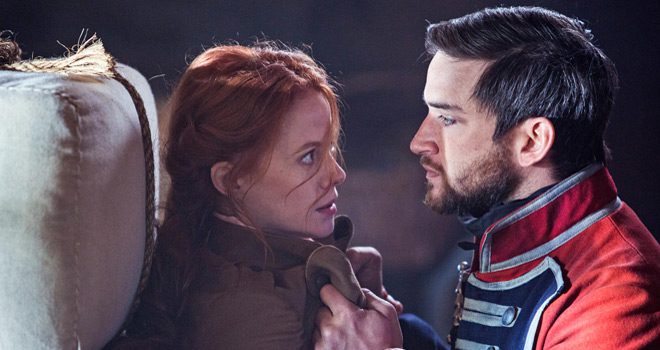 Frontier has many good things going for it. The setting is beautiful, and outdoor and wilderness shots will have viewers pining for a time when nature was that clean and untouched by human industry. The costumes and sets are also very good, with everything from the camps and trading posts, to the famous redcoats of the British Military all feeling authentic. However, the show possesses two main problems. First, the pacing is a little patchy in the first few episodes as viewers try to compartmentalize all the characters and agendas. Understanding will come, but there is always a danger of viewers not sticking around past the first episode or two out of confusion.

Second, and most damaging, is that there are too many poor choices of dialogue and action peppered throughout the series. The Antagonists, especially Chesterfield, remind the audience just how villainous they are seemingly with every scene, treating non British, women, lower classes, and just about everyone who is not them horribly. Harp is a strong character, but he too is a victim of scripting that too often delivers what it should in a ham-fisted way, losing out on what almost certainly could have been better results from rewriting or omission of certain lines. Even Michael Smyth is marred a bit by this, and it results in some of the strength of his story being diminished. Letting this strong cast off the leash a little more would have been a good idea that yielded better conveying of their conflicts.

That said, the actors are all in top form. Momoa looks and sounds like a million bucks and has all the makings of a superstar. He has had good performances in his career but, aside from perhaps his part in Game of Thrones, no really good scripts to work off of. The day that changes is the day he makes it to that level of stardom. Liboiron is very good as well. He was a standout in Hemlock Grove and plays a totally different character to equal quality here. He is the kind of actor that takes a role and makes it look like he was always the best choice to play it. Armstrong and Jonigkeit play their roles to the height of hateful, sniveling villainy, and although they could have had some better dialogue, they will have viewers begging for Harp to get his revenge before long. 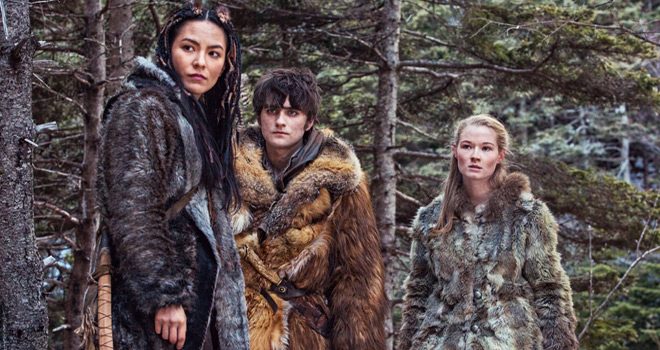 The supporting cast is also strong, with Harps allies including Jessica Matten ( Blackstone series, Mohawk Girls series) and excellent Native American actor Zahn McClarnon (Fargo series, Longmire series), and Zoe Boyle (Downtown Abbey series, Sons of Anarchy series) as a tavernkeep who has to walk a precarious line between business and personal conflicts, all maximizing their minutes and rounding out a memorable cast.

Frontier’s first season is only six episodes long, which is a good thing because it will not intimidate viewers into making a big time investment. It is violent and a touch too contrived, but while the journey is a little rocky it is short and entertaining, and has a good chance to strongly establish itself in season two with the right tweaks to its tone. Until then, Crypticrock gives Frontier’s first season 3 out of 5 stars. 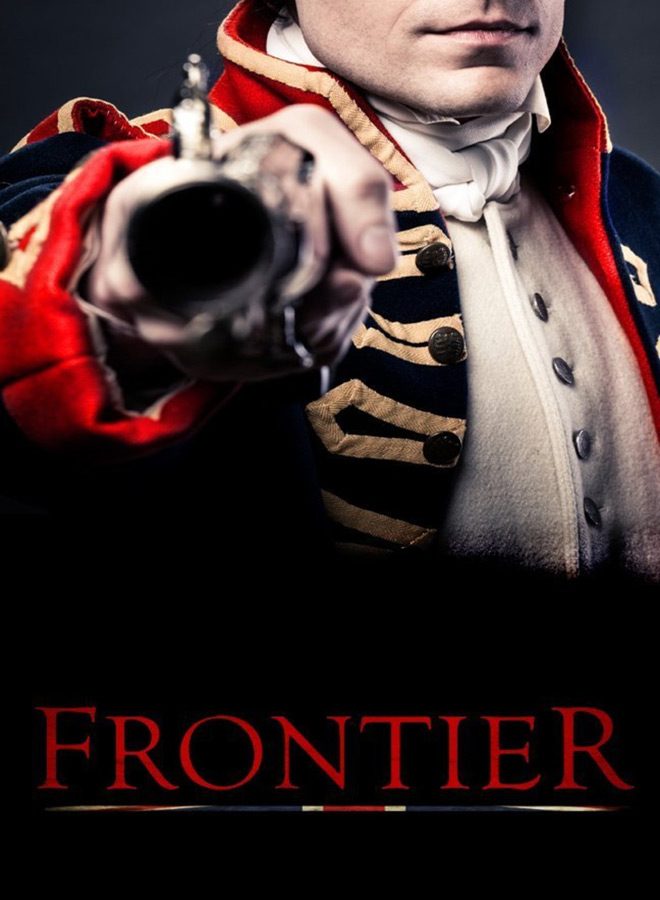