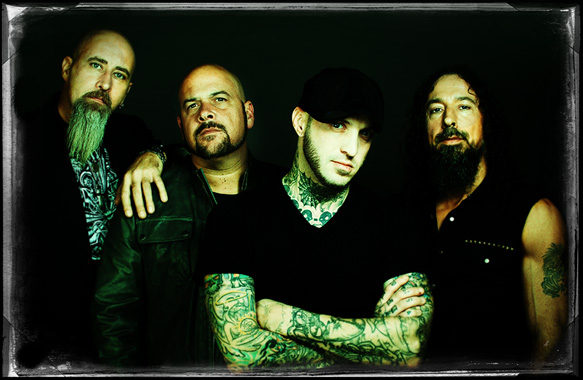 Every so often a band comes along that becomes a genre’s golden standard, sometimes even in face of household names. In the world of Alternative Metal, the Drowning Pools and the Five Finger Death Punches and the Three Days Graces are always given priority on radio stations and MTV, but a little digging (very little digging, in fact) can tell anyone that there are bands far more substantial than the fluff pumped through the FM. Right below the surface there are bands like Full Devil Jacket who surpass the aforementioned and utilize their emotional faculties and heartaches to construct a league all their own. Full Devil Jacket, fronted by vocalist/primary composer Josh Brown released the EP A Wax Box in 1999, and the now widely heralded Alternative Metal classic Full Devil Jacket in 2000. A year after the release of the group’s self-titled album, Brown’s involvement with heroin nearly took his life. The band thus dissolved, and Brown formed the Grammy-nominated Christian Rock outfit Day of Fire, which existed between 2003 and 2010.

Brown had been clean since his overdose in 2001, and Full Devil Jacket reformed in 2013 with a new line-up featuring original drummer Keith Foster, along with long-time friends, Moose Douglass on bass and Paul Varnick on guitar. Gaining their chops and familiarizing themselves with the vibe of Full Devil Jacket once again, the band put together Valley of Bones, their first album since 2000. Independently releasing the album digitally in 2014, Full Devil Jacket spent amply time spreading the word that they were back on the scene and announced they had signed a record deal with eOne Music in early 2015. Produced by Justin Rimer (12 Stones), a few changes in the track list, along with a handful of revamped mixes of songs, Valley of Bones sounds better and fresher than ever. Also a noteworthy change for the major label debut of the record in the cover art. Brown, an inspired artist, lent his artistic vision to the revamped album’s art and designed a fresh new look for Valley of Bones set for release on March 31st, 2015.

Kicking off Valley of Bones is “Killer,” a song about addiction struggles and the self-destructive behavior that goes along with them. It is here Full Devil Jacket solidify they are back, and back with something to prove. Bringing on a hard-edged more upbeat song is the title track before “7X Down,”  a unique beast from the start, incorporating Machine Head-esque flairs of Groove Metal, harkening back to their early days. The aforementioned title track fills out similarly, defiantly boasting Full Devil Jacket’s keen ear for mean riffs. That said, Full Devil Jacket bleeds sincerity throughout Valley of Bones. It is clear that this release is the very product that Brown and company intended to construct, uncaring of the critical response. Simply put, Full Devil Jacket put their hearts and souls on table for this LP. Songs like “The Moment,” “Paper Crown,” “August,” along with brand spanking new piece “What if I Say” give listeners insight to where the creators were mentally during the album’s conception. However, this is not to say that the band has gone soft. “We Got the Love” and “Blood of the Innocent” are Hard Rock jammers complete with the melodic sensibilities of a Glamer Rock outfit. Directly succeeding “Blood of the Innocent” lies “Picturebox Voodoo,” a song with a stubborn tenacity to make the listeners get up from their seats and shake their groove things, all well provoking them to think about the deception of mainstream media. This song is evidence of the vast amount of bases covered throughout the course of this impressive comeback.

Valley of Bones boasts a wide array of emotions that Full Devil Jacket wish to share with the public. The band’s earnest lyricism and lively music is markedly refreshing for a genre congested by bands thirsty only for money and radio chart hits. The Metal world would benefit from having a few more bands like Full Devil Jacket active in the scene today. Thankfully the band is back, with a new lease on life, they look to make the most of their second chance while teaching a whole new generation what Alternative Metal was once. CrypticRock gives Valley of Bones 4.5 out of 5 stars. 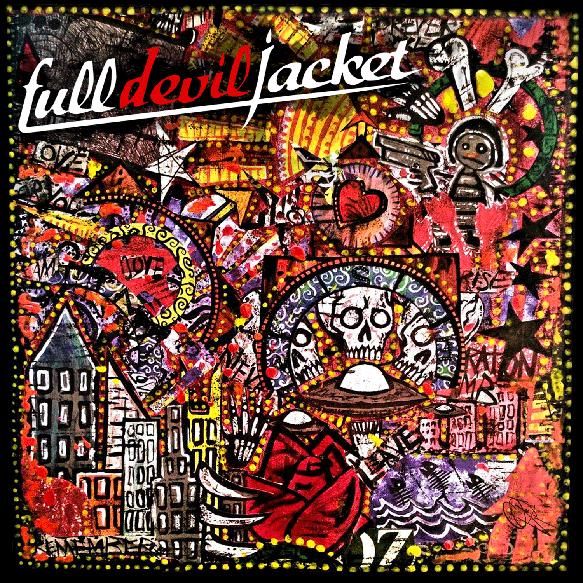