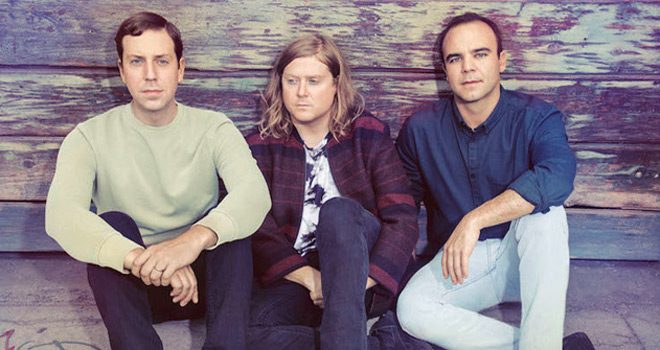 In BBC Four’s 2009 music documentary Synth Britannia, O.M.D.’s Andy McCluskey said in an interview that in 1975 when he first time saw four neatly dressed, slick-haired, bank clerk–looking human “robots” perform a kind of music using what seemed like electronic knitting needles and tea trays, he uttered to himself, “This is the future of music!”

In retrospective, forty years ago, in many ways McCluskey was right. That band was Kraftwerk, and the style of music the quaint quartet were dabbling into is now widely known as Electronic music. Since, the style remains ubiquitous in the scene on to this day. Not only in Pop, in the guise of Synthpop, could one feel the influence of Electronic music, but also in many other genres including Hip-Hop, Industrial, and even Rock. Speaking of Synthpop, waves of young and relatively new bands operating within the genre continue to make their presence felt. One of such groups is the Maryland based Future Islands.

Formed back in 2006, in less-than-a-decade of activity, Future Islands has already put out five albums, all beginning back in 2008 with Wave Like Home. Consisting of Gerrit Welmers (keyboards, programming), William Cashion (bass, acoustic and electric guitars), and Samuel T. Herring (vocals), the band offer a unique sound all their own. That in mind, the strength and character of Herring’s voice emerged fully confident form in their breakthrough, 2014’s Singles, an album that easily catapulted the band onto the list of exciting bands of the decade. Three years after, Future Islands delivers its follow-up in the form of The Far Field.

Released on April 7, 2017 via the legendary record label 4AD, Future Islands’ fifth album is a set of sharper-sounding and more organic songs. This change of aesthetics may be attributed to the incorporation of live drums (in lieu of the previously programmed drumbeats), a trebly and more tubular bass sound, and markedly textured orchestration. Nonetheless, Herring’s soulful, satiny voice that occasionally erupts into Death Metal growls without provocation and Welmers’ omnipresent melodic keyboard lines remain distinctive as ever.

The Far Field starts with the buildup of “Aladdin,” from its sparse intro to its upbeat final dancefloor-worthy structure. The ensuing, equally engaging “Time on Her Side” is as Post-Punk as it could get, owing to its staccato keyboard clinks, synthesizer drone, rolling basslines, and subtle guitar ad-lib; it easily recalls New Order (“Regret”), Monaco (“Shine”), and The Killers (“Human”). The same vibes, albeit in a slower disposition, shine through the next track, “Ran,” where Herring’s vocal emotions come across as that of Keane’s Tom Chaplin (“Quicksand”). What a perfect symmetry. Then there is the sweet, soaring midtempo “Beauty of the Road;” yet the journey has just begun.

“Cave” and “Through the Roses” both carry the album’s overall New Wave sensibility, but their intensity gets heightened, as usual, by Herring’s impassioned vocal delivery. “North Star” and “Ancient Water” are a change of mood – funky, soulful, with a dash of Disco, reminiscent of the Blue-eyed excursions of the likes of ABC (“When Smokey Sings”), Level 42 (“Lessons in Love”), The Associates (“Party Fears Two”), and Fine Young Cannibals (“Johnny Come Home”). Certainly the romantic Sophisti-Pop ballad of the lot, the following “Candles” is sure to kindle a thousand lovers’ hearts.

An apt road-trip song, “Day Glow Fire” is another feel-good track, with a beautiful and memorable keyboard melody to boot. The countryside pulse undulates into the penultimate “Shadows” – a standout track, for its Hook-filled bass styling and because it features the New Wave icon Debbie Harry of Blondie, whose sexy voice complements the feverish tendencies of that of Herring. Finally, Future Islands wraps up its latest work with the cool sway of “Black Rose.” Despite the band’s choice of color for their final flower, their future is certainly not bleak; for their colorful melodies and dancey beats should be the sun and bells of what is more to come.

Such is the enduring and far-reaching influence of Kraftwerk and of the genre that continues to instill its genes into the music of so many contemporary bands. Remarkable is the trajectory of Future Islands’ music from its simple, sunny, and synthesizer-dominated beginnings to its slashing, stirring, and sophisticated transformation. The Far Field is certainly a better breed of Synthpop, the kind which never hates, but instead oozes with love, passion, and sophistication. CrypticRock gives it 4 out of 5 stars. 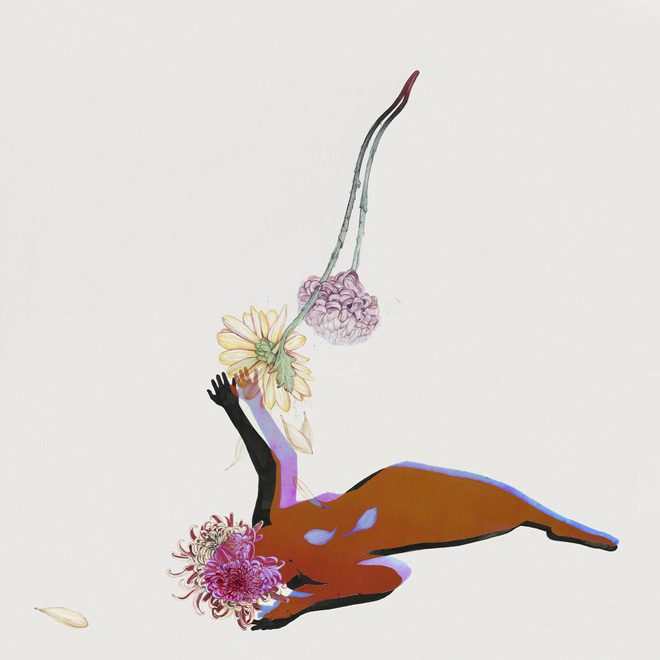