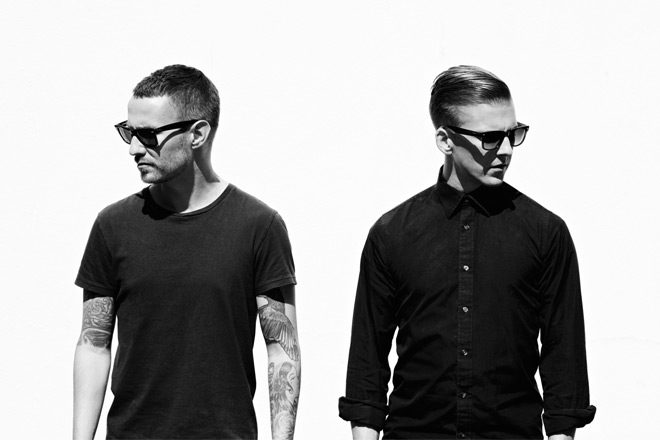 Some may say that the Swedish Pop DJ duo known as Galantis are the next big music sensation when it comes to the Electronic Dance genre. Having written songs in the past for artists including Britney Spears as well as Icona Pop, the duo consisting of Linus Eklöw and Christian Karlsson specialize in making very dynamic, yet familiar Dance music.

Establishing themselves, they quickly signed on with Atlantic Records and started recording tracks in 2013. That following year, they performed at the annual Coachella in Los Angeles and soon received public recognition by many. Soon going on to release their first self-titled EP, Galantis, in spring of 2014, in June 2015 they released their debut full-length album, Pharmacy, going on to promote the album with touring across Europe and North America. Now the Grammy nominated act are back with their sophomore album, The Aviary. Released on Friday, September 15, 2017 via Big Beat Records and Atlantic Records, the album comes with a lot of expectations attached.

Why you ask? Well, the album’s single, “No Money,” included Vocalist Reece Bullimore and became Galantis’ first single to debut on the US Billboard Hot 100. Released over a year prior to the album, it is an anti-bullying anthem with heavy bass, drums, and electronic tones with some high pitch vocals. A big accomplishment, with the help from L.A. based Producer Hook n Sling, they continue that trend upward with their latest single “Love on Me.” Including vocals from English Singer-Songwriter Laura White and Cathy Dennis, White’s singing is deployed in a haphazard combo with high pitch harmonies. It is a fun-filled song that carries an eclectic and soulful theme with a full orchestra including strings and a steel pan synth bubble.

Then there is the single “Pillow Fight,” which was first performed live and unveiled at a college tour in San Jose, California back in December of 2016. Describing a lover’s quarrel, it features an echoing sound with a dance anthem. This comes before yet another promotional single entitled “Hunter,” which pleas for love. A different track compared to the rest of the album, it contains a low quiet beat with high-pitch vocals from Co-Writer Hannah Wilson.

Enough about the singles though, let us talk the rest of The Aviary. Twelve songs in total, there are plenty of additional highlights including “Girls on Boys,” a collaboration with American Singer-Songwriter Rozes. Showing the darker side of the duo with lyrics touching the topic of material things – money, diamonds and champagne – cannot mend the feeling of missing someone you love. Dark, yet carrying an upbeat vibe, the chipmunk squeaky anthem is light and fluffy with a euphoric element.

After much anticipation, it is nice to see The Aviary is finally out! Overall, Linus Eklöw and Christian Karlsson’s effort is a wild, yet complete album, soaring through myths and clouds. While summer is behind us, it is a classic summer festival soundtrack filled with plenty of Pop themes. The Aviary proves that Galantis has the material and creative mind to make music in a distinctive way. A force to be reckoned with in the years to come in the Electronic Dance world, Cryptic Rock gives The Aviary 4 out of 5 stars. 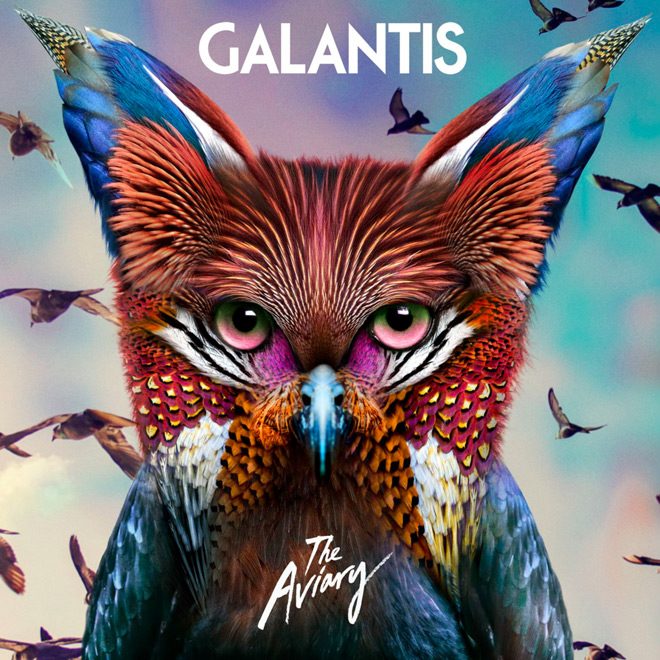