“Who run the world? Girls.”  Viewers have already seen that the women of the seven kingdoms are forces to be reckoned with, and that theme is only reinforced in Game of Thrones’ fourth episode, Book of the Stranger. In what many would call an “epic” ending, Game of Thrones delivered in a major way. But, before one gets to the mother of dragons, there were quite a few other moments sprinkled through the episode that made viewers feel an emotion one is rarely allowed on the generally dismal series. Happiness, joy, and elation, those are just a few adjectives that can be used to describe what fans felt as two of our beloved Starks were finally brought back together. 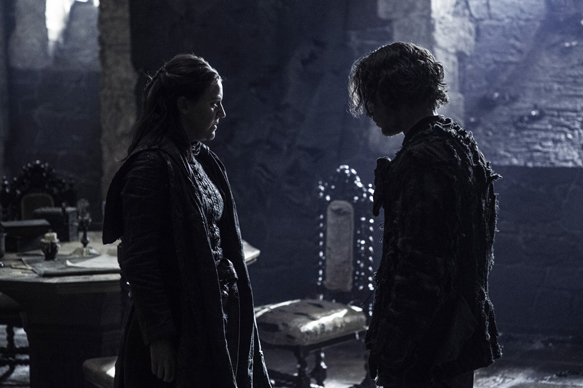 Reunited, and it feels so good. Before Jon gets the chance to leave Castle Black behind and travel south to get warm, there is a commotion at the gate. As the gate opens, the audience sees Sansa, accompanied by Brienne as well as Podrick, and if everyone did not do the “happy, happy, joy, joy” dance here, well, what is wrong with you? There is a pause as Sansa and Jon lock eyes with each other before running into an embrace. It is obvious there are many emotions going through each of their minds and it is deeply satisfying to watch.

While the two spend some time laughing as they catch up, we see how much Sansa has grown. She is not the annoying, naive girl from season one, but is now a woman who has been through her share of turmoil. She is ready to fight to reclaim Winterfell, but Jon does not share the same desire. He wants to leave the North, along with Sansa, but the only place she wants to go is home. Jon is disillusioned by all the battles he is already fought and lost. In one of various moments in the episode where a sister shows more strength and bravery than her brother, Sansa argues that Jon, along with the Wildlings, can march to Winterfell, but also confesses that she will fight with or without his help.

Meanwhile, Davos approaches Melisandre, who is convinced Jon is the “Prince That Was Promised,” but their discussion is soon interrupted by Brienne, who reveals that she does not forgive or forget, referring to Renly Baratheon’s murder, and basically implies that Melisandre should keep one eye open. She also reveals she killed Stannis, denouncing any theories that Stannis is still alive somewhere. 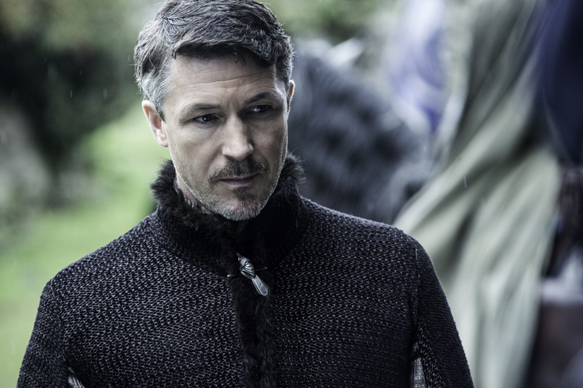 If anyone has been wondering where Littlefinger has been during the last few episodes, fans finally see him again as he returns to the Vale. As cunning and manipulative as ever, Littlefinger turns things around when he tells Lord Royce that Sansa was kidnapped by the Boltons, and then implies Lord Royce was involved in setting it up. Littlefinger’s power over Robin, who is more interested in the bird he has been given, is displayed when Robin leaves it up to Littlefinger to decide if Lord Royce is guilty. It is obvious that power is the only thing motivating Littlefinger, and he makes his next move by convincing Robin to rally the forces of the Vale to help Sansa and take down the Boltons.

Fortunately, Daario and Jorah are closer to saving Daenerys as they reach Vaes Dothrak. Daario cannot resist antagonizing Jorah and as they reach the city, leaving their weapons behind, Daario notices Jorah’s Greyscale sickness. Soon the two run into a couple Dothraki and it seems like Jorah may be in trouble, but he is saved by Daario, who snuck in his beloved knife. Dany is chatting with the rest of the banished widows, but quickly gets tired of the chatter and walks off with another khaleesi. The two seem to bond, with Dany even offering to show the young widow her dragons, but the conversation does not last long. Daario and Jorah grab the young girl, but Dany convinces them to let her go, revealing she has an alternate plan.

In King’s Landing, fans see Margaery again as she meets with the High Sparrow. He tells her of his life as a cobbler and how he fell into a life of debauchery, which prompted him to give it all up to live a pious life among the poor. Margaery is treading carefully as she figures out how to get out of the mess she is in and is granted an audience with her brother, Loras. She finds Loras in terrible shape. The audience does not know what exactly has happened to him, but they do know it is bad because he begs for Margaery to make it stop. Margaery agrees, needing to be strong for the both of them. 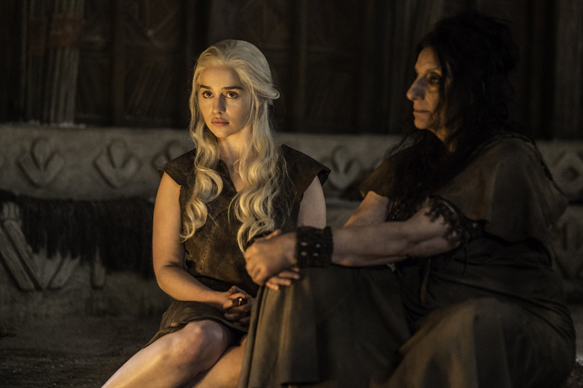 Elsewhere, Cersei and Tommen speak about Margaery’s imprisonment and the High Sparrow’s insane plans. Tommen is concerned for his wife and asks Cersei to be careful in how she deals with the High Sparrow, but she soon convinces Tommen to reveal that Margaery is ready to confess and experience her own “walk of atonement.” Cersei takes this information to Kevan and Lady Olenna, and both Cersei and the Queen of Thorns agree that Margaery’s walk of shame cannot happen. They form a plan to have the Tyrell army come to King’s Landing and take over.

Poor Theon. He makes his way home to the IronIslands, finds out his father is dead and then is greeted with hostility by his sister. The man has been through it, and Yara knows that, but she is angry and feels betrayed that men died trying to save Theon. She also suspects that he returned home to make a move to become king, but Theon confesses that he does not want to be king and thinks she should rule.

There were so many satisfying and hopeful moments during Book of the Stranger, but we should have known there would be at least one moment that would end in tragedy. After being cleaned, Osha is brought to Ramsay and the two have a talk, where Osha pretends to be indifferent to the Starks and unconcerned with Ramsay’s brutality. She tries to make a play for Ramsay’s knife, while giving him what she thinks he wants. In the midst of a make-out session she cannot be enjoying, Osha tries to grab a knife on the table, but is stabbed in the throat, eventually bleeding out on the floor. It is just another day and another kill for Ramsay, who redefines the term sociopath.

Back at Castle Black, Sansa and Brienne are treated to an unappetizing dinner, but the moment that has become one of the most memorable of the episode is Tormund’s flirtation with Brienne. The chemistry between the two is undeniable. As Tormund gives her his most seductive stare, Brienne looks unimpressed and it is a very amusing scene that has already caused fans to ship these two characters.

The lighthearted moment is soon interrupted by a letter from Ramsay Bolton, indicating he is holding Rickon prisoner, and that he plans to travel north to butcher Jon and the Wildlings, among other brutal acts if Sansa is not returned. Finally, Jon is provoked enough to take action and tries to see if the Wildlings have enough of an army to fight against Ramsay’s 5,000. The Wildlings can only offer 2,000 able fighters, but Sansa reminds Jon that there are people in the North still loyal who will answer Jon’s call.

Let us face it, Dany’s storyline to this point has been pretty slow, but that all changed in the final moments of the episode. The mother of dragons proved just how bad-ass she has always been when she is brought before the khals. But, fans know by now that nobody puts Dany in a corner. This “girl on fire” knows exactly what she is doing as she taunts Khal Moro. When he threatens to have her tossed around among his men and eventually to horses, she looks at him with a smug smile before finally killing every khal in the room as she sets it ablaze. As the temple burns, the Dothraki all gather around to watch as Dany emerges unharmed, falling to their knees. With all that in mind, CrypticRock gives Book of the Stranger 4 out of 5 stars. 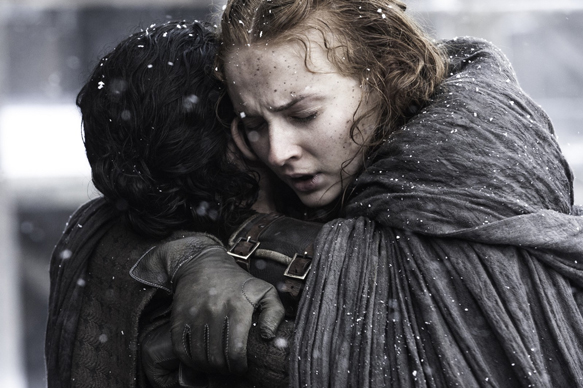