HBO’s Game of Thrones is a master at building anticipation. Fans waited for months to find out if Jon Snow would come back to life, and so it is not surprising the show held back on the reveal all thought would be received in the season’s third episode, Oathbreaker. Is it Lyanna Stark that is in that tower? One does not know yet, but viewers did receive enough information to speculate that the R + L = J theory is most likely true, and were presented with many other developments for the Starks. 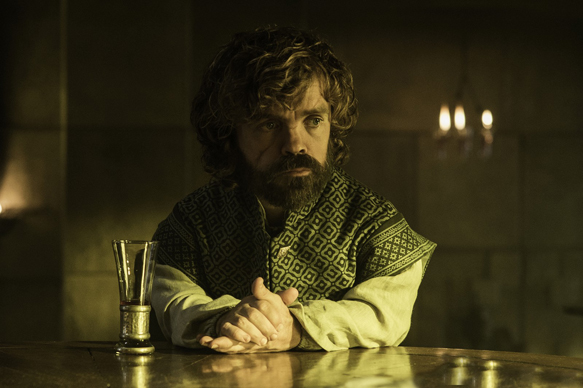 The episode picks up where last week’s left off, with Jon Snow gasping for air while the camera focuses on Davos’ stunned reaction. A naked Jon is quickly covered by Davos and soon asked by Melisandre what he saw after his death. He reveals he saw nothing, but Melisandre is convinced Jon is the “prince that was promised,” rather than Stannis. Jon appears to be in shock rather than relieved, uttering that he should not be there, a sentiment that is repeated later in the episode. He is battling with the knowledge that he tried to do what was right and got killed in the process, inferring that he is a changed man.

As Jon walks amongst the men of the Night’s Watch, they all look at him in silence, and he is told by Tormund that they think he is a god. But, the intensity of the moment is quickly lightened by some much needed humor in the form of a dick joke. Tormund playfully jests, saying, “What god would have a pecker that small?” He is then embraced by Dolorous Edd and greeted with another joke, his friends clearly happy to have him back.

The audience finally catch up with Sam, who is suffering from seasickness, while Gilly seems to be handling the journey with ease on their way to the Citadel.  There is a tender moment between the two when Gilly refers to Sam as the father of her child. Unfortunately, there is also a lot of vomiting, courtesy of Sam. He reveals that Gilly will stay with his family at Horn Hill rather than Oldtown, which she was looking forward to, revealing he will be breaking his promise to go wherever she goes. 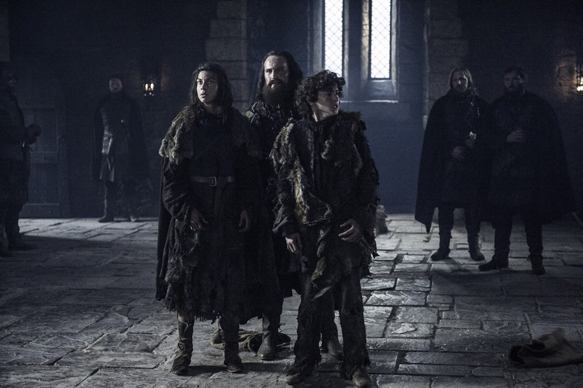 Then viewers see Bran and the Three-Eyed Raven again, this time watching events unfold at the Tower of Joy. A young Ned Stark and Howland Reed, along with a few others, are there to face off against the badass that is Ser Arthur Dayne, known for being the greatest swordsman in Westeros. He does not disappoint, handling two broadswords with ease. Ned, who suspects his sister, Lyanna, is being held captive at the Tower of Joy, wants her back, and it is both the knowledge that Rhaegar Targaryen left his best swordsman at the tower, who is defeated by a stab in the back from Reed, and Ned’s return to Winterfell with a bastard child, that fuels further speculation that Jon is the product of Rhaegar and Lyanna.

Bran is disappointed to see that the story he was told of his father defeating Dayne is not true, but does not get to see much more, being brought back by the Three-Eyed Raven after a scream from the tower is heard and Bran wants to stay to find out more. He is told he has to learn everything, but also not to stay somewhere he does not belong for too long, proving the information that fans have eagerly awaited will be revealed slowly.

Meanwhile, the audience get a brief moment with Daenerys, as she is taken to Vaes Dothrak to join the other widows. Yet, things seem to be harder than she anticipated after she learns she must be judged for breaking the tradition of not immediately coming to Vaes Dothrak after the death of a Khal.  Here is hoping Drogon is not too far away while Dany waits for the Dothraki to decide whether she will live or die.

In Meereen, Varys, cunning as ever, is trying to get to the bottom of who is in charge of the Sons of the Harpy, which he learns is a bigger problem that he thought. After interrogating Vala, the woman who played a key role in the destruction of Dany’s rule by the Sons of the Harpy, he is able to get her to talk after making her choose between her loyalty to the Sons of the Harpy and her son. While Vala contemplates the offer of a ship for her and her son to travel to Pentos, Tyrion waits with Missandei and Grey Worm, who are not very talkative. It is an amusing and awkward moment that Tyrion is relieved, soon interrupted by Varys, who reveals that the men in charge at Astapor, Yunkai and Volantis are funding the Sons of the Harpy. 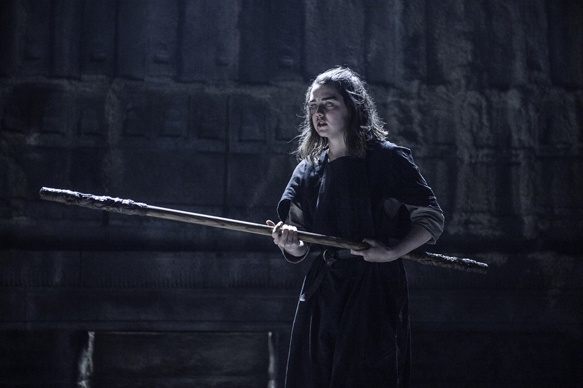 Varys is known for his “little birds,” but it seems he is not the only one that will be using an army of child spies to acquire secrets. As we return to King’s Landing, we see that Qyburn is taking over Varys’ spies to obtain knowledge for Cersei who wants them everywhere she has enemies. We also get confirmation that the monstrous man that has been guarding Cersei is Gregor “The Mountain” Clegane (no surprise there). Cersei also wants a place of the High Council, but her uncle, Kevan Lannister, refuses, and Cersei also gets cut down by Lady Olenna, who mocks the incestuous nature of her relationship with Jaime. Cersei and Jaime try to take their seats anyway not too long after we get a “who farted” moment with both Maester Pycelle and Macy Tyrell appearing guilty of the act. But, the rest of the group shortly leaves rather than include them.

King Tommen tries to put his big boy pants on and confronts the High Sparrow, but he is no match for the old man’s charms. After claiming that his mother has suffered enough, he is soon pulled under the High Sparrow’s spell and his impressionable mind is no match. What he needs is some Arya Stark butt-kicking.

In Braavos, Arya continues to receive her Daredevil 2.0 training and she is eventually able to defeat the Waif at the House of Black and White. In the midst of her stick battles, she is questioned by Jaqen, who brings up Arya’s revenge list. But, she seems to pass every test, claiming, “A girl has no name,” and proving herself to Jaqen. Her reward is a drink from the well, and a girl is no longer blind.

As fans sigh in relief for one Stark, they squeal in horror for another. Now that all the major players in the North are run by the sons that do not care an iota about tradition, Lord Umber has brought poor Rickon and the girl that was supposed to protect him, Osha, as a gift for Ramsay.  Nooooooooo! Lord Umber proves it is the youngest Stark by presenting Ramsay with the head of Rickon’s direwolf, Shaggydog. And then there were three.

The episode ends where it began, at Castle Black where fans see Jon face those that betrayed him, including Ser Alliser Thorne and young Olly. They are all to be hanged but are given some last words. Thorne surprisingly does not fight it, claiming he did what he believed was right to protect the traditions of the Night’s Watch. But, it is clear Olly is still harboring hate for Jon, before Jon lets them all hang. He walks away in a “drop the mic” type of moment, giving his Lord Commander cloak to Edd and ending his watch. CrypticRock gives Oathbreaker 4 out of 5 stars. 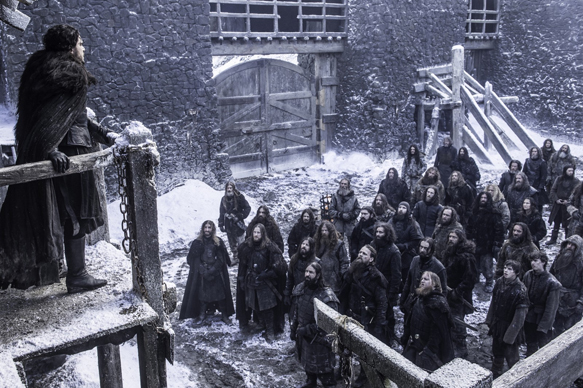