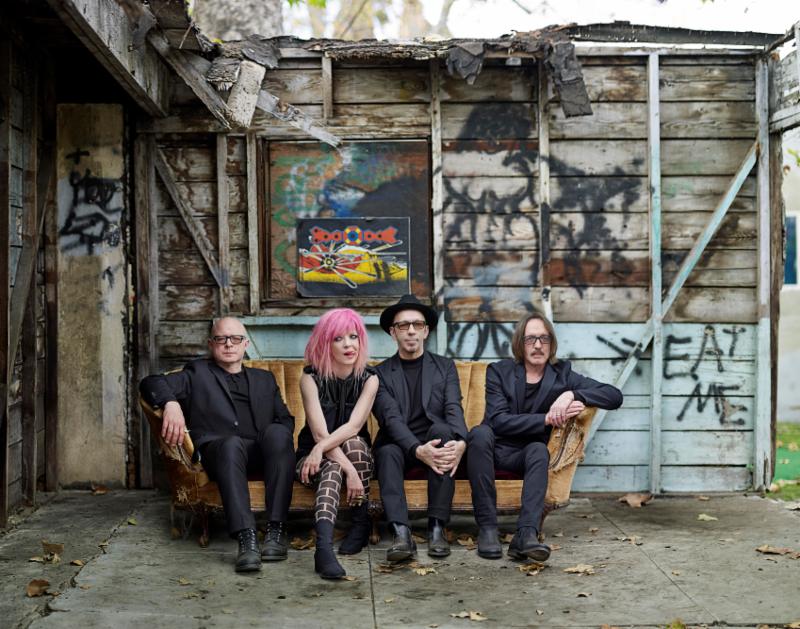 Since the beginning of their career, American-Scottish band Garbage never really fit into any particular genre of Rock. Weaving in and out of Grunge, Alternative, Industrial, and even Pop Rock, Garbage has never really needed the boundaries of a label. Immediately making an impact upon the release of their self-titled album in 1995 with songs such as “Only Happy When It Rains,” “Stupid Girl,” and “Queer,” it quickly became a landmark in Alternative music. Equally successful with 1998’s Version 2.0,  2001’s Beautiful Garbage, while not selling as high, has always been considered a phenomenal album among fans. Only four years later, Bleed With Me ultimately became a career benchmark for the band, however, it was shortly after that Garbage decided to go on a hiatus, thus concluding their first chapter.

Ending their hiatus in 2007 with a few new tracks, the official return came in 2011, and 2012’s Not Your Kind of People launched the second chapter of their career. With all that said, Garbage has remarkably stuck together as equal collaborators, songwriters, and producers for over two decades now. A dedicated group of friends/bandmates consisting of Shirley Manson (vocals, keyboard, guitar), Duke Erikson (bass, guitar, keyboards), Steve Marker (guitar, keyboards), and Butch Vig (drums), Garbage has come around again to prove that they are still fresh, relevant with their sixth studio album, Strange Little Birds, released on June 10, 2016 via their label Sunvolume Records.

Their second independently released album, Garbage once again had the flexibility to experiment freely, spreading their unique traditional style to create something more cinematic. Producing the album themselves with long-time engineer Billy Bush, the recording took place between Vig’s intimate basement studio and Bush’s Red Razor Studio in Los Angeles. What sets Strange Little Birds apart from the rest of their catalog is the songwriting process was less meticulously planned. More easy-going and spontaneous, there was room for experimentation, which brought them back to a similar mindset when they recorded their debut.

Kicking off with a soft, atmospheric intro on “Sometimes,” a brief silence follows before it reaches a heavier direction that continues to mesmerize the listener with its simplistic approach. The rhythm mainly follows Manson’s vocals, as it appears she is singing through her subconscious on thoughts and feelings of insecurity, strength, and heartbreak. Moving to a more traditional Garbage style, “Empty” lends a Trip-Hop sound to Post-Grunge similar to 1998’s Version 2.0. The lyrics showcase how faking yourself to impress others could result in losing yourself along the way; “They don’t seem to know exactly what they want when they pass me as they smile when they go.” The next song, “Blackout,” holds a darker intro that could have belonged to either 2001’s Beautiful Garbage or 2005’s Bleed Like Me with lyrics such as “I’m already broken hearted, so let’s get this party started.” It reveals their edgier Alternative style where the guitar seems to be at the focal point along with the dramatic bass lines. It is the longest and angriest track as lyrics scream with determination; “Fake it till you make it, break with the world, blackout.”

The album keeps its melancholy vibe during the next track, entitled “If I Lost You.” This song alone was written about Manson’s husband, the Co-Producer Bush, as it unravels in thoughts of jealousy, fear, and despair, personified with the words “Every time I see you walking out, I wonder if you’re coming back to me.” It erupts in a Trip-Hop style as a bass-line soon follows in a similar rhythm to “The Trick is To Keep Breathing” from Version 2.0 in a different, eerie, and subtle way. Continuing with the depressive emotion, “Night Drive Loneliness” opens with sounds of a rainstorm as though one is walking through their own sorrowful downpour of regret. A guitar riff hits as Manson’s voice echoes in with “lonely” as it switches off to a hazy, electronically-induced flow. The stinging lyrics reflect on past regrets such as “I’m so nervous, like a cat on a hot tin roof, and I want to get wasted, forget all about it, like the blue dress in my closet.”

The album takes a newer direction where Vig was the primary songwriter for “Even Though Our Love is Doomed.” This includes the lyrics, which continues the personally doomed theme with phrases such as “I need to understand. Why we kill the things we love the most,” and “Even though our love is doomed, and even though we’re all messed up, we’re still waiting for tomorrow, we’re still aching for tomorrow.” At parts, the song feels as though it is accepting a dysfunctional and possibly failed relationship with the verse that states “And even though our love is cruel, and even though our stars are cross, you’re the only thing worth fighting for, you’re the only thing worth dying for.” It is another compelling piece where the music captures the moment of a relationship dwindling apart, yet fearing to fly free from it. It also holds the title of the album as it describes the desperation not to let go of a failed relationship with “And maybe I should break the chain, maybe I should break the connection. Such strange little birds, devoured by obsession.”

As the album continues to engage,”Magnetized” chimes in with an electronically induced opening. Different instrumentals erupt as it brings in a repetitive rhythm that also includes continuous lyrics. It is more of an experimental track, however, maintaining a traditional Garbage style. Moving towards a similar Bleed Like Me essence with “We Never Tell,” the track spirals along with a story that could be interpreted in two different ways. One could involve a secret love affair, and the other could be where two lovers were too shy to reveal their feelings for one another. Moving in with a Trip-Hop opening with “So We Can Stay Alive” holds a harsher melody that consists of aggressive breakdowns similar to the style of the self-titled debut album as it continues to move with chaotic distortions.

As the album nears a close, “Teaching Little Fingers to Play” retrospectively enters. There is a verse that states “I was young and naive, all I wanted to do was please, please, please. But things, they change, and I’m a big girl now. I’m all grown up; I’m all grown up, no one around to fix me now.” It showcases the aftermath from earlier hits “Fix Me Now” and “When I Grow Up,” where Garbage has matured and grown since, realizing that one cannot rely on others to fix them as it is ultimately up to oneself. The music moves with reflective tranquility as though it equally looks back at one’s childish, old self in the mirror. The album concludes with “Amends” as it peacefully soothes the listener. There is a subtle haunting and disturbing melody that brings back old wounds as the lyrics continue to reflect; “It’s a shame that we don’t talk. I miss your face and life is short.” A song that summarizes the entire album; it continues to open old, hidden wounds to the listener.

Strange Little Birds captures the emotions of sadness and darkness with the use of enhanced cinematic and atmospheric landscapes. These emotive themes brilliantly add tragic disturbances that many have experienced after a failed relationship, mistake, or the general anxiety and fear of loss that many experience. It musically stings the soul while revealing that no one is alone with this unavoidable pain. CrypticRock gives Strange Little Birds a 5 out of 5 stars. 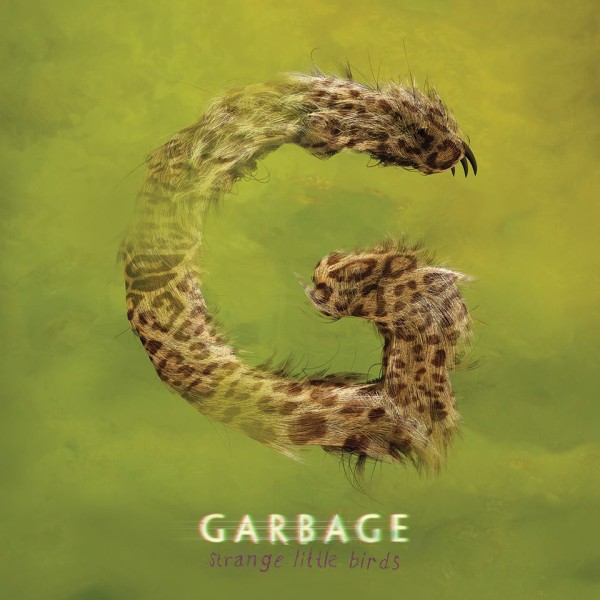