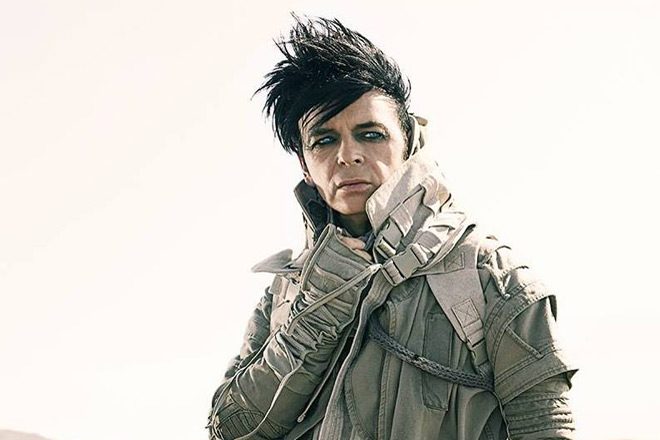 Many enthusiasts of New Wave and Synthpop music, and maybe even casual fans of Gary Numan himself, have associated the English artist with the now classic New Wave anthem “Cars” and thought that he has long stopped producing music. That is certainly lovely, but is simply inaccurate. For one, Numan never really stopped from making music. Second, to confine the sonic soldier within the music of his past is unfair; it underestimates the volume and richness of his music. For after inspection, one will realize that Numan, who has released twenty-one studio albums, is one of the most prolific artists in the genre, not even lagging far behind David Bowie, who had twenty-five.

Born in March 1958, in Hammersmith, London, England, Gary Numan started his music career as the frontman of the New Wave band Tubeway Army, with which he released two full-lengths, 1979’s self-titled album and the following year’s Replicas, whose sound documented Numan’s musical transition from the abrasiveness of Post-Punk to the electronic predisposition and melodic gloss of New Wave/Synthpop. The success of especially the band’s second album, which spawned the now classic single “Are ‘Friends’ Electric?,” deemed it to be also the last. For, only half a year after its release, Numan immediately emerged as a solo artist, with the strength of his first lone endeavor, that same year’s The Pleasure Principle, which many regard as a New Wave hallmark album, containing Numan’s and the genre’s most recognizable song, “Cars.”

However, Numan did not rest on the hood of his most successful song. He soldiered on through the illustrious 1980s, which saw the prolific Numan releasing eight albums, from 1980’s Telekon to 1988’s Metal Rhythm, in which his foray into a more Industrial sound has been fully realized; and into the decades that followed—four albums for the ’90s, two for the 2000s, and three for the 2010s, including the newly released Savage…, his overall twenty-first oeuvre.

Unleashed on September 15, 2017, via BMG, Savage (Songs from a Broken World) is a sequel to 2013’s Splinter (Songs from a Broken Mind), with which it shares similar thematic scope and musicality. Its Industrial elements are well aligned with the similar excursions of the likes of Ministry (Psalm 69: The Way to Succeed and the Way to Suck Eggs), Skinny Puppy (Mind: The Perpetual Intercourse), and Nine Inch Nails (The Downward Spiral), all of which cite Numan as one of their musical influences.

It opens with the sparse, Middle Eastern–flavored Industrial punch of “Ghost Nation.” The ambience turns even deeper into the desert-dry regions of the subcontinent, as the World-inspired “Bed of Thorns” comes at play. Spiraling next and then crawling ominously afterwards is the dizzying crunch and hypnotic, Arabic mode of “My Name Is Ruin.” Slower, darker, and blood-curdling, “The End of Things” has truly captured Numan’s vision of an apocalyptic future; but whose celesta Pop melody balances the song’s gloom. It will fit on a playlist that includes similarly Gothic-inspired Synthpop songs like “Black Celebration” by Depeche Mode, “The Great Commandment” by Camouflage, and “Ravishing Delight” by Trisomie 21.

The pseudo-romantic “And It All Began with You” and the Synth-Grunge hybrid “When the World Comes Apart” are further treks down the barren land of guilt, destruction, blame, and sonic sparseness. At this stage, the initiated may be reminded of similar morbid excursions and aural angst of bands like HIM (“Join Me in Death”), My Chemical Romance (“Welcome to the Black Parade”), and 30 Seconds to Mars (“From Yesterday”).

Then there is the floating, spacey soundtrack sound of “Mercy,” whose rhythm and pattern seamlessly bleeds into the ensuing “What God Intended.” Nearing the end of the hero’s journey, the emphatically percussive yet synth-driven “If I Said” envelops the listener with its swelling and undulating rhythm. Finally, Numan closes his filmic opus with the disturbing, chopping attack of “Pray for the Pain You Serve.” The credit rolls: With Numan at the helm as songwriter, vocalist, and keyboardist are longtime collaborator/composer Ade Fenton on keyboards and programming; Steve Harris on guitars; Tim Slade on bass; and Gary’s daughter Persia, who provided the eerie female voices.

Savage (Songs from a Broken World) is a total package—conceptually cohesive from title and cover design to lyrical themes and musicality itself. It will pass as a soundtrack to a fictional dystopian Science Fiction Action-Thriller film in the epic caliber of Mad Max (1979), Dune (1984), and In Time (2011). After all, Numan himself describes his latest offering as “set in a post–global warming, apocalyptic Earth in the not-too-distant future,” in which “the planet [has become] a desolate, desert wasteland.” Such an imagery for a meticulously conceived and well-produced album. CrypticRock gives Numan’s new masterpiece a well-deserved 5 out of 5 stars. 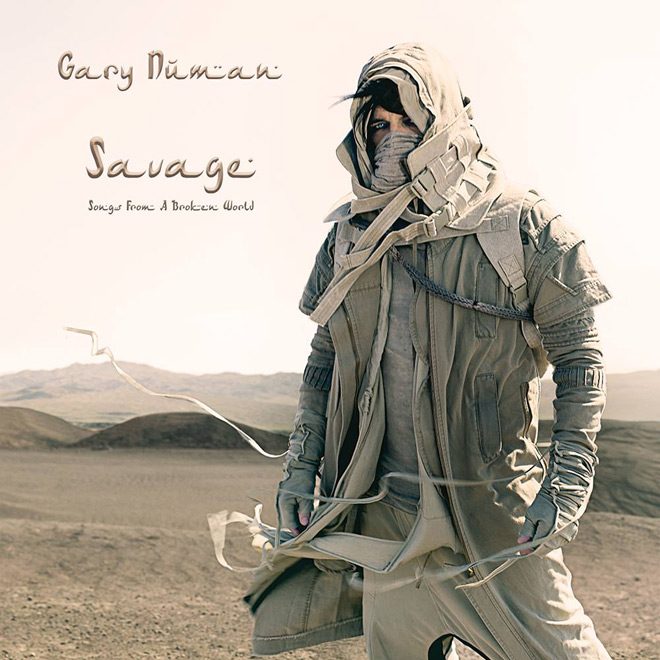