True tale: we create monsters in our minds to help us deal with the monstrosities of modern life. That said, beware, there are indeed creatures lurking in the woods surrounding The Gatehouse, a new Gothic Horror/Fantasy Adventure from Uncork’d Entertainment, which arrives to VOD on Tuesday, December 5, 2017. 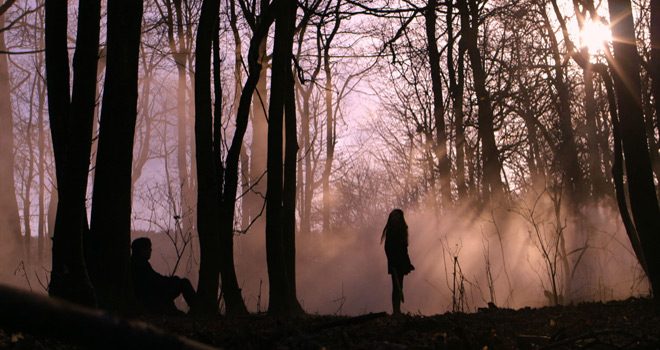 In a somewhat ramshackle gatehouse at the edge of an ancient wood lives precocious ten-year-old Eternity (Scarlett Rayner’s acting debut), who has an old soul yet burps when she is scared, and loves digging for buried yet quirky treasures like unicorn skeletons. Her father, Jack Winter (Simeon Willis: Narcopolis 2015, Hetty Feather series), is an out-of-work writer who encourages his daughter’s wild horse of an imagination while lovingly chaperoning her treasure hunts, burying books for her to discover and cherish. Though, tragically, father and daughter are both haunted by the constant sadness attached to the loss of Eloise (Zara Plessard: Prime Contact short 2014, The Missing Painting short 2016), Jack’s young wife who drowned several years earlier.

With their finances causing Jack to continuously worry and, in turn, have nightmares as well as Eternity suffering from nightmares due to the fear of monsters under her bed and creatures behind her curtains, the pair are sleep-deprived but very much a loving and supportive family.

As Eternity trolls the woods – with her trusty spade in-hand – searching endlessly for the treasure that will bring money to her family and alleviate her father’s stresses, she encounters nosy neighbor Algernon (Linal Haft: Moulin Rouge! 2001, EastEnders series), then soon after discovers a black rune stone with a strange clover-like design on its surface.

With the help of a kindly and concerned neighbor named Mary (Melissa Knatchbull: Four Weddings and a Funeral 1994, The Saint 1997), Jack is able to land an emergency meeting with his agent (Hannah Waddingham: Les Misérables 2012, Game of Thrones series) and, after an awkward conversation wherein said agent insists there is no work – and Jack insists that he will do literally anything – she produces an unfinished manuscript entitled “The Legend of the Black Flowers,” which is a mythical and historical look at a local lure that involves Paganism, Witchcraft, and Demonology in the ancient forest. 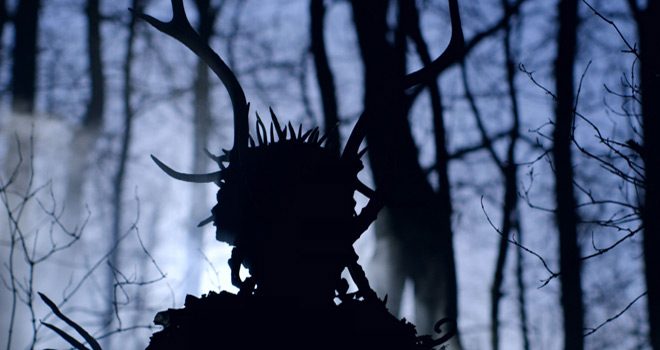 Shortly thereafter, two young women – Daisy (Vanessa Mayfield: Outside the Box 2014, An Angel at Christmas 2014) and Poppy (Samantha White: The World’s End 2013, The Rizen 2017) – are attacked in the woods while stumbling home from the local pub and one goes missing. With Constable Black (Sarine Sofair: Anna Karenina 2012, The Inuring 2016) roaming the woods in search of evidence and a mounting, haunting suspicion that all is not right in the forest, Jack will have to buckle down on his research while attempting to keep a very close, watchful eye on his spirited young daughter. All the while, he must also solve the riddle of the black flowers and, in turn, return the forest to peace.

Clocking in at 97 minutes in-length, The Gatehouse was written and directed by the award-winning Martin Gooch (After Death 2012, The Search for Simon 2013). The film also stars Paul Freeman (Raiders of the Lost Ark 1981, Hot Fuzz 2007) as author Evelyn Eldritch; Stephen Boxer (Prime Suspect: The Scent of Darkness 1995, The Iron Lady 2011) as one truly quirky curator; Tayo Elesin (Bloodshot 2014, The Journey of Alfred Small short 2015) as the postwoman; Anda Berzina as psychic Jadis, and Writer/Director Gooch in a cameo appearance.

The Gatehouse is an intriguing production that, over all, does a wonderful job of crafting a tale that is uniquely enjoyable. The gorgeously idyllic English countryside provides the stunning setting for a modern fantasy that explores the forest as a living, breathing entity, with the ability to manipulate and outwit its inhabitants. The premise is not wholly unique, though the script here is wonderfully-composed with wit and wisdom, and one truly loveable little girl at the heart of it all. As main character Eternity, little Scarlett Rayner is truly a shining star: she displays a vibrant personality and a wit and wisdom beyond her years. Even in moments where the script seems to lag, Rayner injects an enthusiasm and passion into her performances that saves any floundering. Not far behind his sassy co-star, Willis’ Jack is equal parts fun, loving, tender father-figure and creatively yearning, artistic soul. 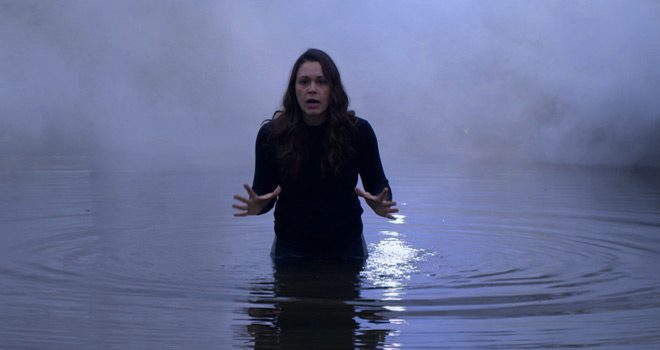 Unfortunately, The Gatehouse, as a quasi-Fantasy offering, has some massive boots to try to fill in the areas of costuming, Special FX, and Special FX makeup. Costuming for the “horned god” is not all bad – especially when the creature is standing still – however, the Special FX and Special FX makeup both play-out like cheaply-constructed add-ons that do more to harm the production than any good. With a girl consumed by a tree, ghostly imagery, nightmare sequences, and a bloody finger-removal, there is ample opportunity to for the effects to shine and yet, these creative scenes are more blah than hoorah. Ultimately, these attempts feel somewhat cheesy and give the film a definite lower-budget feel.

Fortunately, with the stellar performances of both Rayner and Willis in the leading roles – and some truly heartwarming on-screen chemistry between the pair – The Gatehouse never grows boring (“Only boring people get bored!”) and is generally able to overcome the majority of its shortcomings.

A film that can quote Tennyson while paying homage to 1981’s Raiders of the Lost Ark, all the while feeling like a quirky cousin to 2006’s marvelous Pan’s Labyrinth, The Gatehouse is a lovely offering that shows off the vast talents of its Writer/Director Gooch and its phenomenal cast. These woods are lovely, dark and deep and CrypticRock give The Gatehouse 4 of 5 stars. 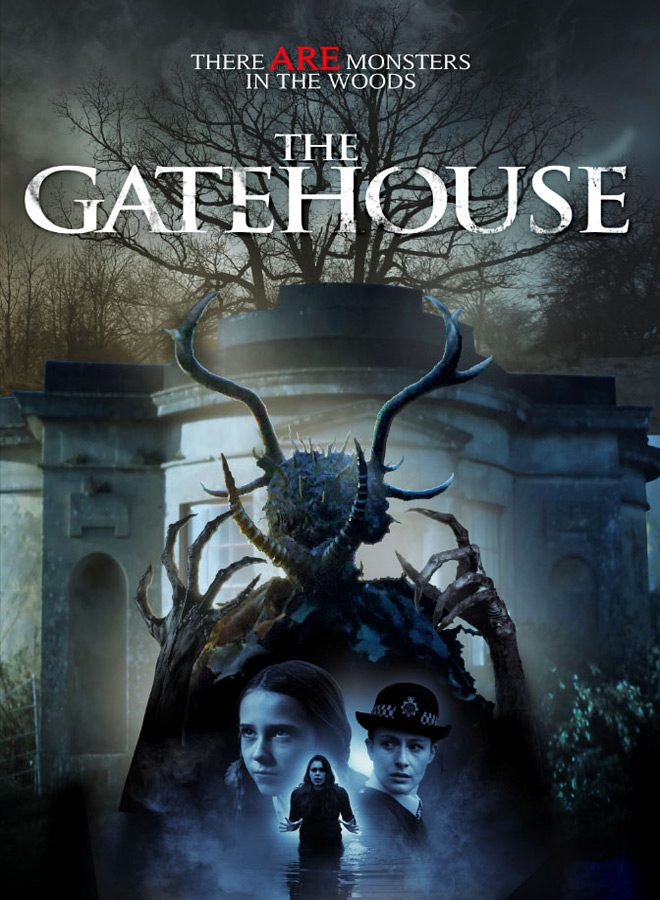