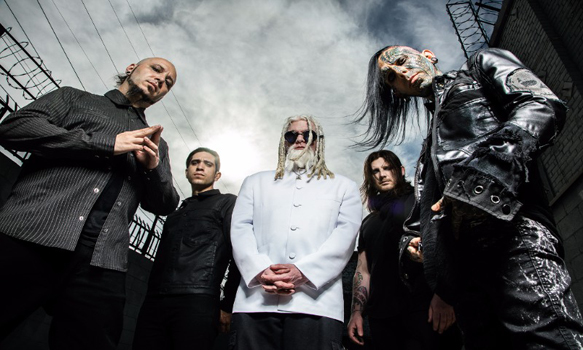 Gemini Syndrome broke out on the Alternative music scene with 2013 their debut album, Lux, and made waves with their unique sound and the vocal dexterity of Frontman Aaron Nordstrom. The band’s cult-like following of fans are affectionately referred to as “Synners,” and they have been gaining in numbers over the years as the band has toured the country and travelled on festival circuits, recruiting new ears at every stop. Currently comprised of Aaron Nordstrom (vocals), Brian Medina (drums), and Alessandro “AP” Paveri (bass), the men of Gemini Syndrome have ventured out once again with something new to shock our senses and lure more “Synners” to their music. With their sophomore release, Memento Mori, they have raised the bar.

The quality of sound and reverence with which they write and compose music shows that these guys are on a completely different level than their contemporaries. “Anonymous” introduces us to the album with its winding buildup and compelling breakaway. It is a driving song that invigorates and engages the listener right at the onset of Memento Mori. The Industrial and Synth elements add a delightful crunch to the track that keeps the ears perked and fist in the air. Thier message is simple and compelling: “everybody love each other.” They sing of unity and being “one and the same,” meaning we as people are all in this together and “this” is life.

Throughout the album, the percussion is one of the most gripping elements propelling each song forward, never-ending and up-sweeping. Nordstrom’s vocals are evocative and riveting in songs like “Gravedigger,” where he asks that “you bury the darkness inside of you.” It is a spine-tingling tune with a sweeping chorus that is led by the smooth croon of his voice. Like a blanket of comfort, his voice wraps itself around the listener, and despite the morbid title, there is something eerily comforting in this song. “Eternity” is another song that just makes one want to move, and the listener feels it at the core. Like an anthem of new beginnings, it springs to life in the chorus and crescendos in the swells of Nordstrom’s vocal projections. It is here that the men of Gemini Syndrome remind the listener that everyday is a chance to start again and that it is never too late to have the life and the things one wants.”Lucido Somnium” is a beautiful instrumental intermission on the album, preceded by “La Devastante Verita” three songs earlier, “Lucido Somnium” breaks up Memento Mori into its third and final section.

“Say Goodnight” is a gorgeous ode to releasing that which attempts to withhold and control one’s self. Delivering a message of letting go and moving forward, past the struggle of personal demons and setbacks, and putting those things “to bed” in order to live more completely, this is easily one of the most stand out tracks on the album. It is chilling in the most hauntingly beautiful way that is both heartbreaking and spirited. It will make the listener smile, cry, and want to change one’s life. Wrapping up the album are “Awaken,” “Ordo ab Chaos,” and “Brought to Light.” “Awaken” is about finding your own way through life and moving towards the “light at the end of the tunnel,” where better things await and “awakening” that drive for more, for better. “Ordo ab Chaos” is an uncanny and almost terrifying break consisting of heavy breathing as though someone is being chased and screaming. It is the journey from “Awaken” to being “Brought to Light.”

“Brought to Light” is the end of this incredible journey where our hero; the character who has endured this quest to self-realization, actuality, and enlightenment ,who is truly just a manifestation of self, emerges into the light of clarity and self-valuation. The band does a fantastic job of creating an epic landscape for this song; the crescendos and rolling percussion which open wide and swallows the listener whole. Once it fades out and the song is over, it is hard to believe that it has ended, but one finds themselves breathless, lighter, and better for having gone through it. That is the lesson Gemini Syndrome are trying to teach with this album.

As defined by the Oxford Dictionary, “memento mori” is: “An object kept as a reminder of the inevitability of death.” That is the message Gemini Syndrome are trying to get through to listeners – everyday is a gift and reminder that we are crawling ever closer to death, so make the most of it. With Memento Mori, Gemini Syndrome has crafted a breathtaking story through this intense tapestry of songs, densely woven to create a tale that has conflict, struggle, self-actualization, and hope, mirroring the very essence of the human condition. It is at times uncomfortable, terrifying, as well as beautiful, but it would be incomplete without any part of that, and therein lies its brilliance. CrypticRock gives Memento Mori 5 out of 5 stars. 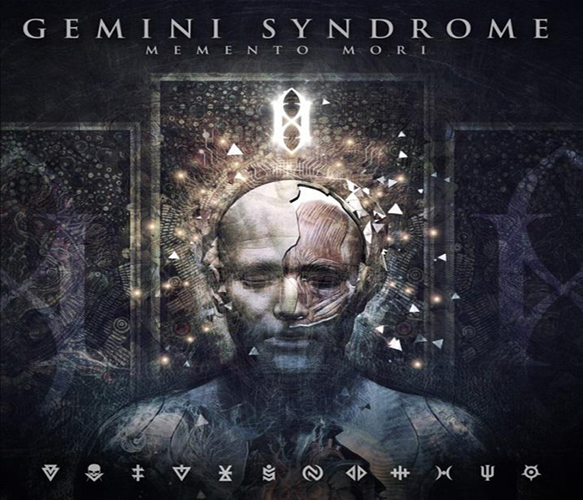