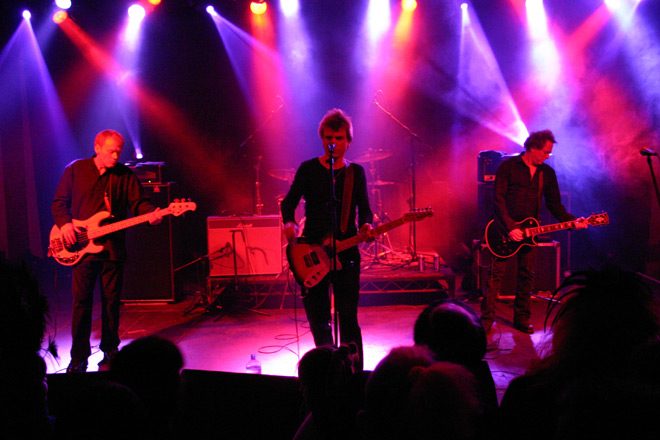 By the 1990s, Gene Loves Jezebel was more like Jay hates Michael or Michael hates Jay due to the well-publicized fiery feud between the twin brothers fronting the English band. Think of the ’80s counterpart of the love-hate relationship of Oasis’s Gallagher brothers in the 1990s. And, ultimately, after four successful studio albums together—from 1983’s Promise to 1987’s The House of Dolls—it did not matter anymore for, in 2009, each of the Aston twins had decided to pursue his own version of the same band, based on a court-sanctioned agreement—Jay’s Gene Loves Jezebel, still in the U.K., and Michael’s Gene Loves Jezebel, based in the USA. And this has essentially gifted their fans two equally interesting facets of the same band. After all, Jay and Michael are twins, so perhaps their musical genes produce similarly wonderful sonic results.

Formed in 1980, in London, England, Gene Loves Jezebel was in the forefront of the Gothic New Wave/Rock scene in the late ’80s, churning out hit single after hit single (“Heartache,” “Desire [Come and Get It],” “The Motion of Love,” and “Jealous”) and waving the genre’s flag alongside fellow Glam Rockers such as The Danse Society (“Heaven Is Waiting”), The Sisters of Mercy (“Walk Away”), The Mission (“Wasteland”), Red Lorry Yellow Lorry (“Walking on Your Hands”), and Siouxsie & the Banshees (“Cities in Dust”). When Michael left the group, Jay and the rest of the band soldiered on, releasing two more albums—1990’s Kiss of Life and 1992’s Heavenly Bodies. Having relocated to California, United States, Michael eventually retained the band’s name and released three albums—1999’s Love Lies Bleeding, 2001’s Giving Up the Ghost, and 2003’s Exploding Girls.

Nothing much was heard from Jay’s camp after his visit to the United States in the mid-’90s to reunite, albeit briefly, with Michael, resulting in the 1997 album VII. Finally, in late 2016, Jay, who was back in the U.K., announced that his Gene Loves Jezebel was working on a new album. And true to his word, Jay (vocals/guitar) with his current bandmates—Peter Rizzo (bass), James Stevenson (guitar), and Chris Bell (drums)—are set to release the Gene Loves Jezebel album on September 15th in North America, a full twenty years after its direct predecessor.

“How Do You Say Goodbye (To Someone You Love)?” is a lovely, slow orchestrated ballad, in which Jay assumes a New Romantic vagabond persona. The midtempo Post-Punk/Synthpop combo stomper “Izitme” returns the listener to the psychedelic-lit dancefloor, coming across as a mix of The Human League’s “Don’t You Want Me” and The Cure’s “Never Enough.” And then there is the mild and mellow swing and sway of “Ain’t It Enough.”

“Cry 4 You” is another lyrically sentimental yet instrumentally engaging ballad, which has faint echoes of “Gorgeous” and “Motion of Love,” a seeming homage to Gene Loves Jezebel’s golden past. The synth-drenched “Flying (The Beautiful Blue)” is where Jay and the rest of the band, paradoxically, begins to descend into the quiet sea and dance gracefully underwater. With a choppy guitar rhythm, rolling basslines, and vocal whispers and wails, “World Gone Crazy” is certainly a return to classic Gene Loves Jezebel form, “Heartache”-style.

The penultimate song, “Chase the Sun” is ominous and the most Gothic Pop excursion the album has to offer. Lastly, Jay and the rest of Gene Loves Jezebel U.K. wraps up their masterpiece with the Glam Metal–flavored “I Don’t Wanna Dance Underwater,” which should remind any self-respecting Metalhead or Alternative Rocker of Guns N’ Roses’ version of Bob Dylan’s “Knockin’ on Heaven’s Door”—such a beautiful and apt representation of Gene Loves Jezebel’s Gothic and Glam influences.

Usually a band’s extended hiatus from the music scene could result in an irreversible damage to its musical trajectory, rendering the band unable to reclaim its past glories and no longer able to come up with anything substantial or engaging. In other cases though, there are bands whose disappearance from the limelight causes them to recharge and reignite their old flame for words and melodies, producing majestic results. Dance Underwater is an epitome of this: ten gorgeously killer songs, from start to end. Twenty killer hurts? Nah. Better yet, an album twenty killer years in-the-makin, and it is really worth waiting for. Come and get it! CrypticRock give it 5 out of 5 stars. 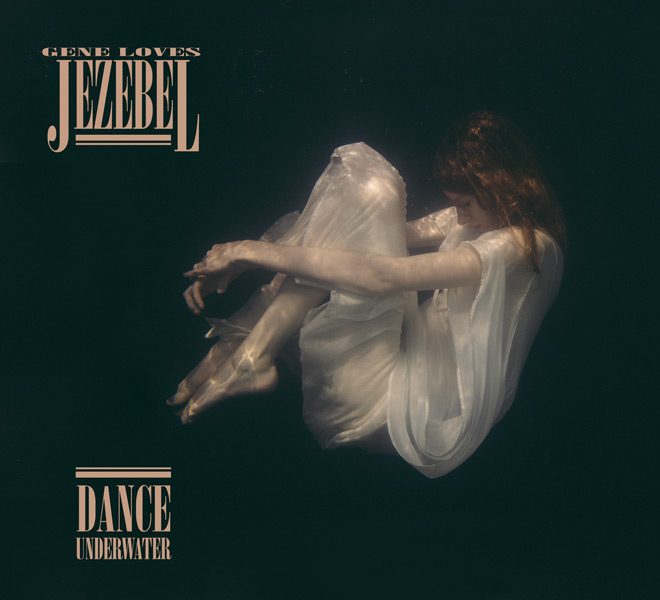