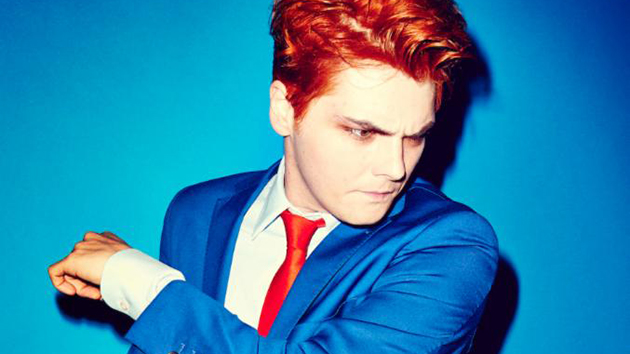 Bringing his solo career to a lavish start at the Reading Music Festival late in 2014 with a crowd pleasing performance, Gerard Way has redefined his place in the entertainment business. Born Gerard Arthur Way in the town of Belleville, NJ, being in the spotlight is nothing new to this seasoned performer. Making his way on the scene, Way was the frontman of the widely successful band My Chemical Romance from 2001 to 2013 in which the band made four studio albums with 2004’s Three Cheers for Sweet Revenge going platinum. Residing In Los Angeles, CA with his family, Way also is an avid Comic Book writer and producer, has a Bachelors degree in Fine Arts from the New York City School of Visual Arts, and is in production with Shawn Simon and Becky Cloonan to create The True Lives of the Fabulous Killjoys, an original Comic Book series.

His debut solo album, Hesitant Alien, released via Warner Bros Records and produced by Doug McKean, is an alluring Britpop, Glam Metal mix that offers devilishly confident vocals, courageous “carpe diem” lyrics, and instrumentals that entangle the senses.  Being the year of introductions, Way opens his album no different with the sweet and simple “The Bureau.”  A smooth rhythm and fun lyrics offer up to pure charming vocals that jump right into “Action Cat;” a perfectly mixed piece with harsher deep guitars and boxed vocals. The track has a Soda Fountain 1950’s feel that leads into superb harmonies and fun timed drum beats. Adding in a more Grunge type vocal with an overlay of pure sweet notes is “No Shows.” With an exciting guitar solo and a fun drum breakdown, this toe-tapping track is sure to please. Slowing things down a bit is “Brother,” which is a soothing romantic piano opening followed by an allargando of passionate vocals on many levels with true instrumental magic.  This leads to “Millions,” the third single off the record  that will get listeners up on their feet to the jumping tune filled with passion and strength in the vocals, lush lyrics, and exciting mixing.

Next on the list is “Zero Zero,” but do not let the title throw one’s self off, this darker feeling track is an entourage of screaming guitars with harsh and angry distorted vocals that have a hint of rebellion. It shows that Way truly does exactly as he pleases in his artistic expression, which is commendable. Leaving little time to regain strength is “Juarez;” a one of a kind bombard of a mass chaotic brilliance. Deep sexy vocals lead a defiant Metal guitar in a mess of overdriven tones and notes all fitting into a perfectly mastered funhouse of devilish delight. As the album progresses, the audience is presented a perfectly timed soft, sweet romantic melody called “Drugstore Perfume” that grabs at the heart strings.  Beautifully sang lyrics and magically played instruments are the finishing touches for this song to be a number one hit. Moving along to “Get the Gang Together,” deep bass and heavy drums flow into an offset guitar with clean flattering vocals. A taunting and twisting tone bring a full Comic Book vibe to this alliance of depth and allurement. Nearing the end of this adventure is “How’s It Going To Be;” a guitar and drum match-up of killer fads and dips that blend into a commendable Euro melancholy keyboard. Vocal twists and lullaby elements offer a fantastic twist. Finally Hesitant Alien concludes, blowing up to full gale, with “Maya the Psychic,” adding in a robust bass line with slower drums offsetting.  The exciting lure of higher vocals slam down the mix of many background vocals hopping over notes in an entangled rhythm that pulls the track to a close in a hallowing guitar fade out.

When it comes to making a comeback as a solo album artist, Gerard Way has compacted it all into an eleven track unscathed alliance that will be audible for years to come.  Hesitant Alien is brilliant album that proves Way is still very relevant and has much to offer his fans. CrypticRock gives Hesitant Alien 5 out of 5 stars. 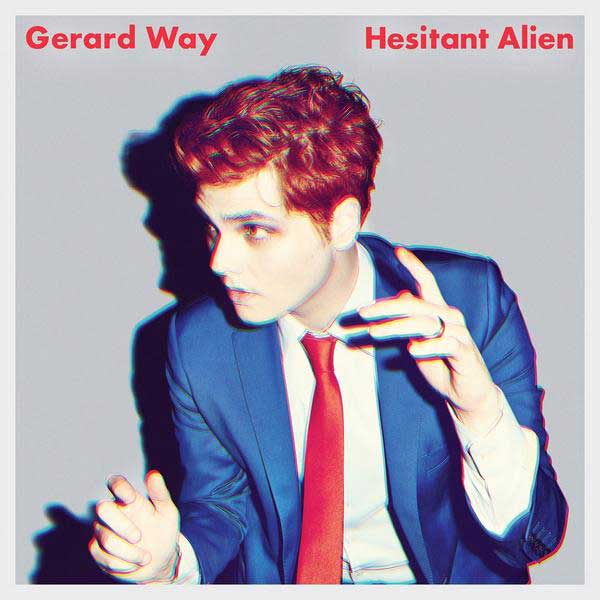 Born of Osiris – Angel or Alien (Album Review) Candlebox – Wolves (Album Review)
Like the in-depth, diverse coverage of Cryptic Rock? Help us in support to keep the magazine going strong for years to come with a small donation.