Many of the scariest, goriest, and most clever Horror films come from other countries, including Deutschland. Proof of such, Kosakowski Films’ 2015 German Angst, an anthology with three equally powerful and graphic stories. Set in modern day, and from a third-person perspective, German Angst consists of Jorg Buttgereit’s (Der Todesking: The Death King 1990, Lexx 1999) Final Girl segment, Goran Mimica (Zero Killed 2012) and Michal Kosakowski ‘s (Just Like the Movies 2006, Zero Killed 2012) Make a Wish segment, as well as Andreas Marschall’s (Tears of Kali 2004, Masks 2011) Alraune segment. 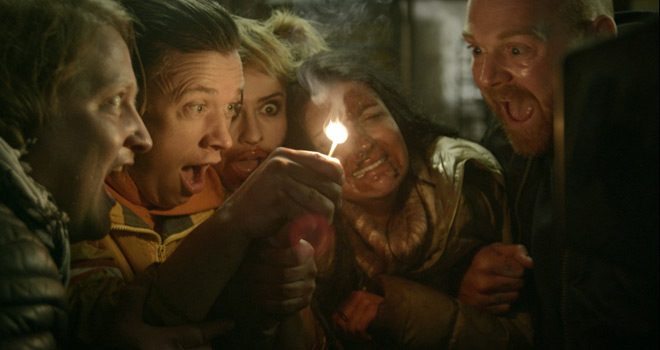 The first segment, Final Girl, begins with an unnamed young woman (Lola Gave: debut film), waking up in her a flat in Berlin with her pet Guinea Pig Mucki beside her. She immediately cuddles Mucki before beginning her day. While eating breakfast in a filthy kitchen, she listens to the local news (voice of Michael Zenner: debut film), which reports a terrible homicide where a husband killed and beheaded his wife. The woman is seemingly unaffected by the story and after tidying herself up she enters her spare bedroom where her father (Axel Holst: Verbotene Liebe 1997, Der Fahnder 1998); a middle-aged man, is bound and gagged on the bed. The girl begins a day of bloody torture and body part removal with as much emotion as eating cereal. Some viewers may be disturbed by certain aspects, while others will be entertained.

The second segment, Make a Wish, covers two time lines: present day Germany and Germany during World War II. A young couple Jacek (Matthan Harris: Sudden Reality, Murder Made me Famous 2016) and Kasia (Dark Circus 2016, God Forsaken 2017), spend some time together talking in the carpark of an abandoned building. Jacek and Kasia are both deaf and mute and their communications are all through sign language. Jacek shows Kasia a strange medallion which is a family heirloom holding some ancient magic. Each side has two people in reverse order, which leads Jacek to tell Kasia when it was last used. Being Polish and living in Germany in World War II was precarious, once found by the Nazis at any moment your entire family can be killed or worse. In his grandmother’s youth (Lucy Lane: debut film), she lived on a farm with the rest of her family. 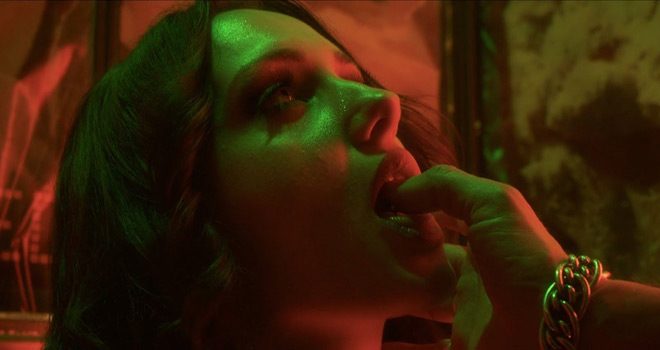 One fateful day, the Nazis found the family and in minutes most of them were killed in horrific ways. His grandmother managed to hide for some time but was eventually found by the officers. Before they brutalized her, her father stopped the Nazis by standing in front of the head officers. He twirled the medallion while staring at the officer and their souls are swapped – the nazi officer becomes the Polish father and the father becomes the officer. This turns the tables on the Nazis and the father has his vengeance. Not long after telling Kasia a gang – German Jens (No Mercenary 2016, Mannertag 2016), Englishman Darren (Denis Lyons: Absolution 2015, Le jejune Karl Marx 2017), German Hilda (Martina Schone-Radunski: Ku’damm 56 2016), and German Gottfried (Daniel Faust: Einsatz in Koln – Die Kommissare 2016, Interstellar Civil War 2017), stumble into the carpark and immediately begin tormenting Kasia and Jacek.

Their antisocial and bullying behaviour takes a darker turn leaving Kasia and Jacek vulnerable. With a twirl of the medallion Kasia and Jacek obtain an advantage but instead of helping them, the transformation places Jacek in an impossible situation. While they are in context, Make a Wish contains many graphic and emotionally difficult scenes. Some viewers will be disturbed and may experience emotional trauma. On the same token, it is visceral, fearless, confronting, and rips open raw nerves. Not for the faint-hearted, but a must watch for others.

The final segment, Alraune, follows a man named Eden (Milton Welsh: Conan the Barbarian 2011, The Grand Budapest Hotel 2014), telling his current girlfriend – Maya (Desiree Giorgetti: Anger of the Dead 2015, House of Evil 2017) about the best and strangest relationship he has had. One night while clubbing, he met a beautiful woman named Kira (Kristina Kostiv: DeXit: Der nachste Fluchtling bist du 2016, Berlin Syndrome 2017). After a brief interlude, Eden is hooked on Kira, when she disappears, he follows her into a strange mystical club – Mabuse Club, ran by Petrus (Rudiger Kuhlbrodt: Ich will dich 2014, Jerks 2017). 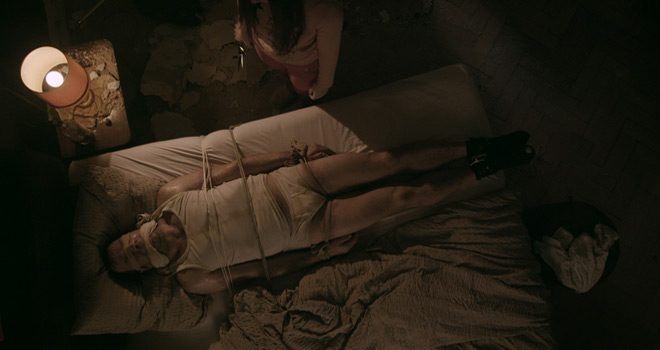 Petrus requests Eden joins the club before he is able to pursue Kira further. After following orders Eden is blindfolded and bound onto a medical type bed. He then has an amazing otherworldly sexual experience with who he believes to be Kira, but it is not enough. Afterwards Eden conducts his own investigation and finds not only Kira but also a demonic connection both he and Maya now have. While Alraune is not as gory as the first two instalments it has a more surreal and otherworldly feel about it. There is still plenty of blood and scares but it is more of creepy mysterious story. However there is a killer twist at the end.

Overall, German Angst is three unique and explosive stories tied together by doomed love. It contains plenty of an edge of the seat viewing and all with innovative, true horror endings. In relation to the gore factor, think Clive Barker on acid with complete creative control. Available domestically in the US on Blu-ray and VOD since April of 2016 via FilmRise, German Angst is an edgy, well-shot and well-produced anthology making it a must watch for all true Horror fans. For these reasons, CrypticRock gives this ghoulish good time 5 out of 5 stars. 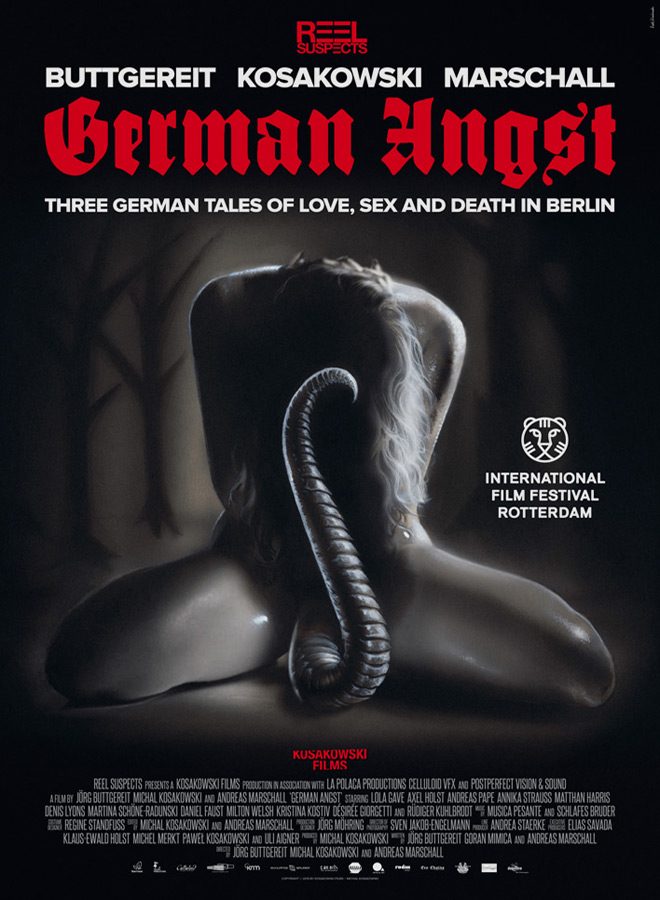