Ghost Brigade – IV: One with the Storm (Album Review) 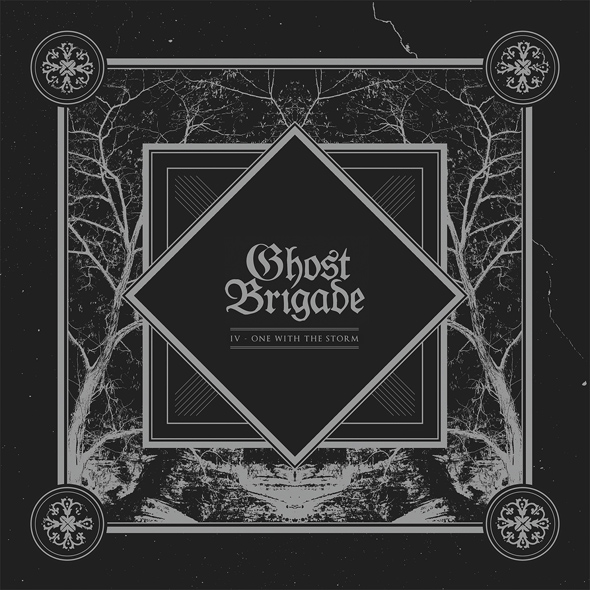 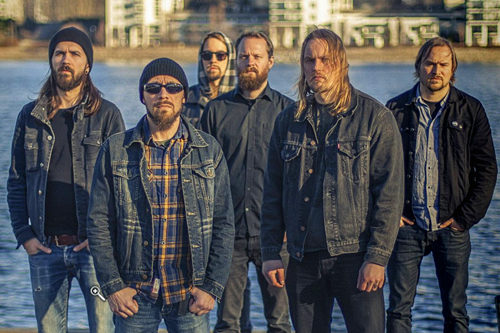 Hailing from from the city of Jyväskylä, Finland, Ghost Brigade has been on the Metal scene since 2005.  Releasing their debut album Guided By Fire in 2007, the band has developed their own unique blend of Alternative Rock and Melodic Doom Metal.  Consisting of Manne Ikonen (vocals), Wille Naukkarinen (guitar), Tommi Kiviniemi (guitar), Veli-Matti Suihkonen (drums), Joni Saalamo (bass), and Joni Vanhanen (keyboards), the six-piece has built a name for themselves over time.  Achieving their largest commercial success with 2011’s Until Fear No Longer Defines Us, which peaked at No. 7 on the Finnish Albums Chart, Ghost Brigade returned on November 11th 2014 with their fourth effort IV – One With The Storm.

IV: One with the Storm begins with “Wretched Blues,” a melodic faster song with thick atmosphere.  Ikonen’s vocals are raw, striking, and a fitting contrast to the eerie keys of Vanhanen.  Opening softly, “Departures” is an even more melodic track with more Gothic elements.  On this track Ikonen’s showcases his clean vocals in vivid fashion painting a vivid picture lyrically about the human inequities that plague us all.  On “Aurora” Ghost Brigade bring a very deep and melancholy sound that remains peaceful from start to finish.  Featuring more clean singing of Ikonen’s, the addition of Doom growls pump up the emotion to the next level.   Moving along, “Disembodied Voices” has a beautiful, mesmerizing atmosphere that is a combination of deep growls and  the melodic guitar work of Naukkarinen and Kiviniemi.  Held together by more delightful keyboards of Vanhannen, the song progresses like a storybook that tugs at the heartstrings confronting life and death.

Clocking in at over ten minutes,”Electra Complex” is an extremely deep, sorrowful song.  Sometimes when a band composes a song of this length they run the risk of losing their audience, especially now a days, but there is plenty here to keep the listener intrigued.  With some of Ikonen’s most passionate vocals on the entire record, the song is worth listening to in it’s entirely over and over.  Upping the dosage, “Stones And Pillars” is a darker track with some heavy guitar riffs.  The slow sludge of the rhythm is intoxicating and the backbone of Saalamo’s bass really drives the stake deep while Ikonen’s growls shine.  Mixing up the balance nicely directly following is “Anchored” which is a fascinating architecture of tranquil and aggressive guitar tones. Highlighted by more beautifully sung lyrics by Ikonen, this song could be the most accessible of the entire record.  Opening with almost tribal drumming of Suihkonen,”The Knife” quickly turns into a wall of distorted melodic guitar riffs.  Successfully combining deep growls and clean singing with beautiful keyboard melodies, it is yet another strong track that will translate excellently live.  Bringing the tempo back down, “Long Way to the Graves” is a angelic and calming song.  With uneasy drum hits, echoing key strokes, and Ikonen’s haunting voice, this shows the diversity Ghost Brigade has.  The final song titled “Elämä on Tulta” translates into English as “Life is Fire.”  With lyrics in the band’s native Finnish language, it tells a tale of despair, a worn-out mind, and guides the melancholic theme felt through out  the album and all the way to the final tones.

IV: One with the Storm is certifiably ten songs of despair and sorrow in the shape of Alternative Doom Metal. Ghost Brigade has their own style and they seemingly have perfected it on this album. There is not one song that can give you the entire feel for the record but that is because each song is different, rather than a copy of one another.  With nice variety, Ghost Brigade make sure the listener does not want to skip any song.  IV: One with the Storm is definitely not easy-listening music for any occasion – it needs a specific state of mind. When it is found, this album nails it and only gets better with each listen. CrypticRock gives IV: One with the Storm 4 out of 5 stars.