Released in selected theaters and on VOD August 25, 2017 and September 19th via Lionsgate comes the Horror Thriller Ghost House. A collaborative work of brothers, the film was directed by Rich Ragsdale, known for his music video production, and produced by Kevin Ragsdale (Edmond 2005, Big River Man 2009). 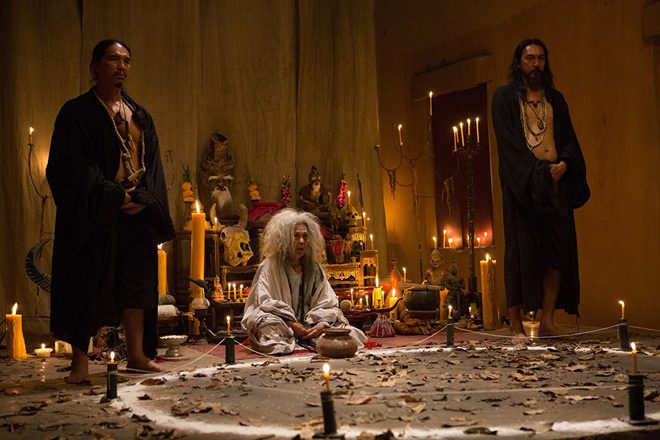 A cinematic Thriller written by Kevin O’Sullivan and Jason Chase Tyrrell, while Ghost House does have a small cast, its lead players do not disappoint with Scout Taylor-Compton (Halloween 2007, The Runaways 2010) as well as James Landry Hebert (Super 8 2011, Gangster Squad 2013) taking the spotlight as Julie and Jim. Supporting roles are supplied by Russell Geoffrey Banks (Pernicious 2014, Cam2Cam 2014) as Robert, Richard Gray as Billy, Mark Boone Junior (Sons of Anarchy series, Bates Motel series) as Reno, and Michael S. New (Night Kill 2016) as Gogo.

It all begins with a young couple looking for an adventure on their exotic vacation to Thailand taking a horrendous twist when they unknowingly disturb a ghost house. A predictable, typical vacation opening- airport, traffic, and pictures, nothing seems out of the ordinary or insidious until the meeting of two unexpected introductions, Robert and Billy. The naïve couple decide to befriend the timely duo and head out for a night on the town. The audience is already suspecting the inevitable with the happy couple and the creepy gents, although no one knows when the unwilling crimes will begin. 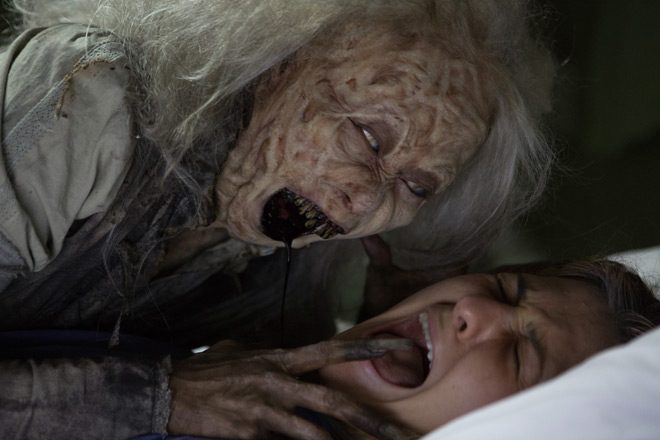 With the night almost coming to a halt at a Thai strip club, one starts to wonder if the madness will begin there. Lets face it, in Horror movies, if there is nudity or sex of any kind it is imminent death for the perpetrators; with this stepping more into the supernatural pool that golden rule may not be the case here. With the strippers out of the way, the not so kindly duo take Julie and Jim for an impromptu road trip, now with Jim completely inebriated Julie jumps right on board for the much needed country trip. One should know better than to catch a trip with strangers to the country, but for an aspiring photographer, it is the perfect canvas. With the road trip coming to a close, one knows for sure that the harmful spirit will be introduced.

Those who have ever researched supernatural beliefs then they would be familiar with the belief in ghost houses in Thai culture. This belief is held very strong with the people from Thailand who believe in ghost houses and their role in the spiritual world. One of the interesting and intriguing parts of this film is the plot and storyline centered around a spiritual custom and belief that has been alive for many generations in Thailand. Historical presences in films, be it a person , culture, or belief, in any genre of movie is always great and invited.

With the ghost house’s introduced, the vile presence soon makes itself known. The couple is left to trek on their own in the wilds of Thailand, which is not the best idea for those who have just become a target for a supernatural force. If the audience is wondering what this monstrous spirit has in store for the couple, it does give a sort of a reminiscent feel about another supernatural movie character who likes to make a timely performance, though this one does not have a menacing phone call. With the couple running out of time with their ghostly debacle, Jim has only a few options to save his beloved. These options will have viewers screaming at the character in disdain. 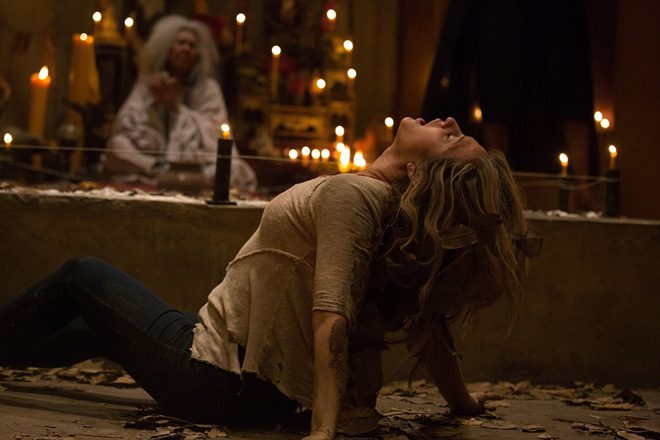 Overall, the storyline of Ghost House was well written. In addition, there is great character development with the roles well carried out with historical inspiration as the focal point of the story, making this film a solid watch. For these reasons, CrypticRock is giving Ghost House 4 out of 5 stars.