Winner at the Barebones International Film & Music Festival in 2016, Ghost Note became available on VOD as of August 1, 2017 via Midnight Releasing. A story produced, written, and directed by Troy Hart, known for such films as 2008’s Unglued and 2011’s The Ugly, Hart tells the story of musician possessed by the devil named Eugene Burns (Kenny Gardner: Genesis 2016, The Cliff 2016), who rumor has it was behind a slew of murders in the 1970s, yet not enough evidence was left to convict him of such crimes. 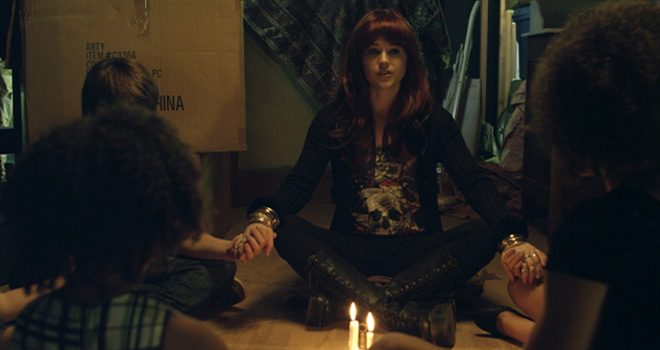 As a temporary solution, Wiccan teen Mallory’s grandfather (Earl Browning III: Hate Crime 2005, Pros and Cons: A Fantasy Football Movie 2013), a preacher, captures Eugene, and bricks him up into a wall where he cannot hurt anyone again. This proves to be a rather fruitless endeavor as when we enter the present, Mallory (Alicia Underwood: Moonring 2010, The Inflicted 2012) sets Eugene free via exorcising his ghost. Since her parents leave her behind with her grandmother after thanksgiving to go to Hawaii, it is up to Mallory to find a way to stop him before the murders start to occur again.

Hart does a decent job of engrossing into the events that led up to Ghost Note’s present events. There is something catchy and unique about a musician that wants immortality, and in doing so, makes a deal with the devil to get his wish. However, the beginning scenes fall short of really grabbing the audience, leaving them slightly confused as to why Eugene has killed the individual in the beginning and why he was captured by her grandfather to begin with.

Although, viewers find out why these events matter later on in Ghost Note, it is the fact that it is later on in the film that makes this a problem. For some viewers, this may be too slow of a build to really make a viewer want to stay for the remainder of the film. While it is not being said that all events need to happen at once to grasp the viewers’ attention, too little happens in the opening moments for some to warrant further attention to this 105-minute long Thriller. 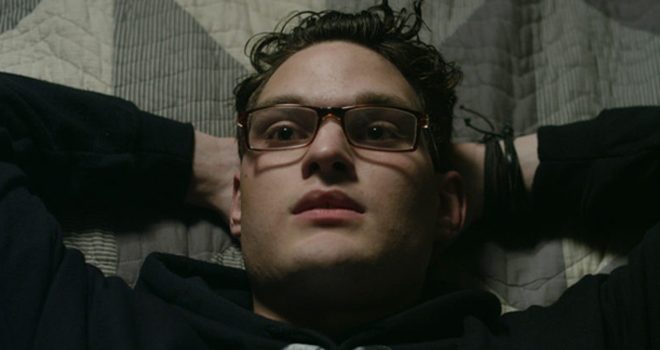 If some decide to stick around for the remainder of Ghost Note, the premise lends itself to be rather believable in the Horror realm as it connects Eugene’s immortality locked within his guitar and an unreleased record. Because Mallory performs rather carelessly an exorcism in the attic where these items are kept, it gives a reason for Eugene’s character to come back to fruition. Combining the two events was actually a great way of connecting the past and future events of the film and also provides a decent reason to stick around and see what happens next. While the idea itself is not as original as it could be, it is engaging enough for Horror fans to want to watch more, as it leads credence to believe something more is about to happen.

While engaging in some respects, Ghost Note tends to move terribly slow as to why it is so important to stop Eugene from killing ever again. Though, the sequencing scenes do help to support the slow pacing of the film. One of the ways which the film does this is by making sure that it is not just one person effected by bringing this formidable force back into the present. Also, because it is not just Mallory’s problem anymore, it gives the story room to explore what really makes the devil something so terrifying in the world of horror and play around with special effects for a bit.

For example, viewers sees Mallory’s niece, Ashley (Tiana Bratten: Strait & Narrow 2016), become possessed by Eugene as a chain of horrific events ensue. These were extremely well done scenes, becoming the most uncomfortable to watch throughout the entire film. A few other scenes such as the record store owner Xander (Todd Jenkins: Knucklebones 2016, Arsenal 2017) becoming possessed and the interaction with his coworker Lilith (Kim Foster: Don’t Look in the Basement 2 2015, Murder Made Me Famous series) shows how this demonic presence is disturbingly and relentlessly determined on destroying the individuals who tried so hard to keep him from fulfilling his dark purposes.

Filming in Dallas, Texas actually was a plus for Ghost Note, since it lends itself to be one of the heftier musical giants in the United States. Location can sometimes make or break a film depending upon the nature of it. This was not the case for Ghost Note as one can see a lot of time was spent developing the setting for which this film took place. A Blues musician selling his soul to the devil for immortality seems to fit especially well with southern folklore horror, but location and what Hart has done with this story has played another major part as to why Horror fans might enjoy this film. 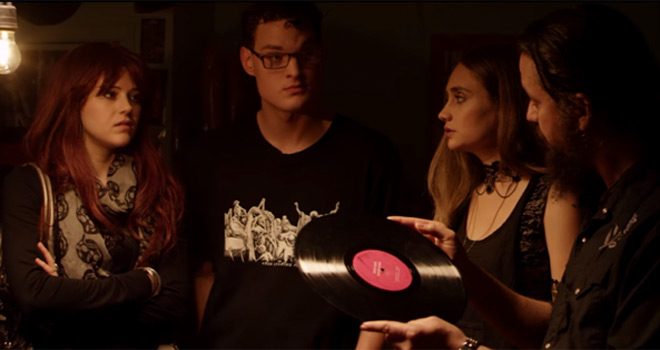 In addition, Special Effect Artist Joshua Fread and his crew also did exceptionally well with visual and Foley effects, especially in some of the intense killing scenes in which Eugene is first released from beyond the brick wall. All of these things put together make the slow pace of the film most of the time seem nonexistent and the sum of the acting a little more forgivable.

All this in mind, the ending of Ghost Note is debatable and questionable as to why the record was thrown into a river, but it does give a creative way of bringing about a second movie should it become a series of films. It is a film most Horror fans will enjoy if they are able to overlook some flat acting, attire mistakes, and some little plot holes within the film. For these reasons CrypticRock gives Ghost Note 4 out of 5 stars. 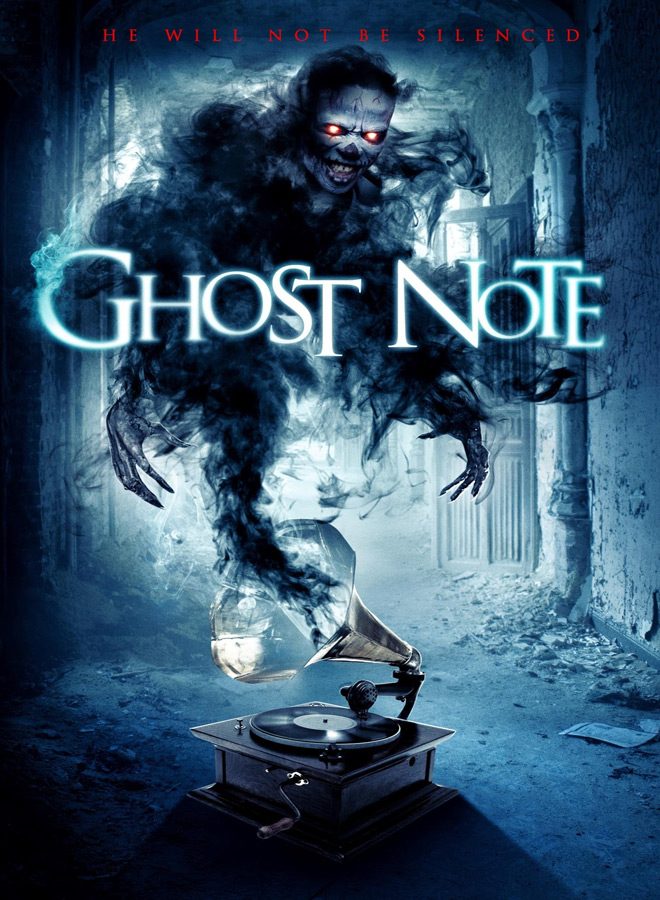