Ghost in the Shell (Movie Review)

There truly has been a massive amount of hype surrounding the release of Paramount Pictures’ Ghost in the Shell. Based on one of the most revered Animes of all-time, which is seen as one of the few Animes that can be enjoyed and respected by those who are turned off by animation films, a lot of fans are cautiously hoping this will be the film to finally adapt an Anime into respectable live-action. All this in mind, nerd fanbases of any kind are notoriously conservative in their feelings towards non-original material they love, leaving the pressure firmly placed on Film Director Rupert Sanders (Black Hole 2010, Snow White and The Huntsman 2012). Released in theaters on March 31, 2017, Ghost in the Shell is not a 100 percent copy of the original, but does it have what it takes to satisfy hardcore fans as well as casual moviegoers? 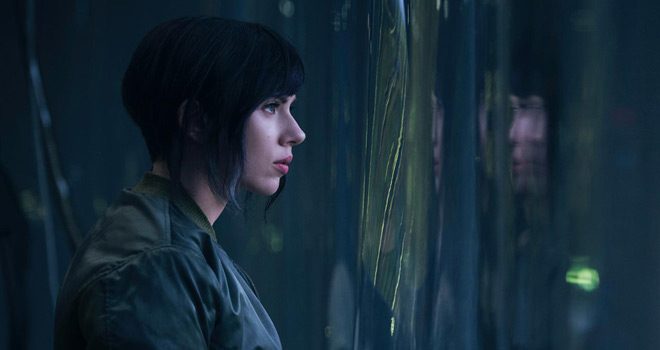 For those unfamiliar, Ghost in the Shell is a Sci-Fi/Steampunk story set in a future where cybernetics are as much a part of everyday life as the internet is to ours now. These enhancements augment a variety of things in society and individuals, from health to security, and with this new fusion of technology and humanity come new types of dangers, and the criminals to exploit them. The protagonist is Major Mira Killian, played by Scarlett Johansson (The Black Dahlia 2006, The Avengers 2012). Mira is the first of her kind – a human who was mortally wounded in an accident and had her mind placed into an artificial body with the purpose of using her as a special agent to track down hackers.

Footing the bill for this process and thus claiming ownership of their new agent is an anti terrorist bureau called Section 9 Division, led by Aramaki, played by noted Japanese aAtor Takeshi “Beat” Kitano (Battle Royale 2000, Beyond Outrage 2012). See, the most dangerous criminals in this world are hackers, and especially adept ones can hack into the cybernetic implants in people’s brains, taking control and using them for all sorts of criminal activity. To combat this, Section 9 acts as an intelligence and cyber crime enforcement organization, tracking down the criminals and using Mira as their vanguard.

The most dangerous of these hackers is Kuze, played by Michael Pitt (Boardwalk Empire series, Hannibal series), who is on a mission to take down as much of Section 9’s leadership as possible. Kuze is onto something bigger than the film lets on right away, and the plot thickens with revelations about the nature of Section 9 and their practices as well as intentions regarding Mira when he is finally confronted. Mira’s main partner in the bureau is Batou, played well by Danish Actor Pilou Asbaek (Game of Thrones series, Lucy 2015), and their relationship is the likeable and familiar type viewers of any crime fiction will enjoy. Another good performance is that of Juliette Binoche (Godzilla 2014, The English Patient 2006), who plays Dr. Ouelet, the creator of Mira’s shell. Ouelet is the humanity in Section 9 despite being one of their most important members, and her conflict of self will meet with that of Mira’s in the film’s climactic moments. 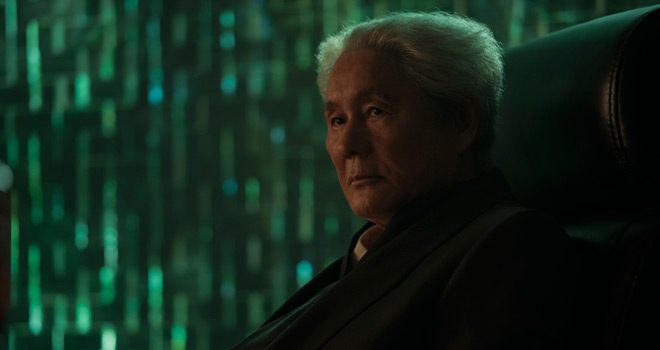 Ghost in the Shell is a cerebral anime, rife with themes of identity and purpose, and has to date spawned a number of sequels and series that round out a very robust fictional landscape. These things are inherently diminished in a Hollywood blockbuster that is limited to under 2 hours, and a major plot point of the original is absent here. The script focuses much on the Major, and these themes, which have more breathing room in the source material, are stripped down somewhat to fit this movie, but all is not lost. The script does tell a well structured story that keeps the theme of identity center stage, and while some things about Mira are different than her Japanese counterpart, Mokoto, it still does justice to the original as far as questioning our sense of self and purpose.

Under the directorial guide of Rupert Sanders, Ghost in the Shell is a visual masterpiece with some great action sequences and a rendering of a futuristic city that will remind any fan of the cityscape scenes in Blade Runner. The city of full of light and life, with huge billboards displaying building-sized people and advertisements, this is an interesting world begging to be explored more. Alas, viewers will have to be content with what is shown, perhaps becoming a source of some frustration along with the lack of time spend on delving deeper into the existentialism old school fans are expecting. Still, the film paints a convincing and tangible world that should satisfy any Sci-Fi fan, fan of the original or not.

The performances are good for what they need to be, but Mira is written with less personality than Mokoto. Johansson is a top level actress who has proven to be plenty convincing in action films, and here is no different. As a nearly soulless instrument of violence, Mira is very effective in her role as a special agent but does not feel any real connection to her humanity and the scenes where she starts to feel them are well done, but she still feels a bit on the flat side in comparison. 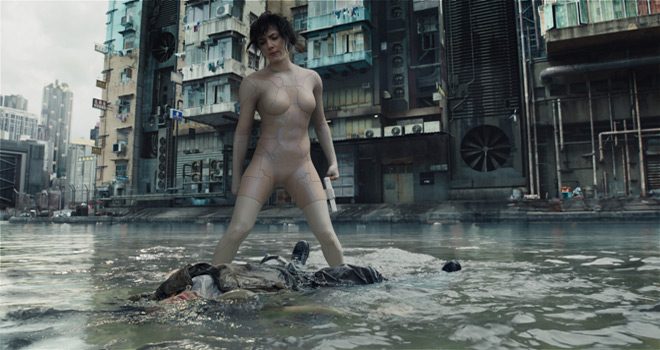 In addition, Michael Pitt seems to be bored in every role he is in, including this one, and is not as effective as he could have been in his part as the dangerous and elusive Kuze. The rest are fine, with Beat Takeshi (who only speaks Japanese) emitting his usual effortless presence of authority and discipline, and Pilou Asbaek as the character with the most personality stands out. Johansson is good and is likely not at fault for any criticisms about the character’s delivery, rather it was one of several questionable but not awful choices the writers made.

Overall Ghost in the Shell, much like its original material, will probably struggle to find a large audience. Old school fans can enjoy this take on the familiar if they are willing to be a little open-minded, but the more numerous and substantial casual viewers can easily find this derivative of other genre films, with much of what made the Anime so interesting lost on them. However, this is a good Action film with enough cerebral material to be better than average, with some very good effects and visuals to boot. So long as viewers focus more on what it is rather than what it could have been, they will be entertained and their time well spent. CrypticRock gives Ghost in the Shell 3.5 out of 5 stars. 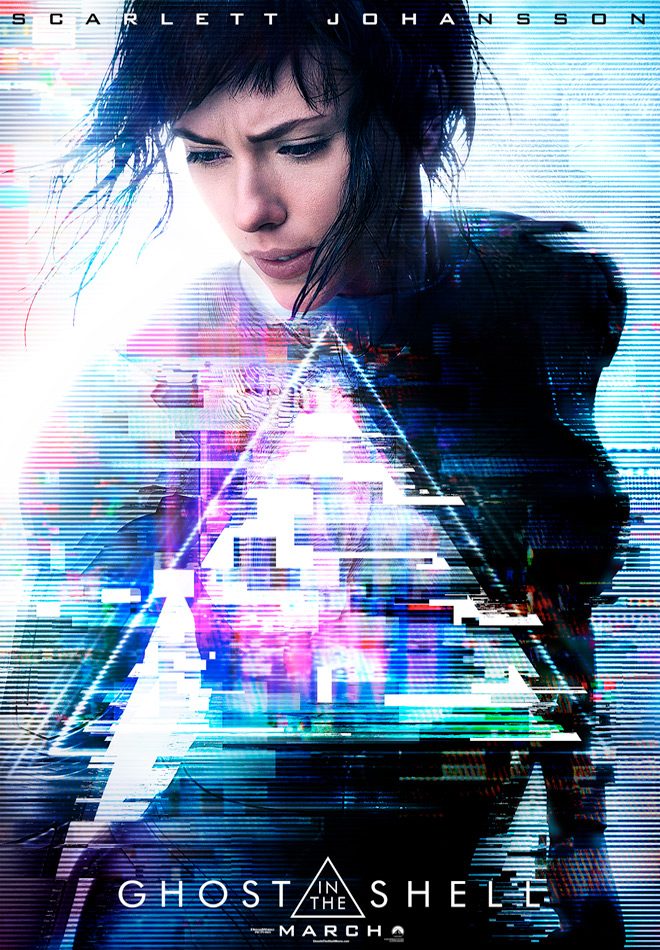