Ghosts have played a huge part in cinema since the 1986 French film The Haunted Castle. Since then, they have been portrayed from sinister spectrals to moral compasses to heartbroken loved ones and friendly, fun-loving kids. That in mind, the new film A Ghost Story, released July 7, 2017, continues the love affair of ghosts on film. 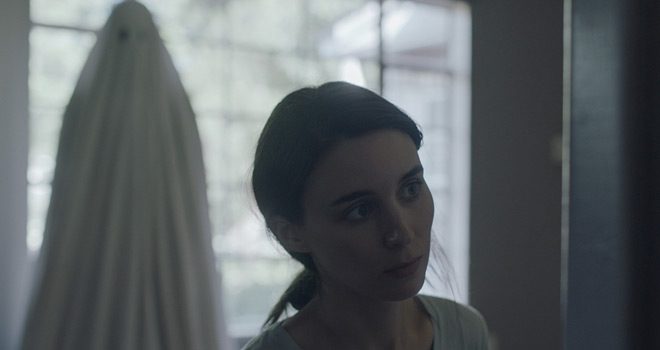 Winning The Revelation Prize, The Critics Prize, and The Special Jury Special and the Best Cinematography and Best Feature Length Film at the 43rd Deauville Film Festival the Sitges Film Festival respectively, it was fortunately picked up by A24 for a proper DVD/VOD release back on October 3rd.

First off, A Ghost Story is not for everybody, but everybody should see it. It is a thought-provoking, simply complicated masterpiece of life, death, time, and space. Consisting of two main characters, C, played in heartbreaking fashion by Casey Affleck (ParaNorman 2012, Interstellar 2014), and M, played equally well by Rooney Mara (The Girl with the Dragon Tattoo 2011, Lion 2016), the film is mainly set in a country house.

The premise, an idea that came to Lowery after he and his wife had an argument, is simple, dealing with life after death. Then again, it is also complicated, dealing with the history that might bind us to stay behind, or ‘haunt,’ as the popular term goes. However, in A Ghost Story, it is not so much of a haunting, but more of an observation of life continuing. 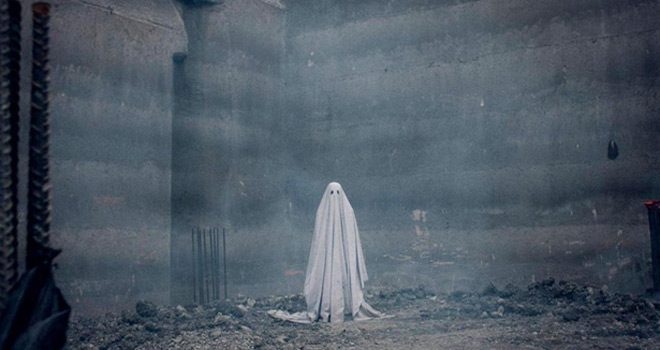 At first, the ghost might seem comical, with their traditional white sheet with hole eyes, but looking deeper, it represents the nothing some believe we become in death. It is just an idle sheet in the corner observing as the survivor goes on mourning, picking up the pieces, and moving on. Telling isn’t it?

Furthermore, the dialogue in A Ghost Story is very sparse – only used in flashback or to help carry an emotion. Because of this, the visual storytelling really shines, whether it be depressed eating until a character throws up, or the ghost noticing another ghost in the house across the street, but unable to leave the house to make that kinship. The fact that the ghost cannot leave the house or the property as time goes on, drives home the sadness of the film while giving a real sense of claustrophobia. That in mind, the aspect ratio of 1:33:1, a box, was also intentional to make viewers claustrophobic.

The film’s palette, with cinematography by Andrew Droz Palermo (You’re Next 2011, V/H/S 2012), is echoed in the survivor’s grieving process – from muted colors to a rosier hue as the healing and coping set in. Juxtaposed to the survivor’s surrounding palette, the palette of the ghost is mute. The ghost, though always present, is always in the shadows, just out of reach of the survivor or gone by without notice. 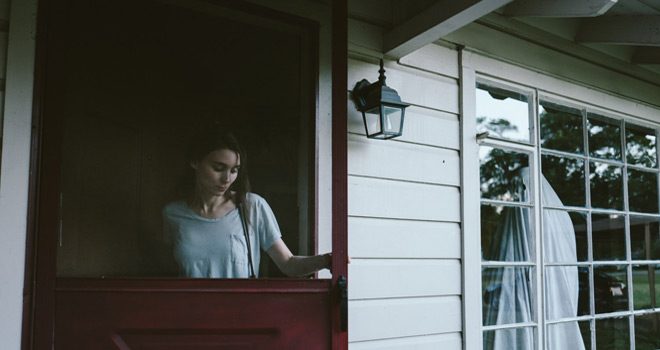 Daniel Hart, Lowery’s go-to music composer crafted his compositions to Palermo’s scenery to drive home the ghost’s isolation. This is whether the music is a haunting cry of a melody or a poppy party beat as other families come, live, and go after the survivor moves on. Like the dialogue, the music does not overwhelm the story. There is not even music with the closing credits because the visuals drive the the film the whole way through.

Overall a compelling film, no matter your leanings on life after death, A Ghost Story is a must see for anyone who has cared for anyone else. For these reasons, CrypticRock give A Ghost Story 5 out of 5 stars. 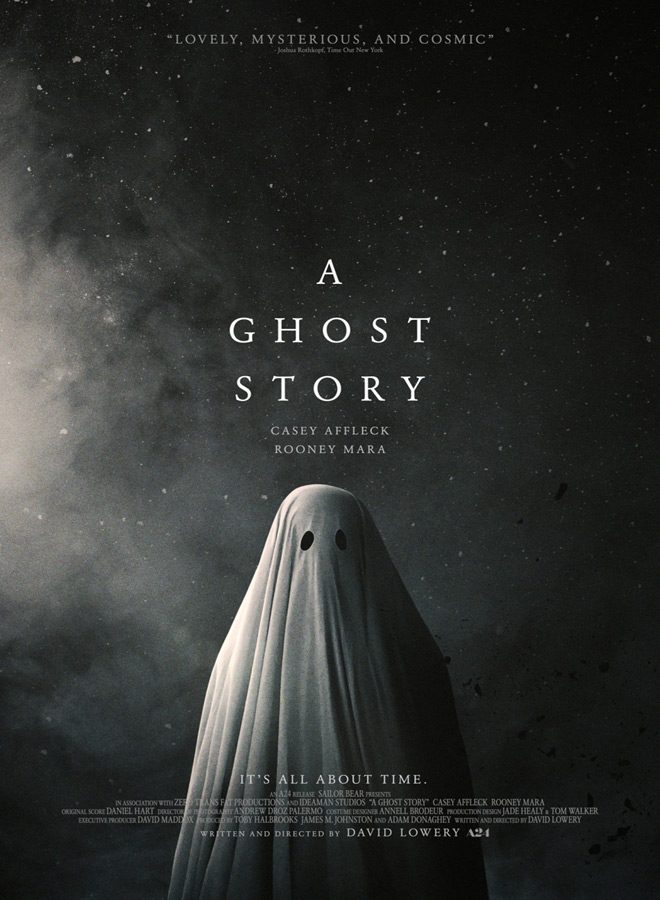