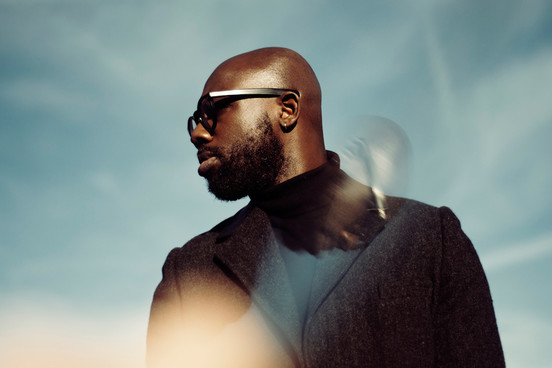 Coventry, England native Ghostpoet has been roughing up the British music scene since releasing his first EP, The Sound of Strangers, back in 2010. Born Obaro Ejimiwe, the vocalist/electronic producer recorded the debut at night in his bedroom while working in a call center during the day, making him a working class hero, fulfilling his dreams through his music. Justifying his hard work, The EP was later featured in The Guardian’s “New Band of the Day” in June 2010. Calling himself a citizen of the world, the son of Nigerian and Dominican immigrants influences come from outside his life in London though. Continuously growing, his self-produced debut album, Peanut Butter Blues & Melancholy Jam (2011), put him in the Hip Hop corner, even garnering a nomination for the 2011 Mercury Prize for Album of the Year. His next release, Some Say I So I Say Light (2013), was eccentrically Electronica, broaching the issue of the River Thames with gloomy charm and comparing the polluted, slow moving water to the dull routine of everyday, the daily pressure to perform and the force of human consumption.

Now Ghostpoet returns with his newest album, Shedding Skin, set to be released on the March 3, 2015 via PIAS Recordings. This time, Ejimiwe tells stories of love and life as a stoic voyeur, even when he is involved. Again self-produced, Shedding Skin was recorded using a traditional live setup with Ghostpoet’s touring band – guitarist Joe Newman, bassist John Calvert and drummer John Blease – and has several guest vocalists, showing a brand new side of the singer. The album is a collection of genre-bending songs, breaking down the borders between Hip Hop and Electronica music. Some of the compositions sound as if David Lynch was hanging around inside the recording studio, bringing in his famously off kilter and unexpected ideas. The underlying current of the album sounds like it came straight from Twin Peaks, especially the title-track and “That Ring Down The Drain Kind Of Feeling.” The first single, and also the first video, a song titled “Off Peak Dreams,“ rolls along with a strong Jazz beat, which is a running theme for Shedding Skin. Ghostpoet alternates between ultra cool spoken word vocals and melodic mumbling in “X Marks The Spot,” with a distorted bass and a background singer who could be Laura Palmer herself, garnished with melancholy, wave guitar melodies that fans may have heard first from The Cure. “Be Right Back, Moving House” again delves into the Twin Peaks atmosphere with those nostalgic strings and dim tones. “Sorry My Love, It’s You Not Me” sounds confusing in the beginning but grows to be a very special and ironic adventure, with both spoken word verses and two female background singers in the chorus. “Better Not Butter,” and the baleful “The Pleasure In Pleather” break in darkly on the listener. The closing “Nothing In The Way” appears like a light full of hope with some wonderful string arrangements ringing in from the dusky abyss.

Shedding Skin is a pleasurable ride of sweet, calming music, filled with deep lyrics and relaxing tones. Ghostpoet’s album is like a good bottle of wine, with every glass bringing a new note of flavor. In the title track, Ejimiwe croons, “You think you know me, you never know me!“ reminding listeners that this album brings constant surprises, like a rough cut diamond exposing new facets with every spin on the player. Shedding Skin is recommended to all music lovers who want to explore something new and fresh and are ready to delve into previously uncharted waters. CrypticRock gives Shedding Skin 4.5 out of 5 stars. 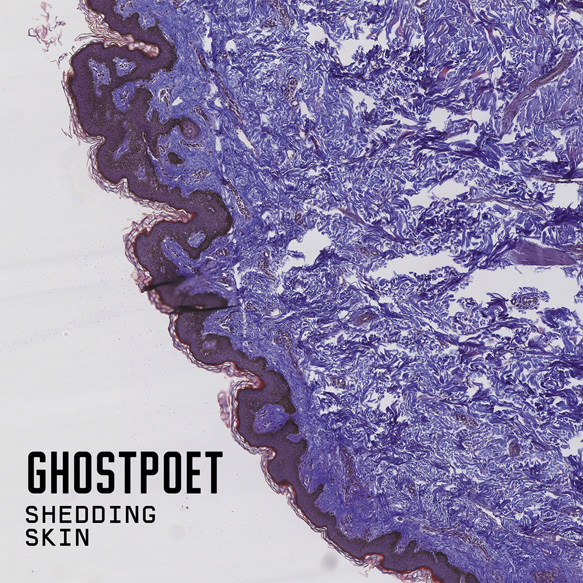