It is often said that there is no time like the present, especially when the present involves being confined within the four walls of a paranormal vortex comprised of previous inhabitants that are all trying to kill you. Every second counts when the dead attempt to turn a deadline into the end of the line for one very diametrically-opposed dynamic duo. 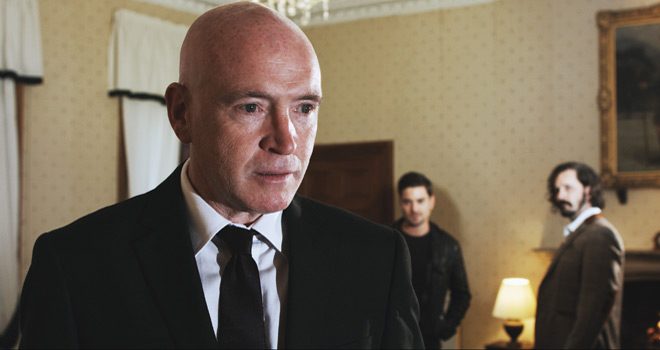 Ghosts of Darkness is an entertaining Comedy Horror film that was released on VOD on March 7th via Uncork’d Entertainment. It was written, directed, and shot by the talented David Ryan Keith (Attack of the Herbals 2011, The Redwood Massacre 2014), who pairs Horror with Comedy in a most clever and engaging fashion.

This film avails itself of a limited but phenomenally selected cast consisting of Michael Koltes (The Boston 2014, Capsule 2015) as the aggrieved debunker; Jack Donovan; Paul Flannery, making his acting debut, as the sarcastic yet scintillating psychic; Jonathan Blazer; and Steve Wilson (Nowhere in Africa 2001, The Veteran 2011) as the Mysterious Man.

Ghosts of Darkness is about the coming together of two widely divergent individuals for the purpose of solving a mystery, fighting off evil forces, and making $50,000 in the process. Richwood Manor has a very dark history that is rife with murders and suicides; in fact, every previous tenant has died as a result of one or the other. Jack Donovan (Koltes) is a skeptic and debunker who is invited to the manor by a mysterious man to disprove the popular public opinion that the place is haunted and filled with ghosts. He does not set out on this venture alone, as he is greeted at the house by the rather sophisticated and amusing psychic, Jonathan Blazer (Flannery), who too received an invitation to investigate.

The mysterious man, whose name is never given, provides the lively pair with files and photographs of the previous inhabitants which detail their deaths. Equipped with all of the necessary information, the duo take very different approaches in their efforts to disprove the house being haunted: Donovan uses a variety of high-tech devices to gather evidence, while Blazer explores the house armed with snacks and snark. Their attempts are soon proven futile when they endure supernatural occurrences of every variety; and what starts out as an investigation to demystify the house soon turns into a drive just to stay alive. 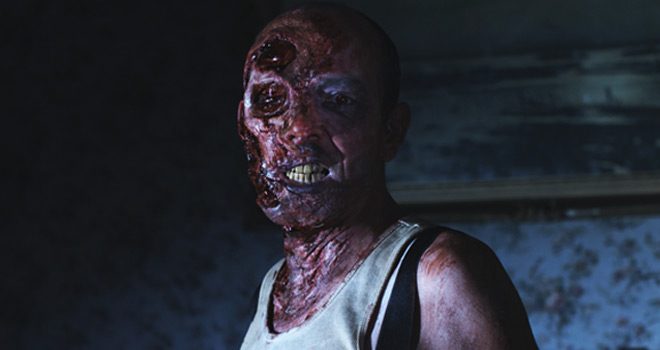 The acting in this film was done to perfection for what this movie set out to accomplish. The characters are likable and interesting, both for very different reasons. Viewers get the pleasure of being introduced to characters that collectively embody the essence of Sherlock Holmes: Donovan representing his analytical prowess and Blazer epitomizing every one of his other notable attributes. Donovan signifies the more modern, resolute individual shrouded in seriousness, while Blazer is indicative of that long-standing British elegance and humor. Their rather mortal approach for dealing with the dead was incredibly comical and fun to watch.

In addition, the cinematography was great, as intensity was emphasized in close shots of exaggerated expressions during both verbal exchanges and supernatural encounters. The wide angle shots inside and outside the house made for beautiful transitions and, as the landscape grew gloomier and more ominous, so did the horror inside the house.

Ghosts of Darkness is an extremely vocal movie that sometimes relied more on dialogue than action to convey the story; though the somewhat abundant dialogue is poetic and humorously delivered. There were a few times when it felt as though some scenes and conversations dragged on a bit, but this was not sufficient enough to take away from the overall pleasurable experience of watching this movie. 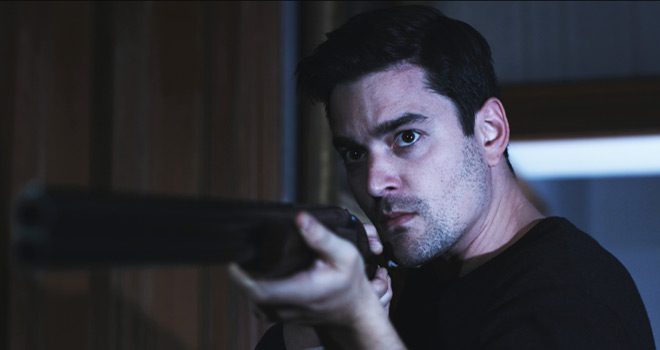 The special effects were minimal yet successful, as they only showcased blood until the movie crept closer to its exciting end; then the myriad of unsettled and possessed spirits attacked from all angles and brought about a bit of gore and a little CGI. The film score accentuated the movie’s comedic side and remained light and playful even during what would be considered intense and frightening situations.  This perfect balance of horror and humor means that even the biggest sissy can watch the film alone, at night, in the dark, and be equally scared and amused.

Ghosts of Darkness is truly a gift to the Comedy and Horror genres, as it is a fantastic supernatural mystery wrapped in a demonically-possessed ghost hunt and topped with a pretty little bow of sarcasm, deadpan and highbrow humor.  All of these reasons are exactly why CrypticRock gives Ghosts of Darkness 4 out of 5 stars. 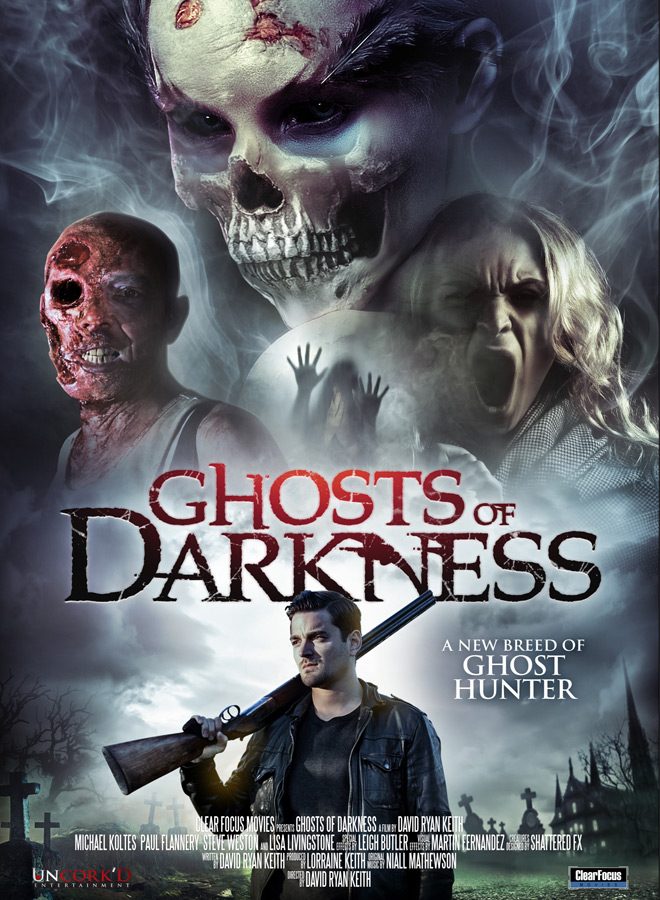