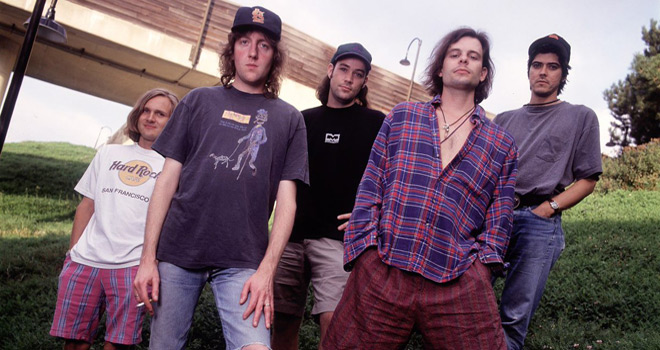 One of the bands that effloresced in the midst of the Alternative Rock scene in the advent of the 1990s, Gin Blossoms cultivated its sonic garden with a refreshing mix of Pop, Rock, Country, and New Wave, resulting in a Guitar/Power Pop style of melodic, upbeat music. It was formed in 1987, in Tempe, Arizona, United States by Robin Wilson (lead vocals, acoustic guitar), Doug Hopkins (guitars), Jesse Valenzuela (guitars, mandolin, backing vocals), Bill Leen (bass), and Phillip Rhodes (drums, percussion).

To date, Gin Blossoms has four proper studio albums under its name—1992’s musically vibrant yet lyrically somber debut, New Miserable Experience; the similarly styled and equally successful Congratulations I’m Sorry, which followed in 1996; and the comeback album in 2006, Major Lodge Victory, and its sequel, 2010’s No Chocolate Cake.

More so, according to a recent interview with the current members of the band, they are nearly finished with an album of new materials, slated for release in the first quarter of 2018. In the meantime, however, to revisit Gin Blossoms’ New Miserable Experience especially now on its twenty-fifth anniversary is not only a good preparation for the forthcoming new offering, but also a proper homage to the band and the album’s having been the projectile that catapulted them into the pantheon of Alternative Rock A-listers.

Released on August 4, 1992, New Miserable Experience broke through the Rock mainstream like a giant confetti of flowers, enchanting enthusiasts of Pop Rock music. Even to this day, little do many of the band’s followers know that clouds of actual miserable experience shrouded the members’ heads and hearts during the making of the album. One of the founding members, Guitarist Hopkins was battling severe depression, alcoholism, and mental illness, rendering him unable to function properly during the sessions and prompting his bandmates to fire him from the group. Even before witnessing the eventual stellar heights that his beloved former band would soon reach, the lost Hopkins simply gave up, committing suicide in 1993. The rest of Gin Blossoms had to soldier on. Thus, the title of the album really spoke for itself. Then, of course, the songs themselves really expressed what the band had been feeling in those days, albeit translated into beautiful melodies and engaging rhythms.

New Miserable Experience opened with the haunting, Hopkins-penned “Lost Horizons,” which ominously sang of the then-troubled guitarist’s loss of conviction to live. This was followed by another masterpiece written again by Hopkins, “Hey Jealousy” – the single that launched Gin Blossoms to the worldwide arena; and its music, to a thousand miles’ global reach. Following in the same plucked/distorted guitar combo was the lovely “Mrs. Rita.” The ensuing “Until I Fall Away” slowed the pace a bit, yet maintained the overall melancholy of the album.

The rocking stomper “Hold Me Back” returned the listener to his feet, with its slashing guitars and punchy beats. With “Cajun Song,” the Gin Blossoms guys, in their sonic cowboy hats and boots, treated their audience with a dose of their dusty, yet sunny Country roots. “Hands Are Tied” then lassoed its fuzzy and grungy sensibilities around the auditory sense of the captive listener.

The highlight of the album was arguably the midtempo “Found Out About You,” which displayed once again the trademark sound of Gin Blossoms that would also come to define their subsequent releases (“Till I Hear It from You,” “Learning the Hard Way,” “Miss Disarray”)—lyrical sentiments delving on infidelity, longing, and failed relationships; saccharine guitar plucks; an ample glaze of fuzzbox and distortion; bluesy ad-libs; rolling basslines; Wilson’s husky and velvety voice; and driving drumbeats. The sad aural ambience then drove its way onto “Alison Road,” afterwards taking a slow but melodic turn to route “29,” which conjured an image of a young man nursing his broken heart with a bottle of cheap gin at a rustic bar somewhere in the dry and quiet outskirts of Arizona.

“Pieces of the Night” was bittersweet and catchy, seemingly enticing the sad young man to come out of his misery, but not before preventing him to play the last song on the bar’s old jukebox—the back-to-the-countryside “Cheatin’,” which wrapped up New Miserable Experience in a rather upbeat predisposition but fittingly despicable lyrical sentiment. One last glass of gin for the road, please; and a few more dimes for a repeat of the whole album on the jaded jukebox should seal the solitary ordeal.

The experiences that Gin Blossoms’ debut album once held might not be new anymore, but the memories and the miserable sentiments that it carried remain as potent and relevant and still resonate in the timeless melodies of the songs that comprised it, in spite of the quarter of a century that it has travelled thus far. 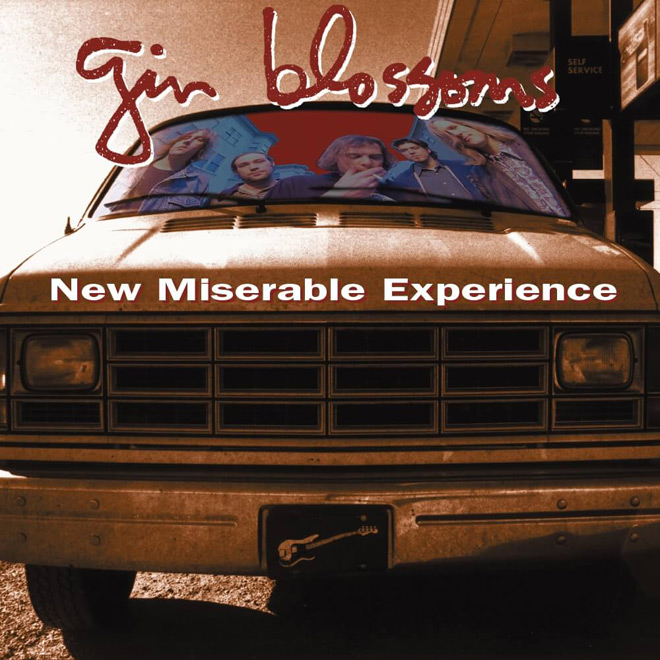