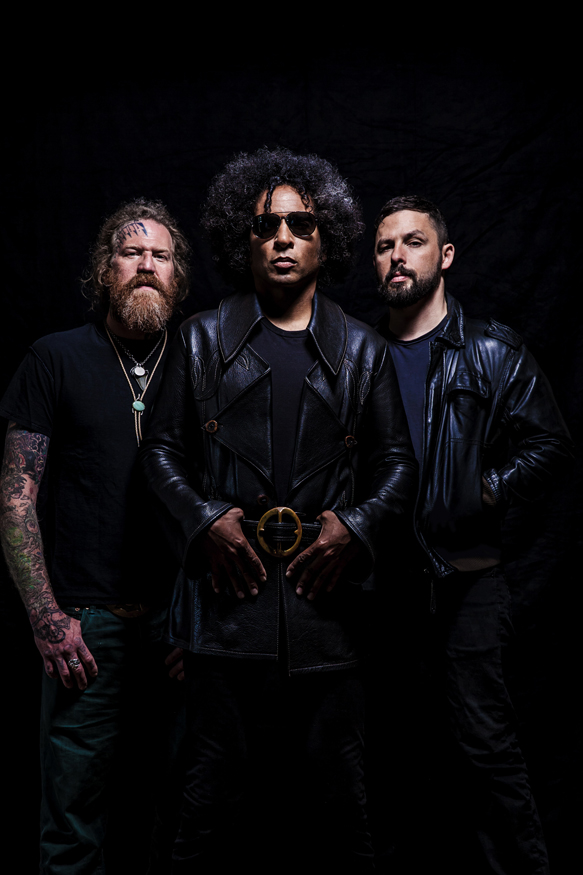 Comprised of Alice in Chains’ Vocalist/Guitarist William DuVall, The Dillinger Escape Plan’s Guitarist Ben Weinman, Mastodon’s Guitarist/Vocalist Brent Hinds, Dethklok’s Bassist Pete Griffin, and former The Mars Volta Drummer Thomas Pridgen comes a new musical project entitled Giraffe Tongue Orchestra. Quite an interesting name within itself, Hinds states “During the time Mastodon was there for Soundwave, I was at the zoo in Sydney, Australia and was checking out the giraffes. They are amazing animals – one just grabbed a bunch of bananas from my hand with its tongue and peeled them with it as well – by the time the bananas got to its mouth, they were ready to be eaten. I saw Ben who was at Soundwave too and said ‘Man I think I found the name for our band,’ and told him the story,”  Weinman added, “That giraffe made it happen… like us, he figured it out.”

With the band name out of the way, all being well established with their own respective bands, they dropped the announcement midsummer of their forthcoming debut album, Broken Lines. First unveiling a couple of singles to quench audience’s appetites, on September 23rd, the album hits the public via Party Smasher Inc/Cooking Vinyl.

Heading into the ten song debut, the heavyweights of Rock jump right in with the track “Adapt Or Die.” Completed with strong guitar work and soaring vocals, right off the bat, they do not disappoint here. Coupled with a great mix, no sound overpowers another, but they support one another graciously. In regards to songwriting, DuVall states, “Writing lyrics for these songs was somewhat like writing for film – the mood shifts rapidly and drastically within a song … sometimes the whole scene changes. There were a lot of times where, if you were trying to impose conventional Rock songwriting standards on this, you’d be in a whole world of trouble.” This is evident on songs such as “Crucifix,” which is a bit more complex all the way around. Mixing it up with tempo and contrasting vocals, the song rests in the shadow of Mars painting a vivid sonic picture. Then, “No One Is Innocent” squeals in with a slippery vocal vibe that brings to mind a reinvention of the Rock beast that gave birth to all of this individual talent. This creates a new animal to sink into with no preconceived idea of where any song is going.

Shifting gears completely, “Blood Moon” is the Alternative Rock sounding single destined to climb the charts on mainstream radio. Followed up by “Fragments and Ashes,” a sweet bit of sequencing meshes solid songwriting together in a puzzle that takes Buffy the Vampire Slayer into True Blood. Keeping the music less than ordinary, meaty, guitar-driven “Back To The Light” gives Pridgen the beastly moments on drums to add balance. On the other hand, “All We Have Is Now” seems a trippy interlude and it is possibly the only misstep on this release, drastically contrasting from the rest of the tracks. Although, maybe that was exactly the point? All in all, it is a small price to pay for a safari through some great talent in a collaborative effort that totally works. Picking it right back up, “Everyone Gets What They Really Want” is a stampede of brilliance, pulling in an unexpected level of instrumentation that is a completely different twist of direction mixed so every nuance is heard. It is here one can say the orchestra has officially arrived with the standout composition.

Keeping up the energy, “Thieves and Whores” continues with the feel of the previous song, blending instrumentation that evolves beyond the Hard Rock and Alternative animal into something new. Again, the mix is vital and it is deftly achieved well here. Closing out the album, title-track “Broken Lines” is a cacophony of sound. Discordant and intrusive at first, it gracefully falls lyrically into a chant with a solid bass line and drums guiding the journey. Rhythmically all over, it is prehensile ear candy, licking guitar with vocals soaring out into the unknown.

Overall, Broken Lines is a delicious bit of lyricism combined with masterful technical skill on each individual instrument marching on in true orchestral style. This is the future of Hard Rock before the past was extinct. “Brent, William, and myself have all been friends for a long time,” says Weinman. He continues with, “Finishing the GTO record with William completes the puzzle.” That said, Giraffe Tongue Orchestra have struck gold with Broken Lines and offer a refreshing, innovative record to Rock fans. CrypticRock gives this album 5 out of 5 stars. 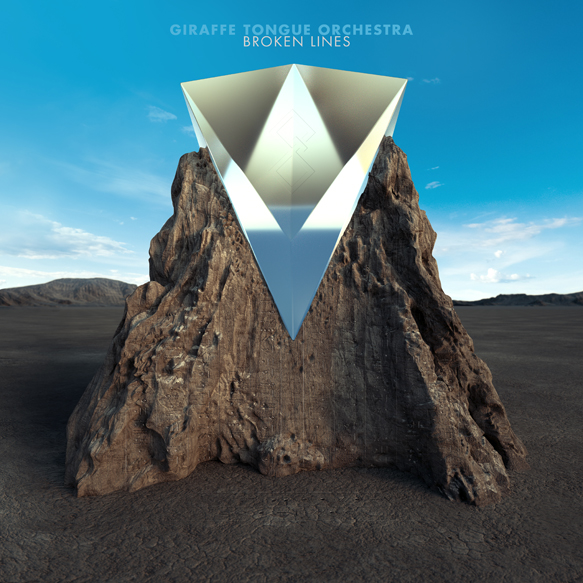 Manchester Orchestra – Million Masks of God (Album Review)
Like the in-depth, diverse coverage of Cryptic Rock? Help us in support to keep the magazine going strong for years to come with a small donation.