The Girl with All the Gifts (Movie Review)

In the Horror movie world, subgenre trends come and go. The ’80s was the decade of the Slasher, the ’90s Teen Horror, the 2000s Supernatural, Vampires, and Found-Footage. Which leads to the 2010s, clearly the decade of Zombies. In many ways, all thanks to the commercial success of AMC’s dramatic zombie series The Walking Dead, the years to follow has seen an onslaught of zombie related films, television series, and even television commercials! 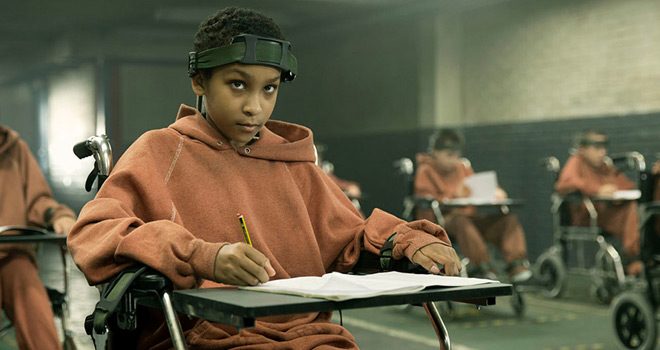 All this in mind, coming from England is one of the latest entries to the Zombie genre, The Girl with All the Gifts. Based on the  M.R. Carey 2014 novel of the same name, the film was shown during Midnight Madness at the 2016 Toronto International Film Festival to positive acclaim. Directed by Scotland’s Colm McCarthy, The Girl with All the Gifts continues to garner praise, raising the question, what could be so special about yet another zombie film?

Set for release on Blu-ray/DVD on April 25th via Lionsgate Home Entertainment, and available now on VOD, The Girl with All the Gifts thrusts viewers into an underground bunker where seemingly harmless children are held as prisoners in cells, only to be let out strapped down in wheelchairs daily for schooling. Immediately raising curiosity as to what exactly is going on, one girl from this group of children stands out, her name is Melanie (Sennia Nanua: Beverly 2015).

Melanie, a very bright, sweet young girl, is rather cooperative with the soldiers ordering her around and develops a unique bond with her teacher, Helen Justineau (Gemma Arterton: Quantum of Solace 2008, Hansel & Gretel: Witch Hunters 2013). In their meetings, Melanie seems very curious to learn and Miss Justineau is eager to teach her and the other children.

From here, it takes a good chunk of time before the viewer discovers these are not normal children, they are the subject of experimentation with a team led by Dr Caroline Caldwell (Glenn Close: Fatal Attraction 1987, The Shield series) seeking to find a cure for a mysterious fungal disease that has overtaken humanity. The kick is, the children are infected with the disease, thus making them flesh-eating, yet intelligent beings. Melanie, by far the most advanced of them all, has the most constraint and understanding of who and what she is. That said, when chaos ensues and the Army base is overrun by what are called “hungries,” Melanie is protected and escapes with lone survivors Miss Justineau, Dr. Caldwell, Sgt Eddie Parks (Paddy Considine: Cinderella Man 2005, The Bourne Ultimatum 2007), along with Pvt Kieran Gallagher (Fisayo Akinade: Cucumber 2015, Banana 2015), and Pvt Dillon (Anthony Welsh: My Brother the Devil 2012, Red Tails 2012). Now out in the wild with no protection, they are set out to brave the post-apocalyptic world full of hungries. 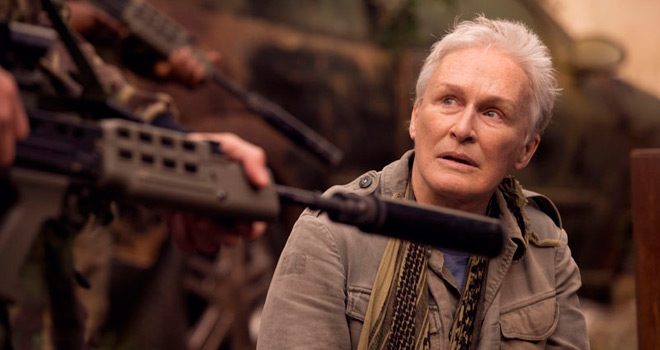 Throughout their journey into the unknown, more and more clues are revealed as to what exactly is affecting humanity and how Dr. Caldwell sees Melanie as the key to finding the cure. Clearly conflicting viewpoints amidst the group, Miss Justineau seeks to protect Melanie from any harm whereas Dr. Caldwell clearly is determined to carry out her task as a scientist. Will they find the cure they seek, or is humanity doomed to be completely consumed by this fungus?

Often slow moving, and at other times a bit confusing as to what Melanie and her second-generation hungries siblings really are, The Girl with All the Gifts is certainly a unique take on zombies. Starting off with a vaguely familiar setting to that of George A Romero’s 1985 classic Day of the Dead, the atmosphere soon shifts to that of Danny Boyle’s 2002 hit film 28 Days Later.

This is not to say The Girl with All the Gifts lacks originality, there is plenty of it amidst the 111 minute run time of the film. For one, it takes a more scientific approach to a zombie epidemic, looking at it as a more logical fungus taking over. With that comes some new ideas such as dormant zombies who eerily just stand in place until they smell live flesh to feast on, and eventually decompose and sprout seed pods; a effect of the fungus growing. These new concepts can come across as a bit headstratching to fans of zombie films, but are compelling and fresh nonetheless.

In addition to the newer takes on zombie life come the more modern full-speed-ahead running corpses. While some may find this to be entertaining, others will roll their eyes to believe a rotting body could ever run at full speed and have the strength of a living being. Then again, are they dead or alive? This is a question surrounding The Girl with All the Gifts after Dr. Caldwell raised the question of Pandora’s Box to Melanie. Again, all very confusing and blurring the idea of what the definition of a zombie really is.

Looking beyond zombies on steroids who make absolutely absurd grunts and facial expressions, The Girl with All the Gifts is a very emotional and entertaining film. Clearly the highlight of the film is Melanie, played brilliantly by the talented Sennia Nanua. Her character is believable, likeable, and clearly one audiences can root for.

Then there is the portrayal of Dr. Caldwell by Academy Award nominee Glenn Close, which is equally as believable and powerful. Her demeanor is quite scientific, and while to some she clearly could be viewed as the villain, it is easy to understand her point of view. 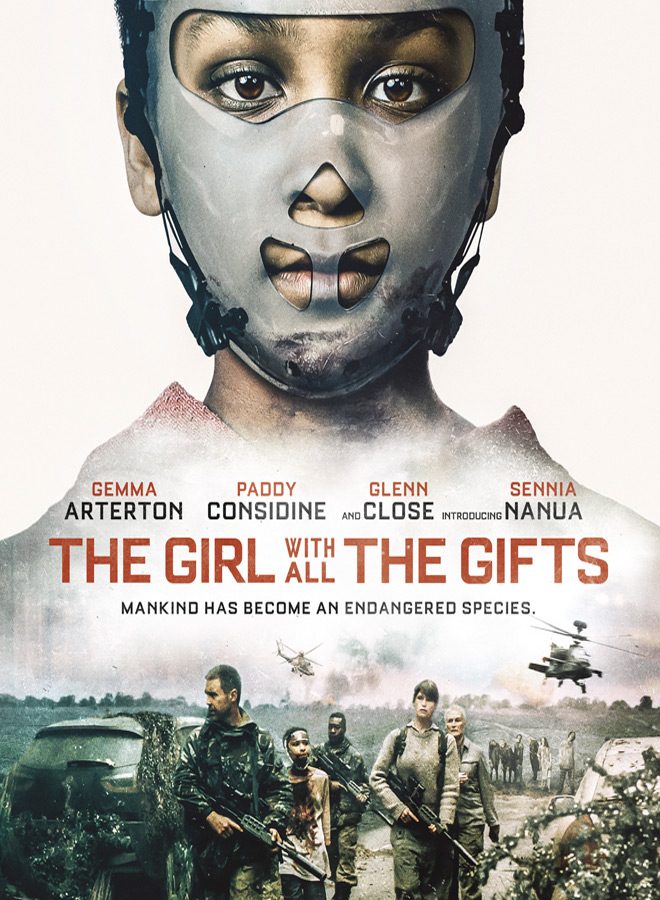 Purchase The Girl with All the Gifts: Amazon | iTunes