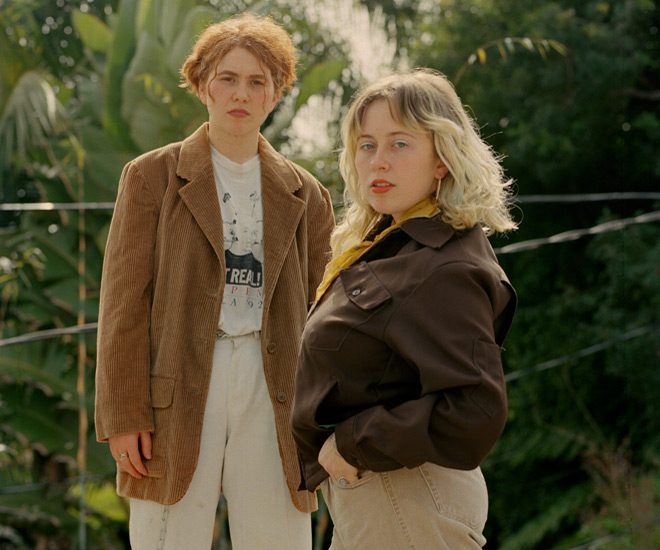 Though only 20 and 21 years of age, Los Angeles, California Indie duo Girlpool have managed to make quite a name for themselves with their eponymous 2014 EP and 2015 debut LP Before the World Was Big. That first record featured only the effortlessly cool Cleo Tucker and Harmony Tividad’s simple guitar and bass melodies behind the duo’s intense vocals and lyrics. Fast forward a couple of years, their newest full-length, Powerplant, expands and intensifies Girlpool’s established sound by adding in a third performer, Drummer Miles Wintner, whose crashing cymbals and fast beats are a welcome addition.

Set for release on May 12th of 2017, Powerplant was recorded and mixed by Drew Fischer, and not only is it their sophomore album, it marks their debut release on ANTI- Records and signals an exciting sonic evolution that, despite its promise, is not always fully realized.

Those familiar with Girlpool’s earlier releases will recognize their signature vocal stylings that call back to those of early Tegan & Sara. That said, Powerplant sees the focus shifted from vocals to music. Tucker and Tividad’s hazy guitars, deep bass lines along Wintner’s explosive cymbals now take center stage. This is while their new well-produced vocals rarely rise above stylized whispers. Though Powerplant is sonically intense, playing with some aggressive experimentation with dissonance, it does not match that power with some Sleater-Kinney-esque screams. This in mind, perhaps Powerplant’s more reticent vocals are better suited to its observational, outrospective lyrics.

Opening track and lead single “123” was released in early March accompanied by a surreal, oozy, and refreshingly queer music video. The duo’s vocals will be recognizable to fans of the band’s earlier releases, almost as though “123” is meant to bridge the gap between past and present. It carefully introduces Wintner’s drums in a way that is not overpowering, easing listeners in with a soft drum roll before filling the track with non-stop crashing cymbals.

The most exciting moments of Powerplant are found in “Corner Store,” a song whose harmless, intricate guitars bounce merrily along until they are interrupted by a sudden, dissonant explosion of heavy, Grungy fuzz before hopping right back as if nothing happened. Experimentation like this shows true evolution for Girlpool, but this track clocks in at only a minute and a half, and those few seconds of pure, sweet aggression are never felt again. The only other instance of true heaviness is heard in the slow, Shoegaze-like banger “Soup.” While “Soup” is one of Powerplant’s bright spots, it is another too-short track whose hazy guitars show the band’s eagerness to evolve. At the same time, it shows a hesitation to move fully past their earlier sound.

It should be mentioned Girlpool have cited The Cranberries, Brian Eno, and the Cocteau Twins as inspiration for Powerplant, and these influences can be heard all over textured Indie tracks like recent singles “It Gets More Blue” and title-track “Powerplant,” both of which manage to combine the band’s original sound with their new, more intricate efforts. Like their Before the World Was Big, many of the songs on Powerplant tend to blend together into a singular being, though a few tracks stand out among the rest. While going through Powerplant is a cohesive experience, slower tracks like “Sleepless” and “Fast Dust” seem to disappear among the more fast-paced gems.

Overall, Girlpool has created a cohesive sonic experience with Powerplant. The album’s best parts are only teased rather than fully explored, and those flashes of dissonant experimentation come to an end far too soon. However, if Girlpool has made such a leap in sound in only two years, it is exciting to see where they will go next. For these reasons, CrypticRock gives Powerplant 4 out of 5 stars. 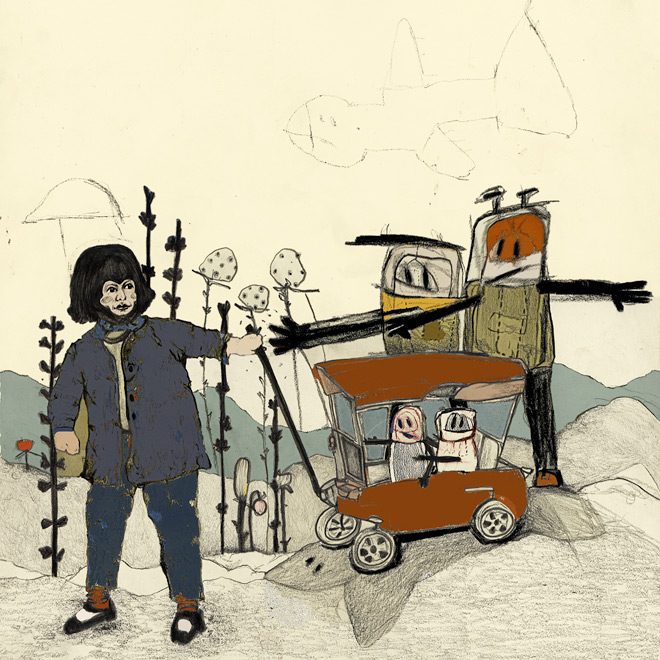