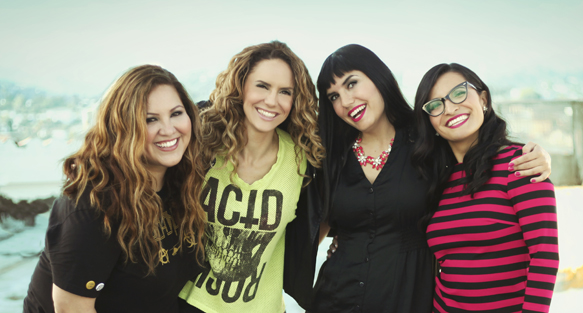 When sisters Aixa and Nicolette Vilar dreamed of being famous Rock stars, they had no idea that their dreams would become a reality. Go Betty Go, the all-girl, Rock/Punk/Pop band from Los Angeles, California, officially formed in the beginning of the 21st century with Aixa on drums, Nicolette on vocals, Michelle Rangel on bass, and Betty Cisneros on guitar. The band name comes from the chant the girls would shout to get Cisneros to kick start a song. After their debut EP, The Worst Enemy, in 2004, these Latina spitfires got immediate recognition with invitations to go on Vans Warped Tour in both 2004 and 2005, and their single, “C’mon,” being chosen for the soundtrack in EA’s Burnout 3: Takedown video game. They are often compared to both the Go-Gos and Joan Jett, a flattering compliment, but all was not well in the cramped confines of the touring van. Soon after the release of 2005’s Nothing Is More, Nicolette left the band and was replaced a few months later by American Idol’s Emily Wynne-Hughes. The following year, bassist Rangel also left, leaving Filter’s Phil Buckman to fill in the gap. All things come full circle, and in 2012, all four original members rejoined the band. Pledge Music’s six song EP Reboot, released January 27, 2015, is the result of that reunion.

Filled with the thrash and bash Punk attitude of the ’70s, “By Your Side” is an electrically provocative tune that burns along with Aixa’s zipper fast drumbeats and Cisneros channeling Chrissie Hynde on the axe. Adding a dash of Pop and a pinch of Metal to the mix, “Drown” pounds the speakers with Rangel’s buzzing, burning chords and Aixa once again slamming the kit. Nicolette’s honeyed, hard as nails vocals are the driving force in the much heavier “It Haunts You Now.” A Spanish cover of Brit Pop band Elastica’s 1993 single, “Stutter,” “Tartamudo” sounds like a punchier, all female Social Distortion. Chunky, chugging riffs clobber the eardrums in “Cemetery Stone” while “Where I Sleep” turns up the speed and the treble with a lighter, galloping beat interspersed with a sweet off-tempo chorus.

Although the EP is a short six song compilation, what it lacks in longevity, it makes up for in quality. These kickass Punk rockers give a perfect performance on every song. Their raw, vintage sound is refreshing after a radio dial crammed with the synthesized, remixed, and remastered Pop trap that so many female artists have fallen into as of late. Go Betty Go have played several show dates so far this spring, but so far, they have stayed in California. Looking for some kickass Melodic Punk to shift the night into high gear? Search no further than Go Betty Go. CrypticRock gives Reboot 4.5 out of 5 stars. 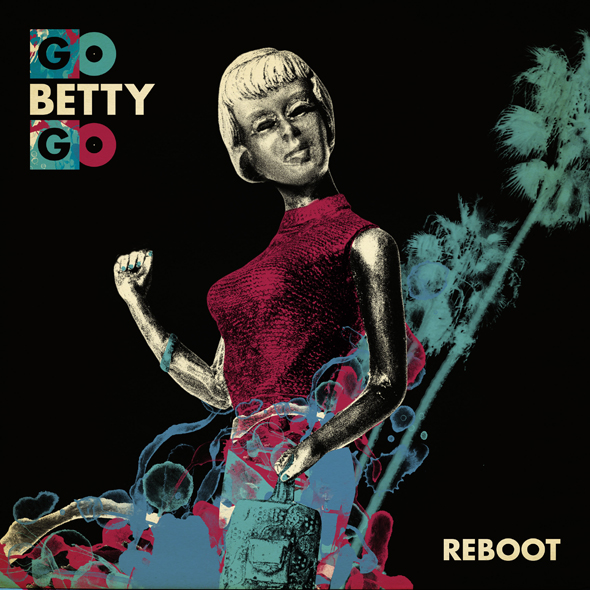