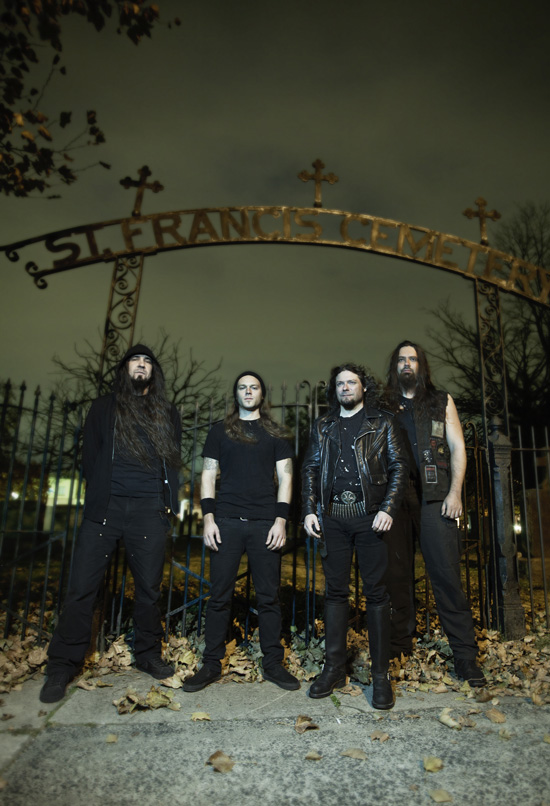 Goatwhore, hailing from New Orleans, Louisiana, are a hard band to categorize. They resist being put into any one sub-genre, something journalists and fans cannot seem to keep themselves from trying to do. Forming out of the ashes of Acid Bath back in 1997, their ferocious blend of classic Celtic Frost and Bathory might have been called black metal twenty years ago, but the headbanging thrashy riffs and straight-ahead nature of their songs will not allow such simple categorical assignment. Generally a better live band than a studio outfit, Goatwhore has churned out an ever improving canon of stormers, culminating in 2014’s Constricting Rage of the Merciless, out now on  Metal Blade Records.

The upward swing is still on, as the reliable veterans immediately go for the throat with opener “Poisonous Existence in Reawakening,” assaulting the listener with speed and heaviness in spades. The raw throat of vocalist Ben Falgoust is in fine form, admirably steering the speedy tunes where they need to go. On “Baring Teeth For Revolt,” Goatwhore injects some Mötorhead-style riffs into a song that winds up being highly catchy and a complete rocker. A blistering guitar solo nicely augments what is arguably the best song on the album.

Things do not lighten up or deviate from the Goatwhore formula, and that is a good thing. The band has learned to trim some of the lyrical fat which plagued their earlier releases. These songs get a chance to breathe despite being fairly brief – only one track clocks in over the four minute mark. This lends a very punk-black metal aesthetic to the album, which while not wandering out of the general model of death metal, does keep things from getting stale. ‘Heaven’s Crumbling Walls of Pity’ even manages some more creative interludes reminiscent of some of the things Napalm Death is doing these days.

“Cold Earth Consumed in Dying Flesh,” the longest song, is perhaps the most experimental. Slowed to a crawl, it seems to want to doom things up a bit, before the boys pick up the pace to the more neck-snapping meter they do so well. “Schadenfreude,” on the other hand, features some of the most mid-paced melodic moments Goatwhore has given us. Overall the album is consistent and affirms what the relentless, hardworking Goatwhore has always brought to the table. Instead of trying to push the speed or Satanic envelopes, Goatwhore trades on that invaluable maxim of heavy metal; good, catchy neck-snapping tunes for the bullet-belt set. And while experiencing Goatwhore live is still the best way to enjoy them, they are honing their studio skills with each release. Constricting Rage of the Merciless is another step closer to the next level on their hellish journey. CrypticRock gives this album 4 out of 5 stars. 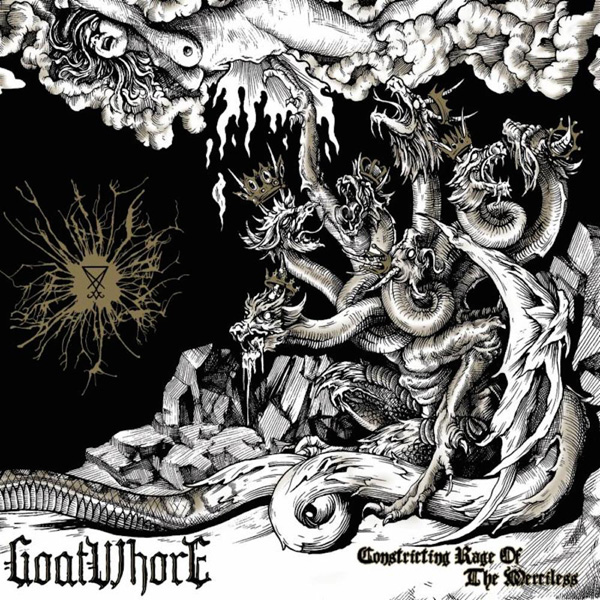