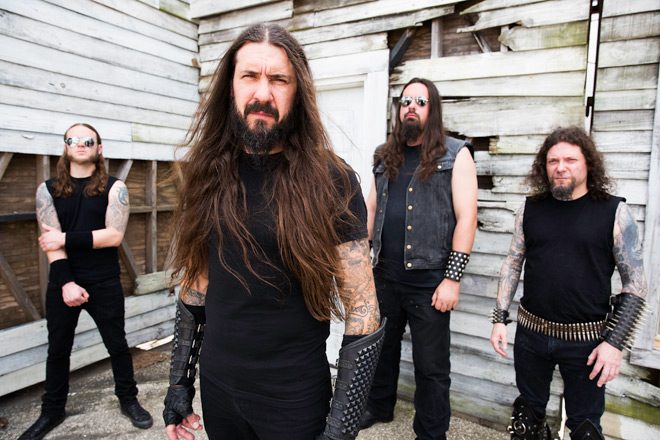 Within the Heavy Metal niche that is Extreme Metal, and more specifically Blackened Death Metal, there are quite a few strong contenders. That said, no one really compares to the unique dynamic and force that New Orleans based Goatwhore delivers with each consecutive album. Hanging tough since the late ’90s, Goatwhore are back with seventh studio album Vengeful Ascension on June 23, 2017 via Metal Blade Records.

With current members’ backgrounds ranging from from Acid Bath and Soilent Green, it is no wonder Goatwhore are where they are on today’s scene. Included in their roster, Sammy Duet is on guitars/backing vocals, L. Ben Falgoust II on lead vocals, Zack Simmons on drums, and James Harvey on bass, although, the touring bassist as of late has been Robert “Trans Am” Coleman.

An album coming prior to a May tour with Amon Amarth, a headlining June tour, and a forthcoming September tour with Venom Inc, Goatwhore hit the ground running with Vengeful Ascension. The ten track album serves up the perfect length of blackened mayhem and virtue that dives into the dark subject matter of emotional desolation as well as apocalyptical beginnings. It all starts on a sinister note with “Forsaken,” which features gravely vocals exploring the takeover of light with demonic darkness. Next, “Under The Flesh, Into The Soul” incorporates the best traits of old school Black Metal and Death Metal in guitar riffs and solos which blend the two into vile perfection.

Moving into the title-track, the layered blackened vocal effects accomplish exactly what they set out to do. This is while the guitar takes a more melodic pace and the drumming carries the anticipation well. There is an abundance of elements at play in the structure behind this tune and the result is the ultimate deal. From here, some other successful songs include the dismal serenity found in “Where The Sun Is Silent,” one that really takes any beast within from the effects of the chanting vocals to the slower guitar pacing versus the blast beats on Xanax effect of the drumming. After the world seems to be at some level of grime-filled peace, the pace picks up with “Drowned In Grim Rebirth” firing at the listener in all directions from the top notch creativity in the drumming mixed to the changing growls of the vocals.

Later on comes the favorite “Mankind Will Have No Mercy” thanks to its excellent catchy riffs, drums of madness, and sadistic vocals with charmingly disillusioned lyrical content. Marching along, “Decayed Omen Reborn’s” message is clear and the demon party has arrived for the take over. As most Goatwhore tunes, the drumming again is interesting and not typical of this kind of Extreme Metal. It never becomes monotonous or overbearing as it can easily become in Death Metal. Finalizing the mix, the power tune “Those Who Denied God’s Will” has many of the known styling that entails Goatwhore as a band plus a few bonus moves, making it essential for a live set.

One of the highlights Goatwhore brings is that the message is scholarly and deep seeded always. In terms of lyrics, as well as the rhythms themselves, every aspect is expressed in a highly poetic way that can not be ignored. They definitely understand the teachings of their predecessors while taking the music to the next fashion-forward level. In today’s Heavy Metal world, it is difficult to stay afloat with the changes in financial gain and the constantly evolving technological world. Goatwhore seems to be constantly taking that step forward in the right direction and bring their A-game to every thing they do.

All this said, Vengeful Ascension could be the strongest Goatwhore album in terms of musical direction, yet the classics still remain true-blooded staples that can not be overturned. The change in production from the usual culprits has done the band no harm, no foul, and Vengeful Ascension is a must have for any fan of Extreme Metal. Without further eulogizing, CrypticRock gives this album 5 out of 5 stars. 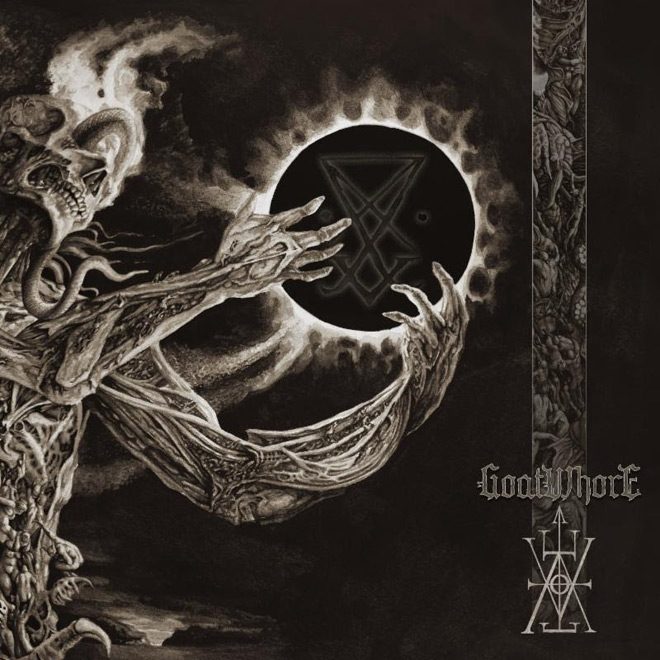