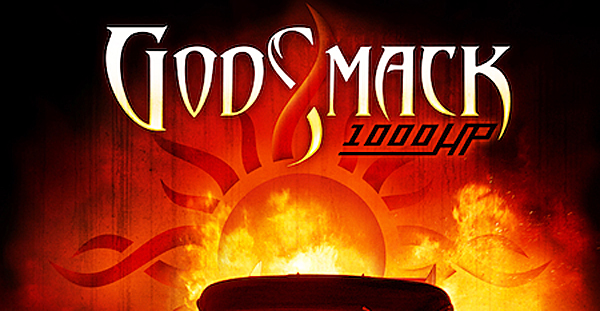 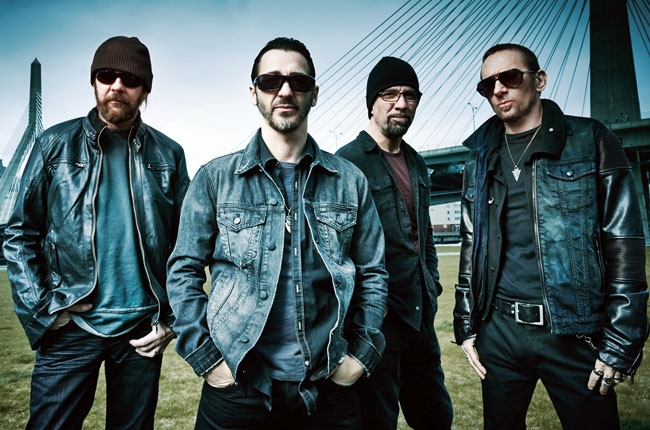 In early 1995 Sully Erna (vocals), Robbie Merrill (bass), Lee Richards (guitar) and Tommy Stewart (drums) came together and what resulted is still changing the landscape of hard rock music today. Originally calling themselves The Scam, the quartet quickly changed their name to Godsmack shortly after recording their first demo. Since then the band has made six studio albums, four DVDs, a compilation album, and a live album. To date, the band has sold more than twenty million albums worldwide, had multiple world tours, won Billboard’s Rock Artist of the Year award in 2001, and this year Mayor Marty Walsh declared August 6th as Godsmack Day in the city of Boston, solidifying their place in musical history. Through all of their accomplishments Godsmack also went through rougher patches causing member changes on several occasions, ultimately leading to current members: Sully Erna (vocals), Robbie Merrill (bass), Tony Rombola (guitar/vocals) and Shannon Larkin (drums). Their current album, 1000hp, was released in the U.S. August 5th of this year under Republic Records and produced by David Fortman; who also worked on the band’s previous album The Oracle; and is the 6th studio album from Godsmack.

Leading with the title track, “1000hp”, the album starts with the heavy, driving sound that defines Godsmack and lyrically the song chronicles the bands’ ongoing run through the music industry. Charged with adrenaline and all around fun to listen to, it is easy to see why this was the single released prior to the album. The second track, “FML”, continues the album with the powerful guitar riffs and bass heavy sound that has characterized Godsmack since birth. The vocals are particularly powerful and infused with a certain passion and anger that Sully Erna captures so well. These characteristics are prevalent through the entirety of the album. The seventh track, “Living in the Gray” is musically and vocally intense and engages the listener in a way few songs can, forcing you to acknowledge every aspect. It drives through you with heavy, slurred riffs and powerful, almost chastising, lyrics. Shortly after “Living in the Gray” we come to the ninth track, “Nothing Comes Easy”. It begins with a heavy oscillation with heavier distortion before you hear the drums and bass fade in then drops into a staccato, stuttered riff pattern to accompany the vocals. Musically complex, “Nothing Comes Easy” successfully blends the two distinct sounds that alternate throughout this track with flawless transitions and a masterful level of accuracy making this a song you simply must hear yourself. The tenth and final track “Turning to Stone” closes the album in the macabre tone woven into every Godsmack album. A slow, haunting melody laid out by Tony Rambola is soon accompanied by a light blend of woodblock percussion and a bass line designed to provide a heavy accent to the melody. To put it simply, “Turning to Stone” is classic Godsmack.

With ten tracks making the final cut, 1000hp is forty minutes of some of the best hard rock out there and a must have for any Godsmack fan. It fuses the classic sound Godsmack helped cultivate in the nineties with a bit of the new sound it evolved in to over nearly twenty years. The album is set for release in the U.K. September 1st under Spinefarm records and the band has already announced a U.S./Canadian tour which kicks off the 15th of this month in Clarkston, Missouri. All said and done, CrypticRock gives 1000hp 4 out of 5 stars. 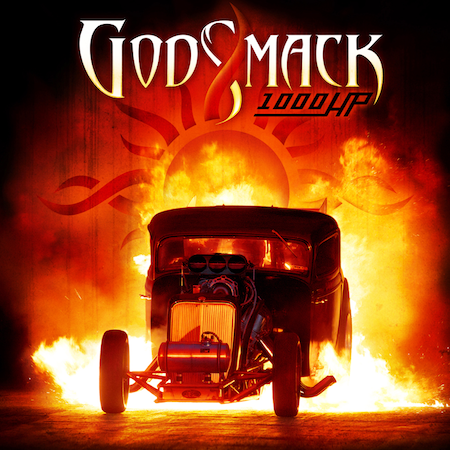