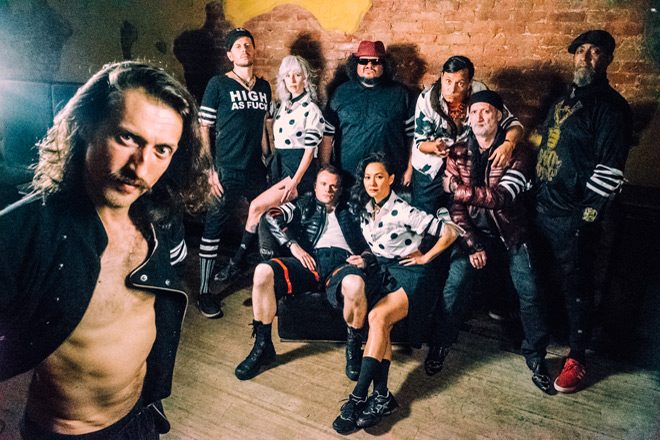 Sometimes you just need a dose of Gypsy Punk Rock in your life, right? Be not afraid: Gogol Bordello have you covered with their newest anti-depressant offering, Seekers and Finders, available Friday, August 25, 2017, thanks to Cooking Vinyl.

Formed in the glorious melting-pot of New York City in 1999, Gogol Bordello – a band of immigrants with members hailing from Ukraine, Ecuador, Russia, and Ethiopia – blends Eastern European/Gypsy music with Punk, violin, and accordion to create a sound that is fully unique and wholly their own. With six full-length studio albums to their credit – from 1999’s Voi-La Intrude to 2013’s Pura Vida Conspiracy – perhaps you have heard something about this band and their campaign to “Start Wearing Purple?”

Known for their theatrical, energetic live shows, this is a group of multi-talented musicians who have traveled the world prolifically, sharing stages with the highly eclectic likes of Primus, Flogging Molly, and Cake. They have even appeared in several popular films, including and notably 2005’s Everything Is Illuminated, where Vocalist Eugene Hütz co-starred with Elijah Wood.

They start off on the frenetic high of “Did It All,” a jazzy little number that is a massively fun, fully embracing the unique sound that is Gogol Bordello. This rocking attitude continues in the powerful urgency of Hütz’s vocals on “Walking On the Burning Coal,” which features guest trumpeter Roy Paci, a Manu Chao collaborator. “Break Into Your Higher Self” – a fun jam that has punch and bite and yet feels like a dance through the streets of NYC sunshine – leads the band into album namesake, “Seekers and Finders.” This mid-tempo, fairly tame offering is a duet between friends Hütz and Regina Spektor that sees the pair wandering through a meandering, lyrical landscape. Are you a seeker or a finder?

Despite the fabulously fun, fiery title, “Familia Bonfireball” is not the album’s best offering, though it does maintain an upbeat marching pace that highlights the extensive talents of this multi-instrumental band. The gentle little marimba of “Clearvoyance” sways into “Saboteur Blues,” a delicious, punktastic excursion that waves the middle finger in the face of René Descartes (nearly 400 years too late, but that’s alright!). Then there is “Love Gangsters,” a devious prance through the night with cinematic sonics that would themselves to a soundtrack beautifully.

Unfortunately, Gogol Bordello’s brand of musical mayhem seems to suffer a bit whenever they dial it down and slow the pace, as they do for the beginning of “If I Ever Get Home Before Dark,” though the track does end with an ultimately celebratory feel. This flows flawlessly into the fabulously fun “You Know Who We Are,” which sees Hütz tackle Spanish, creating an atmosphere that feels like a dance in the summer sunshine of Central Park. They end on the tame, barroom sing-along of “Still That Way” – what feels like classic Bob Dylan – but conversely exhorts the listener to stay present in the current times.

Gogol Bordello are one of those bands that will never be a universal taste; instead, they are a wholly original offering in a sea of tired, boring and insincere copies. Sincere is, in fact, the perfect description for a group of immigrants who travel the world, experiencing life in each corner of the globe, then crafting that experience into uncommon sonic journeys. On Seekers and Finders, they stay locked in the present to create a musical picture that is entirely enjoyable, infectious, and a guaranteed dance-a-thon of smiles and laughter. How can you not love this phenomenally-talented group of musicians? For these reasons, CrypticRock give Gogol Bordello’s Seekers and Finders 4 of 5 stars. 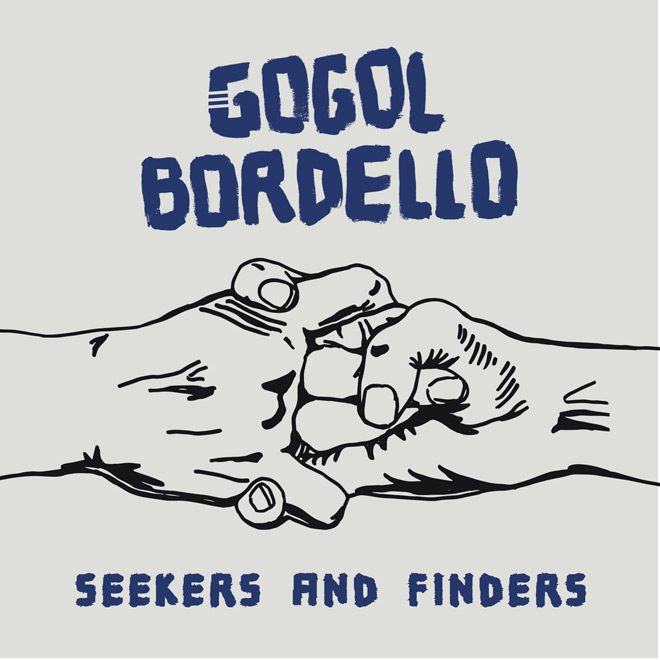