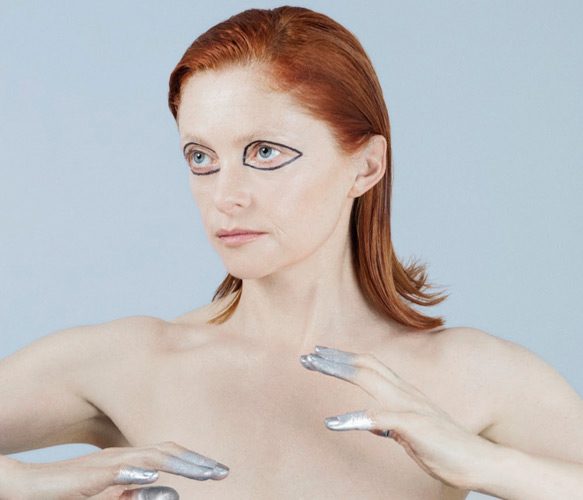 Ooh la la, there is some new music coming your way from Goldfrapp on March 31 via Mute Records. The duo’s seventh studio album, Silver Eye, is set to arrive full of the characteristically diverse, unique Goldfrapp sound.

An Electronic duo from the streets of London, Goldfrapp came into being in 1999. The brainchild of Alison Goldfrapp (Vocals, Synthesizer) – who had done some work with Orbital and Tricky, previously – and Will Gregory (Synthesizer), the duo were quickly snapped up by Mute Records.

Their debut album, 2000’s Felt Mountain, reached No. 57 on the UK Albums Chart and was certified Gold in the UK, but failed to create any major waves outside of their homeland. The pair persevered and, three years later, released their sophomore effort, Black Cherry, which would go on to peak at No. 4 on the Billboard Top Electronic Albums chart here in the U.S. Clearly the tide was turning for Goldfrapp’s brand of Electronic love.

It would be 2005’s Supernature that would put the twosome on the map, musically speaking. The album produced three No. 1 U.S. Dance singles – infectious “Ooh La La,” the ironically-titled “Number 1,” and the catchy “Ride A White Horse” – and was nominated for Best Electronic/Dance Album at the 2007 Grammy Awards.

Their fourth album, Seventh Tree, continued their snowballing success, but moved their sound toward something more Ambient. 2010’s Head First would earn the pair their second Grammy nomination for Best Electronic/Dance Album, as well as a nomination for Best Dance Recording for the Van Halen-esque “Rocket.” This was all followed up with the duo’s experimental sixth release, the Folktronica Tales of Us.

Now Goldfrapp have returned after four long years with the aforementioned Silver Eye. Ten songs that blend the likes of Dance, Ambient, and Electronic music, Silver Eye is a solid offering from a duo who refuse to be pinned down to one genre.

First track, as well as first single/video, “Anymore” is an ethereal, downtempo Dance obsession full of synth and bass; a perfect representation of this entire album, in fact. A song about diving into romance head first, Goldfrapp sings the verse: “You’re what I want / You’re what I need / Give me your love / Make me a freak / I can’t wait / I can’t wait anymore.” Meanwhile, “Systemagic” is a portmanteau for “systematic magic” and the downtempo song that provides the lyrical reference for the album’s title, Silver Eye.

Futuristic Electronica with few but wispy, soft vocals encompass “Tigerman,” a track with a gentle embrace of all things nature: an aural hugging of the jungle. Minimalist electronics provide a background for the sensual vocal layers of Goldfrapp and Gregory, who blend atmospherics with an at-times, dare it be said, Gothic feel on “Become The One.” The beautifully-choreographed Downtempo Ambient Surrealectronica of “Faux Suede Drifter” is stress-free relaxation, while a powerful Tribal-like drum beat holds down the fort so Goldfrapp can impersonate a vocal fairy on “Zodiac Black.”

“Give something back,” Goldfrapp pleads in “Beast That Never Was,” which is followed with the Dance ethereal “Everything Is Never Enough.” Atmospheric synths compose the bulk of “Moon In Your Mouth,” while the album’s closer, “Ocean,” contains a beautifully full sound fraught with dreamy sonics and bizarrely ominous lyrics.

Overall, Silver Eye is a solid collection of genre-bending, experimental, yet oft Downtempo EDM; it works its way through Ambient, EDM, Downtempo, and “Folktronica Trip-Hop,” which results in a general Pure Moods vibe. Those who are fans of Ladytron, Portishead, Kylie Minogue, Björk, or any other artists with eclectic, electronic-based sounds, you will adore Goldfrapp. For its gentle moods, eclectic sonics, and relaxing, downtempo vibes, CrypticRock gives Silver Eye by Goldfrapp 3.5 of 5 stars. 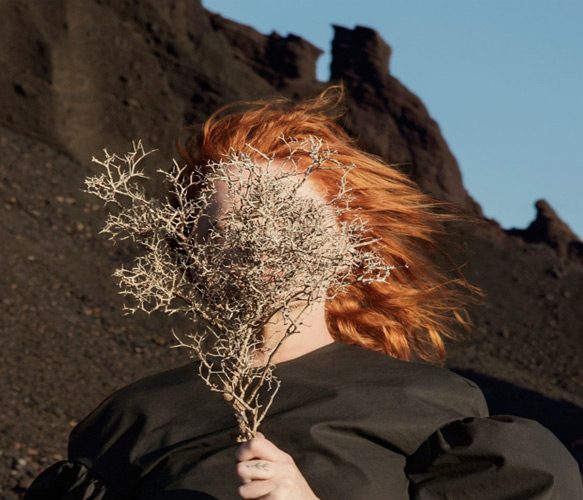