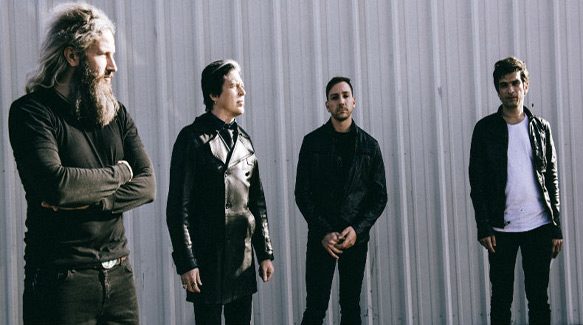 With masterful artistry and ever-changing pockets of inspiration, there is absolutely nothing better than new music from a noteworthy cause. Taking a stab at the world of Progressive Hard Rock, while also not even having a full year of existence under their belt, the new band Gone Is Gone has already built a heightened level of hype from all corners of the industry. Quite the collaborative project, Gone Is Gone is comprised of talented, iconic musicians found from all over the Rock community.

Initially formed by the power team of Multi-instrumentalist Mike Zarin and At The Drive-in’s Drummer Tony Hajjar, these guys took the game to a whole new level when deciding to morph their two talents together in order to sculpt an unbelievable list of notable accomplishments. Spreading their skills through Zarin’s own production company, Sencit, they have seen their music heard in hit series such as Netflix’s Stranger Things, HBO’s Game Of Thrones, and even in 2016’s X-Men Apocalypse, making room for quite a bit of well-deserved exposure along the way.

Adding two more parts to the picture, this dedicated duo soon became an unstoppable quartet with the help of Mastodon’s Vocalist/Bassist Troy Sanders and Queens of the Stone Age’s Guitarist Troy Van Leeuwen. Since then, the one-time concept of Gone Is Gone soon became a reality. With a lineup ready to kill with everyone on board for their next big move, the guys soon went to work on their stellar debut. Now, without further ado, they kick off 2017 with the long awaited Echolocation, releasing the Ken Andrews (Beck, A Perfect Circle) mixed album on January 6th.

Kicking things off with an absolute thriller, “Silent” is just the right amount of creepy, gripping, and exciting. With an entrance such as this one, Gone Is Gone will have no trouble picking up an even larger following throughout the course of their blooming careers. Already taking it up a notch, “Gift” perfectly highlights the grueling and unique vocals which places their sound fully on display. Taking Hard Rock and putting it on a much larger scale, “Resurge” is surely brooding while fully immersing listeners into their own world of  dark, contemporary Rock. Giving off a different vibe than the rest, “Dublin” is spunky in its own way, slowing to a shaky pace and showcasing a wide range of talents from the band. Already a favorite off of Echolocation, Gone Is Gone surely know what they are doing.

A piece that will make anyone want to get up and move, “Ornament” is funky and completely memorable. Highlighting groovy instrumentals, this track is a total hit from start to finish, grasping and hooking any listener. Shaking things up a bit, “Pawns” has sort of a metallic feel and embraces darkness with open arms. Taking on a new form, Gone Is Gone features impressively skilled solos and virtuosity in each and every piece. Slightly daunting, “Colourfade” reaches whole new peaks, making the band seem even more progressive and insane than they already are; only proving this more to be true with “Roads,” an equally dynamic and experimental piece.

Breaking barriers, “Slow Awakening” is not as hard as Hard Rock can get, but is just as of-quality as the rest. Richly textured and complex, each track is a thorough surprise, making each and every replay better. From soft and melodramatic to upbeat and bangin’, “Fast Awakening” is the complete antithesis of the track before. Giving listeners something to rave about, this song is wholly unique and indulgent, showing true talent with each note. Completely taking a shift in tone, “Resolve” is dim and pleasant, unlike anything else heard so far, only to jump back into complete insanity to close out an unforgettable album. Finally, title track, “Echolocation,” just might be the best yet, but there will surely be more to come from Gone Is Gone in the near future.

Up and coming, Gone Is Gone has done nothing but thoroughly shock the Hard Rock scene. With absolute brilliancy shining above all else and treading talent still in the works, Echolocation combines a unique sense of introspective desire and definitely a flare for the dramatic. The album is extremely diverse and certainly will peak listener’s interest with such ability to keep the music fresh. If all else fails, these guys will have this groundbreaking, new, and exciting project to lean back on for many more years of music to come. CrypticRock gives Gone Is Gone’s Echolocation 4 out of 5 stars. 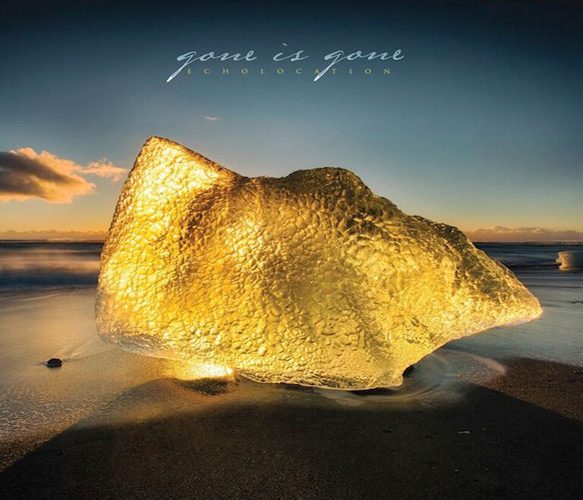