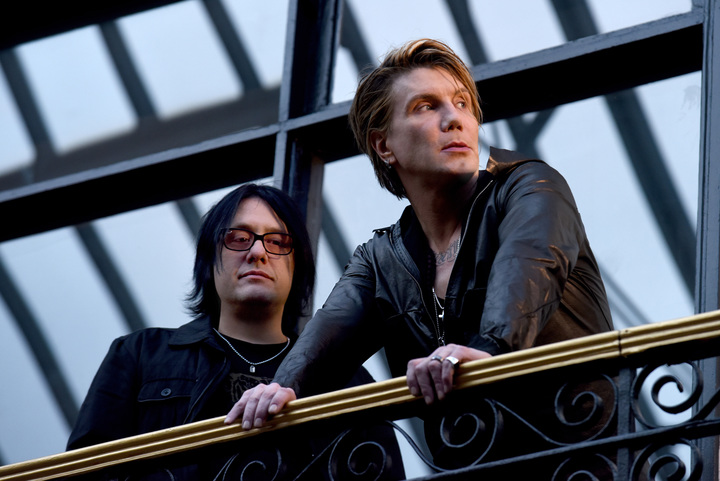 Changing direction from their Rock roots, in recent years the Goo Goo Dolls have turned their musical styling more toward the Adult Contemporary genre. The band’s latest album Boxes continues this smoother transition. Consisting of Johnny Rzeznik (vocals/guitar) and Robby Takac (vocals/bass), the band has featured a wide variety of touring and guest musicians over the years since its inception with Rzeznik and Takac remaining as the original founding members.  Released on May 6th, Boxes is the eleventh studio album by the band that originated in Buffalo, New York.

Boxes opens with “Over and Over,” which on March 25th, 2016 became the first single released from the album. The Goo Goo Dolls manage to rekindle some of their old Pop Rock soul on this track. Rzeznik sings of “starting again” and holding onto your identity in a sea of change. It is generally fun and excitable, boasting an infectious and encouraging chorus. “Souls in the Machine” opens with a prominent bass drum, creating a bouncy and attentive beat that’s easy to get swept up in, while the rest of the song and music sweeps in like a gust of wind. The rhythm and anthemic qualities of this song compel the listener to clap and stomp along as the percussion and strings dance across the track. “Flood” continues this trend of catchy beats and features the petal soft vocals of Sydney Sierota of Echosmith. Her silky and melodic accompaniment to Rzeznik’s gristly vocals brings a beautiful balance to this song that distinguishes it from others on the record.

“The Pin” begins with a simple and honest acoustic and develops into more open orchestration. The hollow and echoic vocal effects create a kind of depth that makes the song feel more encompassing and whole than straight delivery alone. It quickly becomes a more honest kind of simplified Rock / nostalgia song as opposed to a pure Pop song. In a concert setting this would be one of those where everyone gets on their feet to clap and sing along as they pull individual meaning from “you reach inside of me and then you pull the pin.” Does Rzeznik mean like uncorking a pressurized bottle of champagne with emotions pouring out like contents under pressure? Is it more like a grenade, ready to blow the second the safety (i.e “the pin”) is removed? It is anybody’s guess and potentially up to the listener’s interpretation.

Title track “Boxes” continues the trend of hollow, acoustic emotive openings. Rzeznik laments about the need and importance of family and having people who have your back. “Your love’s the one love that I need to know,” he sings. The persistence of the good things in life and the importance of having a strong support structure are the prevailing themes in this track. “Free Of Me” brings some prominent key work into play, with sharp notes opening the track followed by vocals from Takac. His gravelly voice is a distinct contrast from Rzeznik’s and immediately draw the listener’s ear. Evolving into full orchestration with the addition of the strings and drum, the upbeat rhythm and bounciness almost distracts from the moroseness of the lyrics Takac is singing. The music rings with happiness, but his lyrics tell of a life post-breakup, and how one party will find themselves after losing their voice from crying now that they are “free of me.”

Rzeznik takes the vocal lead again on “Reverse” where he issues a call to action on a broken relationship moving forward or starting over in reverse. The concept of going back in time is not a foreign one, but in this song Rzeznik sings of being in a kind of relationship purgatory where the couple is not making any progress for continuously being “stuck in reverse.” The next song, called “Lucky One,” addresses that relationship where no matter what happens, the experience was worth it. Even if everything falls to the ground, you are better for having been in it and you never forget the one who taught you a little more about life and love. “So Alive” presents a more intuitive and emotional honesty that is smoother and more folksy than some of its predecessors. The guitar is simple and evocative on this track as Rzeznik sings this anthem of living life and fulfilling your destiny. It’s catchy, refreshing, and inspiring.

Rounding out the end of Boxes is “Prayer In My Pocket” and “Long Way Home.” In “Prayer in My Pocket,” Takac’s vocals are brought back to the forefront, and rings just as springy and sweet as other songs on the album, but feels like a bit much. While there is nothing wrong with wanting to keep things upbeat, Goo Goo Dolls have inundated Boxes with tons of saccharine sweet Pop tunes that are occasionally marked by some more adult themes and sonic distinction. “Prayer” feels like just another brick in the wall on this album. “Long Way Home” rounds things out by starting out slow and building more deliberately and slowly than other songs on the album. There is a solemness in this track that speaks to the listener and separates it from the rest of the record. It develops into a quicker tempo which upswings the lilt of the song and makes it more of a journey than just another destination.

Goo Goo Dolls have taken a retrospective approach with Boxes and retouched on the Pop and Contemporary elements that brought some success to their earlier work. Since their deviation from a traditional Rock sound to a softer, more emotive style, the Buffalo, New York duo have altered the usual approach to Adult Contemporary music. There is no question that the two musicians benefit from some outside collaborations this time around. Still delivering their signature orchestration alongside Takac and Rzeznik’s gritty and gravelly soulful vocals, Goo Goo Dolls continue to truck along with Boxes. CrypticRock gives Boxes 3.5 out of 5 stars. 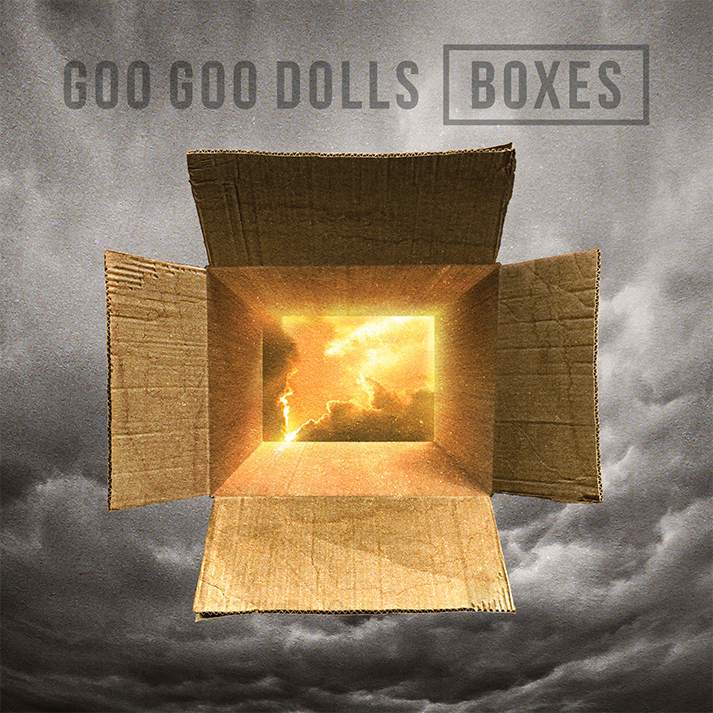