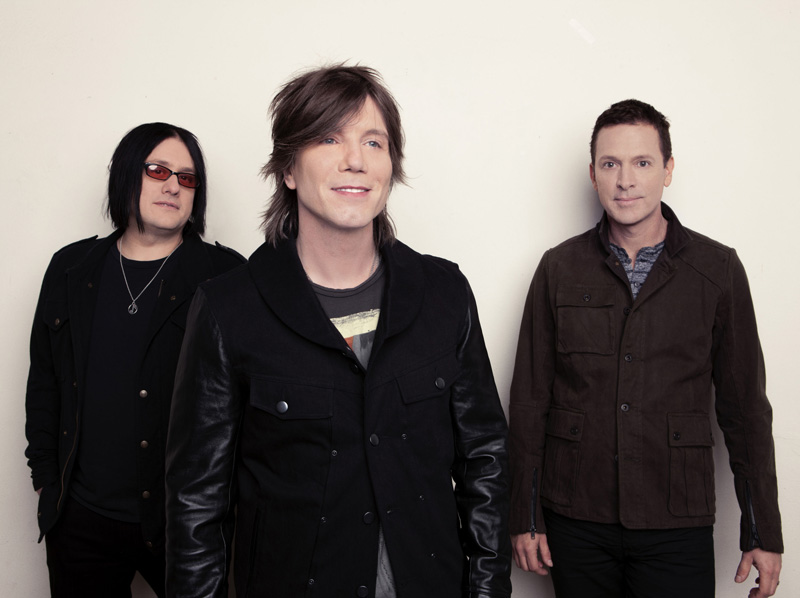 The Goo Goo Dolls have experienced some of the biggest success of any active modern rock band over the past 2 decades. Coming a long way from their garage punk roots back in 1985 starting out in Buffalo New York. The 1990’s was the beginning of a transition period for these guys into alternative rock titans. Many die-hard fans would agree Superstar Carwash (1993) was the band’s most balanced album of rock with a hint of pop. A Boy Name Goo (1995) was the album which broke the band into the mainstream with the big hit “Name”. Dizzy Up The Girl (1998) was the height of success for the band with the mega hits “Iris”, “Slide”, and “Broadway”. After the release of this album the band appeared at a cross road of their harder rock roots and becoming a alternative radio rock band. Gutterflower (2002) offered fans plenty of radio ballads with a good balance of harder rock tracks. It wasn’t until 2006 when Let Love In was released that it was clear the transition had fully be made for the band. A quality album of mid tempo radio ready soft rock further shedding the band’s harder edge. It’s was at this point the band may have lost some of their fan base but enough dedicated fans continued to follow their work. Something For The Rest Of Us (2010) was a decent pop rock record with a mixed reception from fans and critics. Three years later the band is ready to provide fans with their latest work in Magnetic.

If you are one of the die-hard fans of The Goo Goo Dolls from back in the late 80s’s to the early 90’s you need to come to accept the band has changed their sound. As outlined above it’s been a transition for the band and in 2013 they are a full fledged pop rock band. This is not a negative title by any means and progress is important in music. Magnetic starts out with the band’s first single “Rebel Beat”. The perfect modern radio track that will be sure to catch the attention of a large audience. With that said the song does appear to pay homage to the band’s 1990’s alternative roots with the sing along chorus. “Slow It Down” is a well written song lyrically and musically. The song is catchy and one of the strongest on the album. “Caught In This Storm” is a guitar driven track laced with dance like back beat. “Come To Me” is a signature track on the album. With acoustic guitars, keyboards and backing vocals creating a beautiful atmosphere. It’s clear Rzeznik wanted to experiment with different vocal effects creating more depth to the songs. This works quite well on this track and many others on the album. No Goo Goo Dolls album is complete without a few tracks written and sung by founding member/ bassist Robby Takac. “Bringing On The Light” is a heavier track on the album, like most of Takac’s usually are. The song has a great guitar rock feel with excellent melody. “Bulletproofangel” is a piano driven track with excellent melodic structure. Here you will hear more experimentation by the band with different vocal effects making for an interesting listen. “Last Hot Night” is a metallic pop rock track which is bound to be a crowd favorite at live shows. The album closes out with “Keep The Car Running”. The song is sounds like a track off A Boy Named Goo (1995) using keyboards and modern recording technologies. A stand out track and good way to close out the album.

Magnetic is a slight change in direction for the Goo Goo Dolls. Having polishing their sound for nearly 3 decades now they experiment with different effects creating a more layered sound. The layering of vocals, keyboards and other effects make the tracks sound more textures and large than life. The song writing here is stronger than their previous album Something For The Rest Of Us. Overall Magnetic is enjoyable listen of dreamy pop rock for new and old fans alike. Cryptic Rock give this album 4 out of 5 stars. 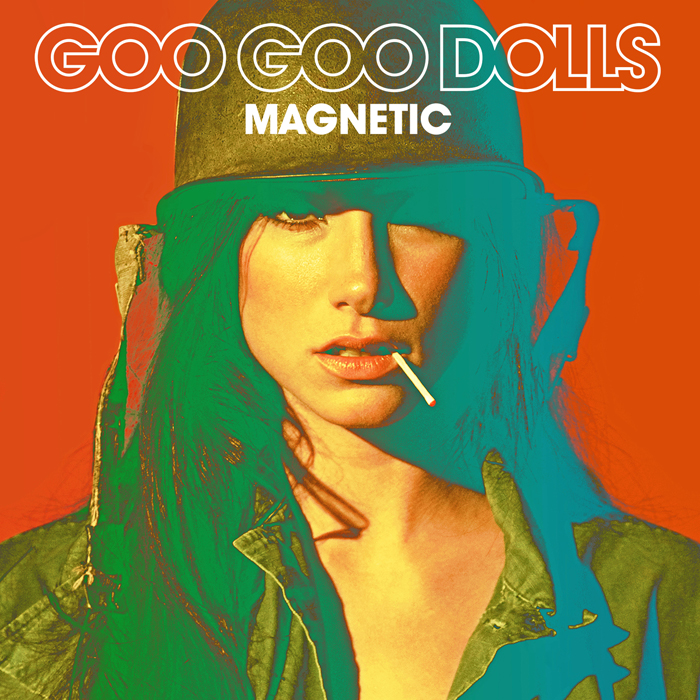