Author Stephen King has seen more of his novellas adapted into film than almost any other writer, and generally with a great deal of success. One of the latest is the Psychological Thriller adaptation of King’s 2010 short story A Good Marriage. Initially a part of King’s Full Dark, No Stars collection, the film was directed by Peter Askin (Company Man 2000, Trumbo 2007) and features some heavy weight actors, gripping tension, and a fascinating plot. 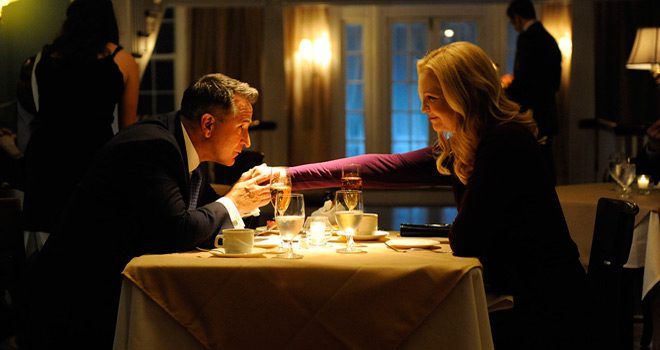 Released via Netflix back in October of 2014 and on DVD through Screen Media in December of 2014, A Good Marriage begins while a serial killer on the loose while Darcy (Joan Allen: The Bourne Legacy 2012, The Family 2016) and Bob Anderson (Anthony LaPaglia: Without a Trace series, The Toy Gun 2016) celebrate their 25th wedding anniversary with their kids – Petra (Kristen Connolly: The Cabin in the Woods 2012, Zoo series), Donnie (Theo Stockman: And So It Goes 2014, The Boy Downstairs 2016), friends, and family.

The next day, Bob and Darcy continue going about their daily routine, albeit with some level of fear from the serial killer. An avid coin collector and high profile accountant, Bob regularly travels in order to chase down a specific coin he is after which would complete his coin collection. When he is at one such trip, Darcy goes searching for something in their back shed and discovers a hidden box. With one glance, the boxes contents tear Darcy’s soul to pieces and shatters her reality. 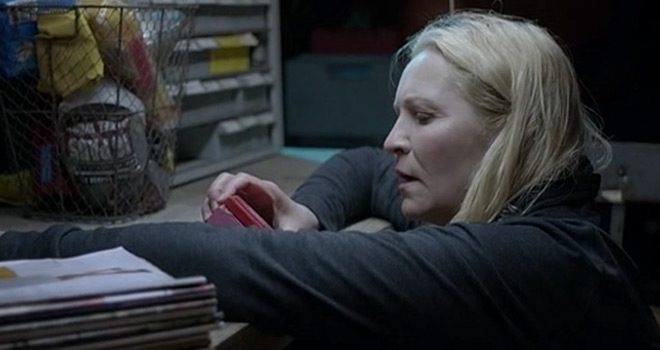 In utter disbelief, Darcy attempts and fails to reconcile her husband’s intimate connection to the infamous serial killer. Upon Bob’s return home, Darcy struggles with her husband’s horrific secret and soon the knowledge tortures her. Unable to keep her emotions hidden, Bob realises Darcy knows the truth, but part of him somehow accepts it and incorporates it into their relationship. This only creates further emotional torment for Darcy and it is apparent they cannot continue to live this way. Even issuing Bob an ultimatum does little to dispel the growing unease and constant fear Darcy lives in.

When the tension reaches its climax, Darcy confronts Bob, resulting in the full truth more than she can bear. Darcy finds a way to make her world whole and make sense again, but will it instead destroy what little she has left in the process? While both adjust to their new reality, they are watched and followed by a man – Holt Ramsay (Stephen Lang: Avatar 2009, Don’t Breathe 2016), somehow tied to Bob, whose unspoken presence drives the story to its completion. Once it is all said and done, no one will ever be the same. 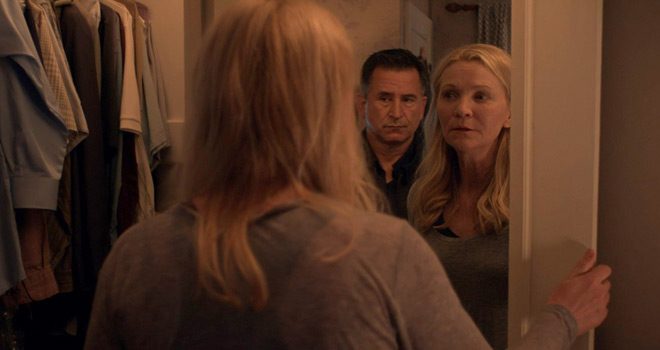 Once again, King delivers an outstanding, creepy story more focused on the internal horror and torment, the angst and punishment we inflict upon ourselves. The repercussions of living with dark and evil secrets creates more cold terror than a monster under our beds. Like him or not, King excels at not only delving into the troubled mind, but amping it up to psychotic.

The acting, cinematography by Frank G. DeMarco (The Slap 2015, Madoff 2016), and special effects are seamless. While not an exact adaptation, and there are a few too many ‘it’s just a dream’ sequences, it is classic King, and from beginning to end, A Good Marriage is an entertaining film taking a look into what really comprises a good marriage. A must watch for all King and Thriller fans, CrypticRock gives A Good Marriage 5 out of 5 stars. 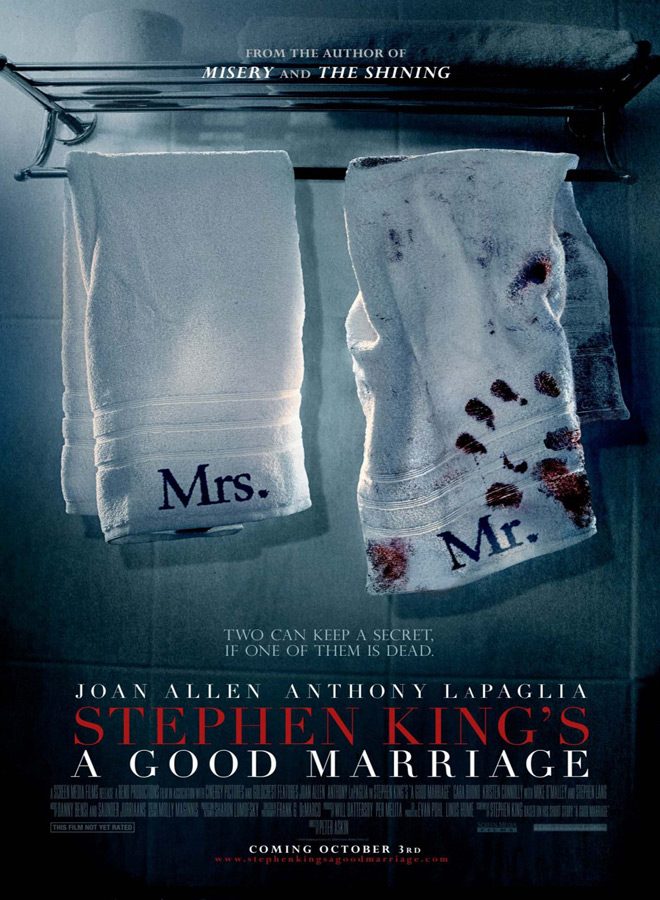