Good Tiger – We Will All Be Gone (Album Review) 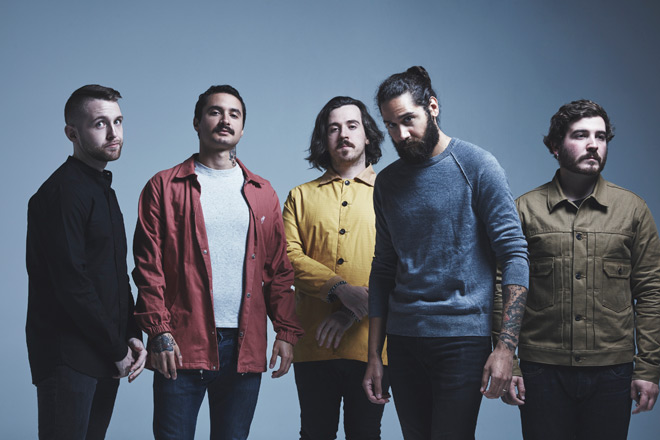 In 2018, music is more accessible than any other time in history: listeners have exponentially more options when choosing their music. With a release date of February 9th, 2018 on Metal Blade Records, Good Tiger’s We Will All Be Gone is a radical, non-adhering sonic breath of fresh air in a musical landscape oversaturated with music that conforms to a prescribed mold. This album pushes the boundaries of what progressive music can sound like, while seamlessly focusing on songwriting in a way that would draw in the most casual or hardcore listener.

Good Tiger’s members have an extensive resume of combined experience. Consisting of Contemporary Alternative veterans Nagle and Joaquin Ardiles, Bassist Morgan Sinclair, Drummer Alex Rüdinger and Vocalist Elliot Coleman, Good Tiger joined forces in 2015 with their debut A Head Full of Midnight. With a union of such prominent musicians, it is inevitable the term “supergroup” will come up while describing Good Tiger, though with two albums already under their belt, Good Tiger have proven they are no gimmick.

Following an extensive tour for A Head Full of Midnight – including sharing stages with Between The Buried and Me and Dance Gavin Dance – Good Tiger decided to record their follow up at Middle Farm Studios in Southwest England with Forrester Savell (Karnivool, Dead Letter Circus), and Engineer/Mixer Adam “Nolly” Getgood (Periphery, Animals As Leaders). Historically, the members of Good Tiger are known for self-producing, so, for A Head Full of Midnight, it was very important the members chose a producer they could trust to make the album they wanted. Recording in the middle of nowhere England for long days and nights for over a month, moments of cabin fever affected the band while recording, but the results were worth the effort.

All five members of Good Tiger contribute to lyrics, giving We Will All Be Gone a sense of perspective, yet maintaining a cohesion of focus on themes of human interactions, emotions and the psyche pushed to the fore. The collection, therefore, successfully invokes a dynamic musical journey that showcases the chemistry and experience of spending time on the road together.

Clocking in 10 tracks and 37 minutes, We Will All Be Gone takes listeners across a prodigious musical landscape that if you blink you’ll miss it. Though it seems like an insult, it is quite the opposite: listening to this album one could get lost in the music and forget how much time has elapsed. With moments of Post Hardcore, Progressive Metal, Jazz Fusion, Pop, and Synth, there is not a moment of filler on Good Tiger’s sophomore effort.

The blistering “The Devil Thinks I’m Sinking” leads off the album with a soft, clean intro that lulls listeners into believing it is a mellow, soothing song until listeners are caught off guard with a heavy riff from the full band, ironically with Coleman asking, “Can you feel it?” The song continues on an upbeat, in-your-face, signature Good Tiger sound that blends Progressive Metal with Jazz Fusion effortlessly.

“Float On” and “Such a Kind Stranger” continue the heavy-hitting, progressive enthrallment set in the high pace opener. “Blueshift” is an aptly-titled track where Good Tiger flex their electronic muscle, infusing danceable synth with their signature sound, opening up into a massive sing-along chorus that accentuates Rüdinger’s ability and attention to detail behind the kit.

With unsheathing existential themes and an Arena Rock singing-along chorus, “Salt of the Earth” stands out as one of the album’s top tracks. Listeners can feel the Classic Rock roots embedded in a song that feels timeless; “Salt of the Earth” will keep listeners’ heads nodding and singing along while subtly questioning existence.

Tranquility inducing “Grip Shoes” is a track not to sleep on. Not the heaviest song on the album, “Grip Shoes” is as sonically diverse as it is catchy. With a quick electro intro, listeners can quickly feel the emotion of the song before the vocals even start. Coleman and co. take listeners on an emotional rollercoaster that starts quaint, but takes listeners soaring high and crashing low on emotion that connects listeners in a way that makes them feel like part of the music.

Closer “I’ll Finish The Book Later” stands as one of the album’s most eloquent moments, showcasing Nagle singing side-by-side with Coleman, intensifying the magnitude of the lyrics in a blissful, haunting finale. Thematically, the lyrics discuss the appropriation of thought and living vicariously through a writer’s work, so having the two voices makes sense.

We Will All Be Gone is a statement of evolution for Good Tiger. Transcending a mere label, the talent of Good Tiger is on a full display that can only be achieved by a band of both high-level talent and chemistry. The spectrum of tonality on this record encompasses everything a Hard Rock, Heavy Metal, Jazz Fusion and Electro-Synth listener would enjoy. While, perhaps most impressively, Good Tiger accomplishes this massive feat all while focusing on songwriting. For these reasons, CrypticRock give Good Tiger’s We Will All Be Gone 4.5 of 5 stars. 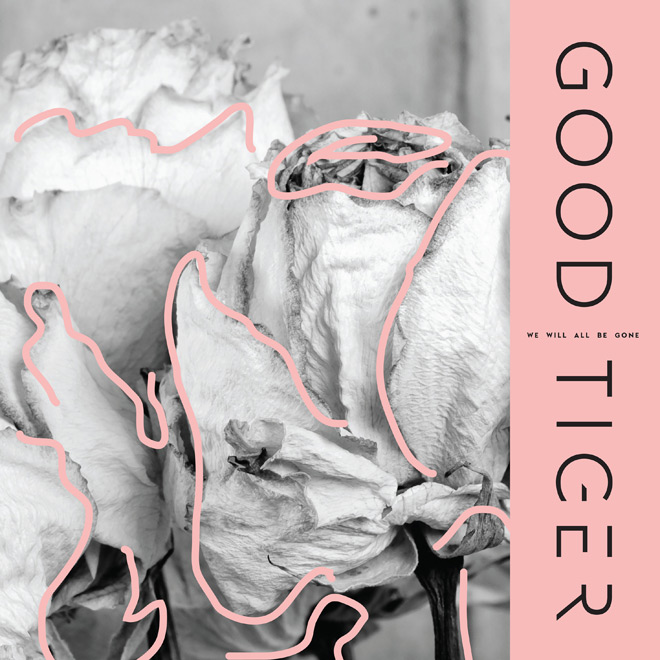 Purchase We Will All Be Gone: