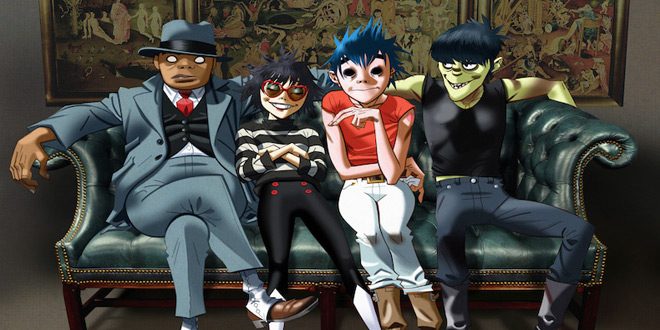 Sometimes the music scene needs a reboot, a recharge, or better yet, a new avenue to refresh intrigue among listeners. Doing just that, the virtual band Gorillaz burst onto the Alternative music scene back in 2001 with their self-titled debut album. A project that began a few years earlier all in thanks to the creative minds of Blur Vocalist Damon Albarn and Comic Artist Jamie Hewlett, Gorillaz would go on to even bigger success with 2005’s Demon Days. Gorillaz’s compelling music videos along with their open-minded approach to music, mixing Hip Hop, Funk, and Alternative Rock, in many ways, was just the charge music needed in the early 2000s.

Now fifteen years since breaking onto the mainstream, Gorillaz have taken some time away from the spotlight, last releasing any new music since 2010 when dropping their album The Fall. In a what have you done for me lately world, it raised the question, where and when will they strike again? Patience is a virtue, and for everyone’s information, Albarn never abandoned the idea of a new Gorillaz album. In fact, he had discussed the possibility of such as far back as 2014. Now, after a long layoff, Gorillaz returned to the public eye on April 28th of 2017 with their highly anticipated fifth studio album, Humanz. An album consisting of a whopping twenty tracks, twenty-six for who invest in the deluxe edition, much of it was recorded over the past two years with various artists ranging from De La Soul to Grace Jones. Produced by Albarn himself, along with contribution from The Twilite Tone and Remi Kabaka, Jr, is Humanz the album fans have patiently awaited?

Recorded in various cities including London, Paris, New York City, Chicago, and Jamaica, upon first glance, Humanz is thoroughly rich in texture. Filled with bizarre moments and quick interludes, it dramatically launches with a twisted vibe of “Intro: I Switched My Robot Off.” Sparing no breath, “Ascension,” featuring Rapper Vince Staples, mixes a darkly whimsical style with modern Rap before Multi-Instrumentalist Peven Everett joins in for “Strobelite,” carefully blending Soul and passion into one.

With the album in full swing, next comes a true Gorillaz, old school rhythm on “Saturnz Barz.” Featuring a guest spot from Popcaan, the track is dark, inspiring imagery similar to 2001’s “Clint Eastwood.” Delightful thus far, Humanz gives way to fast lyrics and rougher vibes on “Momentz” where they team up with Hip Hop icons De La Soul. Known to interject humor into each album they put out, “Interlude: The Non-Conformist Oath” adds a bit of irony to Humanz before it takes off on the more New Age inspired “Submission” with Danny Brown & Kelela. Then, arguably the best song of the album, mad guitars introduce a circus-like atmosphere on “Charger.” Joining up with Albarn, aka 2-D on vocals, Grace Jones adds to the disjointed feeling on the polarizing, yet addictive track.

Marking a shift in the album, “Interlude: Elevator Going Up” introduces “Andromeda” featuring D.R.A.M. – a relaxing, calm track with House influence present. A twisted version of life support adds a bit of creep factor to “Busted and Blue” before the next intermission ups the ante with “Interlude: Talk Radio.” Almost as if trying to answer questions, amidst a drug-induced haze, the bit is hazy and blurry. Diving right back into the rabbit hole, “Carnival,” featuring Grammy winning R&B Singer Anthony Hamilton, gives the sense of running from one’s demons, or perhaps temptations.

Speaking of demonic forces, pulling a little of a church vibe out, “Let Me Out,” with Mavis Staples & Pusha T, explores a shadowy side of Gorillaz further. Here, the voices add a sweet touch to the song, despite the moody lyrics. Later, House musician Jamie Principle joins in on anathem-like “Sex Murder Party.” Reeling the audience in more, on “She’s My Collar,” Colombian-American Kali Uchis joins the fun, assisting in the creation of a modern Gorillaz-styled love song. Slow and holy, yet corrupt at the core, the businessmans’ hymn “Hallelujah Money” featuring Benjamin Clementine provides a curious listen. This is before the brighter, more upbeat “We Got The Power” with vocals from Savages’ Jehnny Beth. Feeling almost independent of Gorillaz, it is fitting for the current state of the world as it concludes the standard edition of the album.

On to the bonus tracks, turning down memory lane with a laid back, old school style Hip Hop, Rag’n’Bone, Zebra Katz, and RAY BLK join up for the feel good “The Apprentice.” This is before warped vocals and contorted vibes bring on “Hallway To Halfway House” with the return of Peven Everett. Shifting gears once more, “Out Of Body,” featuring Kilo Kish, Zebra Katz, as well as Imani Vonsha, is both strange and sweet. Finally, winding down the extra material, the lullaby-like “Ticker Tape,” with the legendary Carly Simon and Kali Ushi, gives way to “Circle Of Friendz.” The latter featuring Brandon Markell Holmes, it is a song one could easily daydream to and find peace.

Overall, Humanz is a jump back into the fire for Gorillaz and marks a switch in the direction. While the album is absolutely solid, many fans might find that the extensive collaborations are a bit much and perhaps take away from the independence of Gorillaz themselves. That said, Gorillaz are still a shining hope in a stale music industry. Worth the wait, and better with each listen, CrypticRock gives Humanz 4 out of 5 stars. 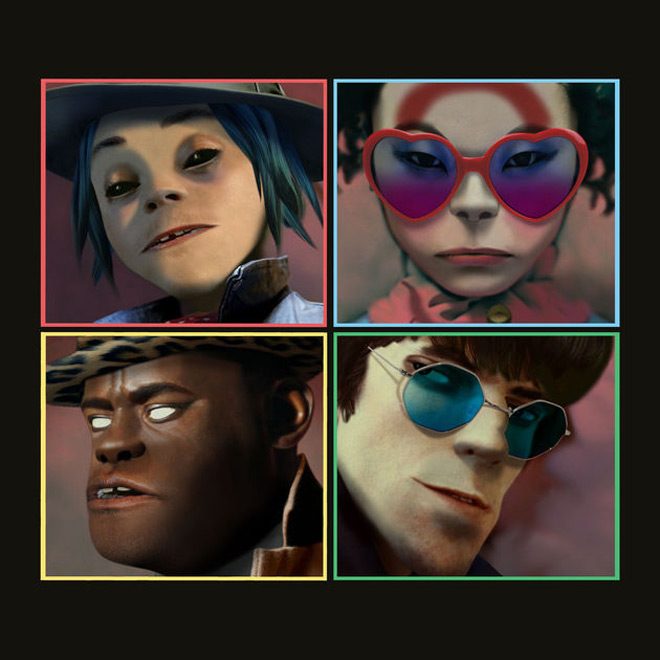