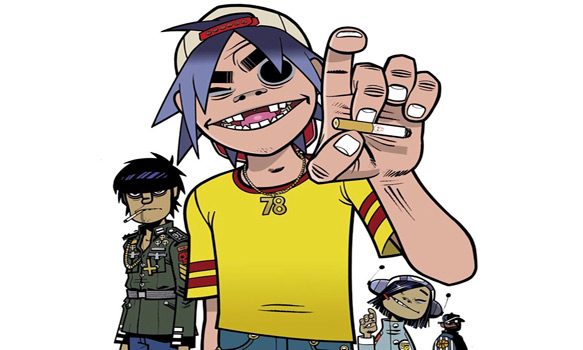 What exactly is a virtual band? A valid question, one could actually look to Alvin and The Chipmunks as the first virtual band. Allowing audiences to use their imagination, and for musicians to stand behind the scenes behind a back story, the possibilities are endless in the world of a virtual band.

Diving into that concept back in 1998, Blur founder Damon Albarn and accomplished Comic Artist Jamie Hewlett came together to form Gorillaz. A unique concept for a band to be looked at seriously, more than a children’s cartoon, Gorillaz were unlike anything else around at the dawn of the new millennium, combined a crayon box of musical genres ranging from Rock, to Pop, to Hip Hop, to Electronica. Unique by default, on March 26th of 2001, Gorillaz hit the music world with an unexpected impact when releasing their self-titled debut album, an impact that still resonates 15 years later.

With Hewlett on animation, Albarn, Dan the Automator, Del the funky homosapien, Miho Hatori, among others handling the music side, Gorillaz hit the ground running in the UK, dropping their first EP in the fall of 2000. Entitled Tomorrow Comes Today, three of the tracks on the EP actually carried over to the release of full-length album four months later. A sampling of sorts of what was to come, the work behind Gorillaz’s music and imagery was a three years in the making, but if one really wants to get technical, it was actually even earlier. Reflecting on the conjuring of the concept, Albarn himself has said that the 1997 Blur single “On Your Own” was actually the very first Gorillaz song before being called such. This in mind, a great deal of thought went into it all and with their debut single “Clint Eastwood,” Gorillaz quickly made an impact. Featuring a rapped verse from Del the Funky Homosapien, it was dark, danceable, and obscure. Most effective when initially consumed along with the animated music video directed by Hewlett and Pete Candeland, the song jetted up charts around the world.

While one could have viewed it as a novelty say like The Archies decades earlier, it quickly became evident that Gorillaz was something that inspired deeper intrigue. Showing how diverse their sound could be, Alternative Rock leaning “5/4” was an early highlight of the album, while other singles such as “19-2000” saw even more attention in the charts. Not limited to just a couple of hits, third single, “Rock The House,” offered a jazzy sound with horn section sample and another guest spot from Del the Funky Homosapien. Then, with the fourth single, “Tomorrow Comes Today,” while appearing much earlier on the 2000 EP, peaked at #33 on the UK Singles Chart. Interestingly enough, it was the music video associated with the track that was actually the band’s first produced and credited as the inspiration to keep the band’s image completely animated.

As far as the album as a cohesive piece, “Re-Hash” was a perfect opener, setting the mood with upbeat tempos and catchy lyrics. That in mind, Gorillaz ability to keep their sound diverse easily turned any of the tracks on the album into a chart-topping hit. For example, often-overlooked cut “New Genius (Brother)” was a dazzling mix of horns, Albarn’s voice, and dips and dives in stylistical approach. This is just one of many standout songs including “Punk” and “Slow Country.”

Not content with just giving fans good music and an interesting video or two, innovative for the time, Gorillaz included content on the CD that worked in tandem with their website to provide an interesting immersion into the “life” of the virtual band members. Sure, other artists earlier marketed Enhanced CDs, but Gorillaz were one of the first to have such in-depth interactive content. While the catalyst of Gorillaz was “Clint Eastwood,” the album was abstract and solid, with each twist and turn throughout. In addition, it offered a new breed of Alternative Rap, one that even non-Rap fans could dig.

Gorillaz did not only create a masterpiece, musically, they also challenged the way a band presented themselves to fans. They proved that a virtual band could be taken seriously and be looked at as much more than a novelty. Just look at the success of more modern virtual bands such as Dethklok, arguably thanks to some of the walls Gorillaz broke down. Debuting with an album that went three times platinum in the UK, sold nearly two million copies of the album in the USA, Gorillaz would keep the momentum going with 2005’s Demon Days. Since then, they have 2010’s Plastic Beach and 2011’s The Fall, both well received by their dedicated following. Now, fans patiently wait for new Gorillaz material, and there has been a tease of a new album set for release in 2017. Until then, it is wonderful to look back on the album that started it all, one that meant so much to many growing up in the early 2000s, and 15 years later, still does. 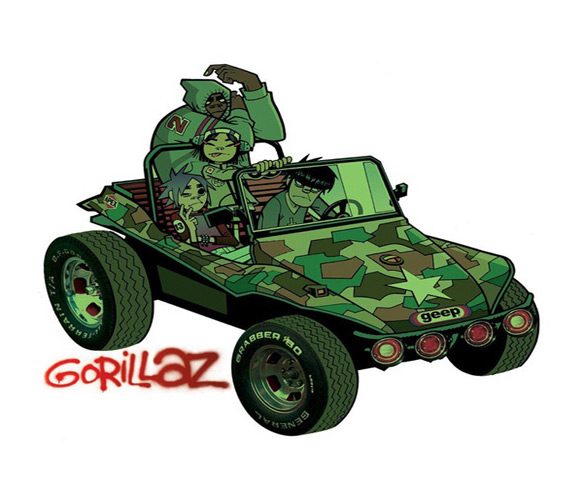