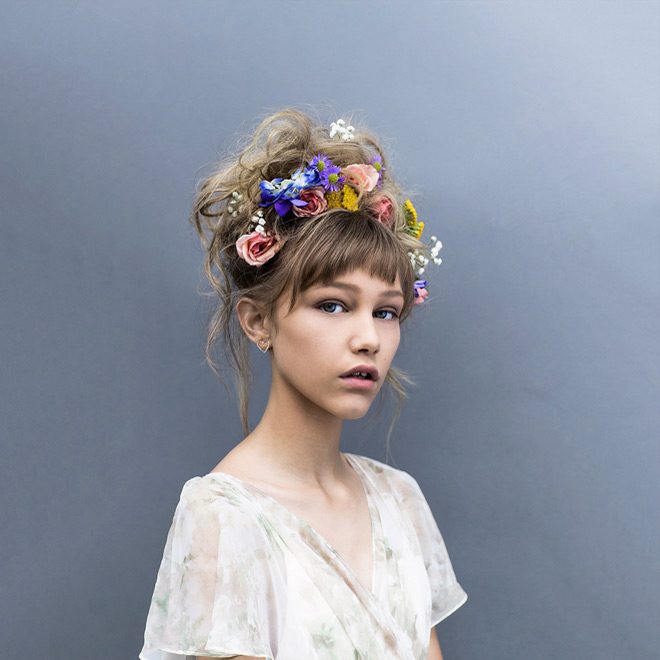 When you are on top of the world and all you really desire is a tree-house to call your own, life is pretty darned good! Meet quirky teen sensation Grace VanderWaal, who, after winning America’s Got Talent, went up into the treetops to dream up her debut album, Just the Beginning, which was released on November 3, 2017 thanks to Columbia Records.

Let’s get something out of the way: Grace VanderWaal is just thirteen-years-old. Yes, thirteen years-old! As the winner of Season 11 of NBC America’s Got Talent, VanderWaal was introduced into many American households in brilliant HD. A Singer-Songwriter from Suffern, New York, VanderWaal wowed the judges and impressed America with her wispy vocals and gentle ukulele-playing, along with the fact that, oh yes, this fierce teen writes her own material. If that’s not enough to keep her busy, she has recently signed to IMG Models Worldwide, and has already taken home a slew of awards including a Teen Choice Award. In case you doubt this little spitfire, her debut U.S. headlining tour is already sold-out into 2018! What were you doing at thirteen?

Just the Beginning is VanderWaal’s 12-song, debut, full-length disc, the follow-up to her best-selling 2016 Perfectly Imperfect EP. For the album, she worked with a multitude of award-winning producers and writers, including the likes of Ido Zmishlany (Shawn Mendes, Camila Cabello), Kinetics & One Love (Hailee Steinfeld), Greg Wells (Katy Perry, Adele), Gregg Wattenberg (Train, Phillips Phillips) and Sean Douglas (The Chainsmokers, Demi Lovato). The end result is a collection that superbly displays all of her quirky, imperfectly perfect talents in the span of a dozen tracks.

Just the Beginning opens with VanderWaal dancing in the “Moonlight,” a gentle little angel who strums her ukulele with sincerity; creating a superbly entertaining album opener that establishes once and for all that this is no child’s play. Immediately striking up a conversation that every teenager everywhere – and some of us who stink at adulting – has daily, “Sick of Being Told” what to do is a soaring Indie Pop ode that cements VanderWaal as quirky yet relatable; she crafts not just infectious sounds but universal tales that will pinch at your heart and tug on those strings.

The haunting piano that accompanies VanderWaal on “Burned” creates a darkly poetic beauty to her already tormented vocals. How can someone have lived so many lives already at such a young age? Truly mesmerizing, she harnesses the beauty of her powerfully raw vocals on the toe-tapper “Just A Crush,” deliciously intense in its honest emotion. Despite the candid confessions baked into its core, the glorious celebration of “So Much More Than This” will have you dancing in the sunshine, while those that still do that dating stuff will groan in agreement to “Escape My Mind.”

Have you ever had the words to say but your tongue got in the way? The phenomenal “Talk Good” is a stand-out in an already stellar collection: infectious and intelligent, the best kind of earworm. She moves on by letting go, the central thesis of the dreamy “Florets,” an atmospheric flight into the heavens of Indie Pop decadence that is sure to earn a club remix. Continuing on a similar path, VanderWaal sings of spinning that record in an attempt to shut the world out, though we must always remember that we are all a little “Insane Sometimes” thanks to that thing called love. Don’t cha know?

VanderWaal’s vocals soar alongside the ever-present gentle ukulele on “A Better Life,” an embrace of utter positivity and crafting your own successes. In hope, there is joy and a tremendously merry ode to the city, “City Song” will make you want to dance through the busy streets of New York, New York while daydream-gazing along with VanderWaal’s beautifully wispy voice. She pares it down for her album’s grand finale, the more somber tone of “Darkness Keeps Chasing Me.” Accompanied by guitar and cello in this magnificently sincere ballad, VanderWaal confesses that, despite her flowery positivity, sometimes life is not quite so very easy.

There is a delicious minimalism to VanderWaal’s style that makes her easily digestible: no frills just catchiness. In fact, it is kind of hard not to compare VanderWaal to a young Taylor Swift: a one-woman phenomenon who can do it all and with a certain panache and refreshing sincerity. Their music is not remotely similar, no, but both ladies have that little something that is entirely infectious to the masses: relatable material that comes from the recesses of the heart. VanderWaal excels at her perfectly imperfect, raw vocal approach, crafting songs that go far beyond her decade-and-some-change on this planet. It will be interesting to see where time and maturity take her, considering that she is already pretty-darned awesome at only thirteen. For these reasons, CrypticRock give Grace VanderWaal’s Just the Beginning 5 of 5 stars. 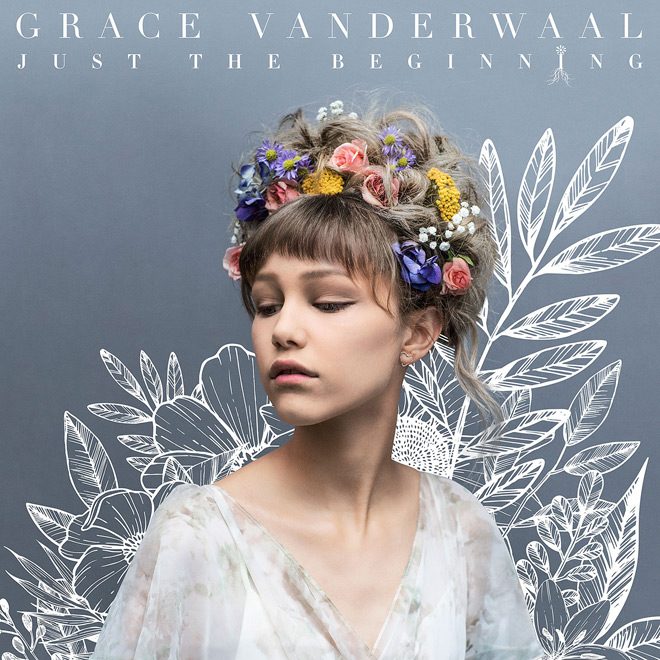