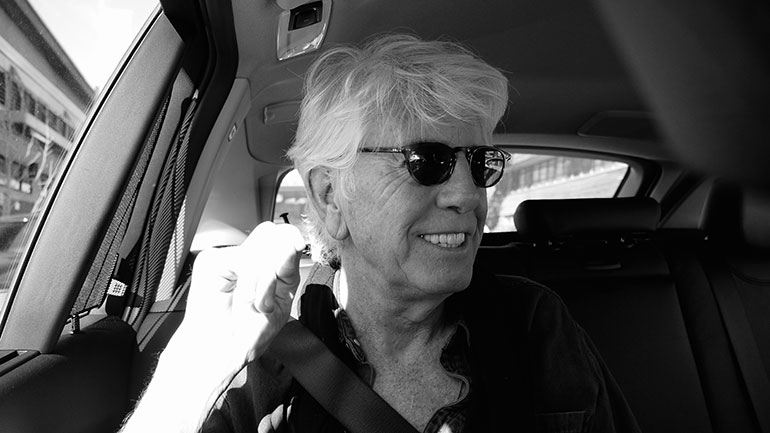 Graham William Nash is a Rock-n-Roll icon. First The Hollies in the ’60s, then, soon following a meeting with David Crosby, Stephen Stills, and Neil Young, the ever-famous Crosby, Stills, Nash and Young (CSNY) made him a favorite worldwide for his musicianship, songwriting, and activism. Everyone knows the songs like “Marrakesh Express,” “Teach Your Children,” “Just a Song Before I Go,” or so many others he penned, becoming the Hippie flower-child, anti establishment movement song-leader of them all. With a dual citizenship from the U.S and the U.K, he is a two-time Rock and Roll Hall of Famer, first inducted in 1999 for being a member if the super-group CSNY and again in 2010 as a founding member of The Hollies.

In addition, the famed musician holds honorary doctorates from NY Institute of Technology, The University of Salford in Music, and for Fine Arts at Lesley University in Cambridge, MA. Furthermore, he is not just a great voice and superior lyricist, he is also a fine photographer and a true activist from early on, when a tiff with a custom official got him aggravated enough to pen “Immigration Man” with Crosby, when they were a duo in 1972. With all these accomplishments, his solo career has been interesting, and now in 2016 he releases This Path Tonight, his first studio album since 2002’s Songs for Survivors.

Released on April 15th via Blue Castle Records,This Path Tonight is very different from his past; it is more like a “Mortality Express” than “Marrakesh Express.” While most 74 year olds would be walking slowly down the same path, Nash displays hesitation mixed in with regret and wonderment about choices not made, as well as loss. His two big losses are clearly heavy on his mind and soul, as heard in many of the songs of This Path Tonight. The first being the loss of his brotherhood with Crosby and Stills, mostly Crosby though. Whatever really happened between these two, only they know for sure. Then the publicized announcement of his split from Susan Sennett, his wife of thirty-eight years, had to be a heavy for him, even though an amicable split, it cannot be easy. These severed relationships and his new path of “what’s-next” is clearly heard and felt with each powerfully driven Native drum beat, like that of the heart…hard, steady, and fast at times. The lyrics throughout This Path Tonight are powerful as well, as nearly each song is a extentionalisic question that man has asked throughout time; what am I here for, what is down the road, and where is my path leading me to? These are thoughts all humans ponder, and Nash sheds some light on his thoughts in a vivid way with This Path Tonight.

The first track, “This Path Tonight,” has the heavy pounding of Native drums with a true hint of the all familiar acoustic guitar riffs of CSNY songs of the past. He sings in his familiar light tenor voice, “This path tonight/ where will it lead me…crumbling rock and stones on fire..” is evident of the past crumbling, painful and yet the big unknown can be heart poundingly good and bad. Then, “Myself Tonight” has lyrics and music to match that suggest Nash has finally come to a place where, although lonely at times, he is not afraid of that reflection in the mirror he now sees. The mellow acoustic sounds gently mix with the melancholy echo of his lyrics nicely. The smell of patchouli is in the air and long-haired bell-bottomed dudes can be visualized.

Moving along, “Cracks in the City” has simple easy chords that are somehow reminiscent of Emerson, Lake and Palmer mixed with a dash of “Marrakesh Express.” “Between the cracks in the city, that will trip us and trick us / making us fall through the ground that we love/ taking us all from below to above” are some heavy lyrics, yet with Nash’s tender voice and the mellow feel of the music, it is evident he will get right back up, brush himself off, and all will be OK. Thereafter is “Beneath the Waves,” which gives the listener a short relaxing trip on a sailboat at sunset. The drums, primitive in feel, and the totally CSNY sound of the song, make this a very cool ’60s trip down the memory shores. “Fire Down Below” again has the heavy pounding Native percussion, alike track #1, but “Broken Heart” will take hold of the listener unlike any other track on here. The drums, the CSNY feel, and the familiar chorus and Nash vocals take the listener to such a comfortable place, it is addictive… there might even be a bong close by if not some Jasmine incense.

Later on is “Target,” which is a bit sing-songy, simple and jumpy like a child’s tune, but it is a well-rounded tune. Starting with a slow, mellow acoustic guitar picking is “Golden Days,” along with an even beat that fits the words just right. Singing “Everything we gave, came back to everyone/In the golden days/songs with soul/words with so much hope for a brighter day” displays the obvious longing for the past, when music really had meaning and gave a new chance to listeners, who may have truly needed it. Although, the tune is also yearning for times gone by that may have made us hopeful, being young, with so much ahead of us. It is hard to feel that way as one grows older. There is no question aging is a time of deep contemplating, regretting, and often not much road ahead, compared to ” back then”..when the road stretched out endlessly to anywhere we chose.

Speaking of life and age, “Back Home” is another CSNY reflection, deja vu type song that mesmerizes and comforts. The feeling of floating on a cloud with ethereal sounds from a cello, harmonizing vocals, and CSNY guitar picking, definitely has turned the time machine to a sunny warm day in California circa 1969 as wind chimes slowly echo through the cedar trees. The lyrics “From your sky the sun is falling/but Mother Earth will soon be calling you back home” may be about the eternal home in the sky, but it is so peacefully executed, that it is far from gloomy. Then final track, “Encore” is the perfect ending to a peaceful trip down memory lane with Nash. The song is written from the standpoint of a musician’s last performance, but it is easily interpreted as any ending; a relationship, a long career, even a long endured and full life. Mind you, it is not a depressing look at endings, but a contemplative one, almost like a silent prayer. “Encore, Encore, the last sound is over…” is a great way to look at one’s life.

This Path Tonight has many facets and levels of deep thoughts, but not in a depressive fashion. Just a blend of what was, what could have been, and what is. That is what life truly is all about, right? Nash invited the world into his soul and allows it to also contemplate along with him, and music lovers thank him for it all. CrypticRock gives This Path Tonight 5 out of 5 stars. 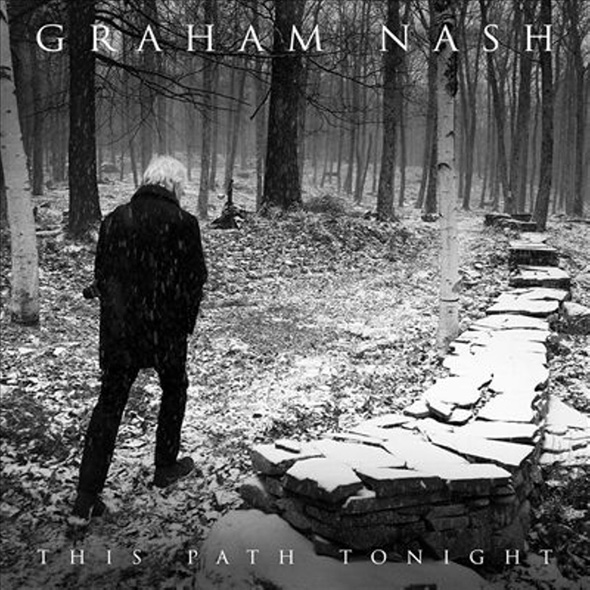