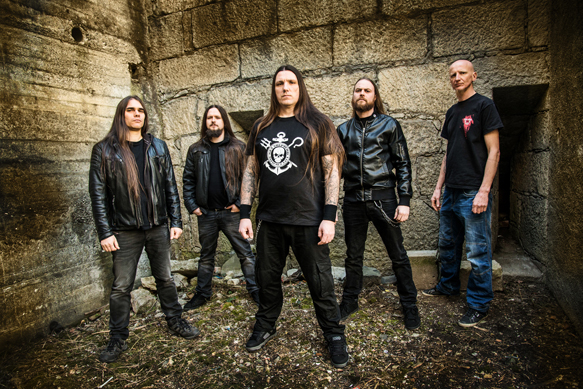 Historically, there has been common for bands to blend Gothic Metal with other styles of music, and it is not difficult to see why. Makeup and theatrics abound, Gothic Metal can frequently be sprinkled atop other Extreme Metal subgenres for additional melodramatic flair. This has been done time and time again with Doom Metal. My Dying Bride, Paradise Lost, and Anathema, three of the most important Doom Metal bands have been known to incorporate Gothic Metal in their music. Music inspired by these bands was especially susceptible to this influence. HIM, Within Temptation, and Nightwish each have gothic and symphonic tendencies in their music that came directly from the aforementioned Doom Metal bands. Black Metal has also had its fair share of shoulder rubs with Gothic Metal. Norwegian Black Metal act Dimmu Borgir hit the height of their success with the Gothic-tinged Enthrone Darkness Triumphant. Cradle of Filth, Moonspell, and Theatres des Vampires are also noted for the fusion of these two styles.

Another big name in the Gothic/Black Metal scene is Graveworm. This Italian sextet has consistently put out material since the late ‘90s that incorporated the most theatrical aspects of Gothic Metal, Symphonic Metal, and Black Metal. Some of the band’s biggest albums like 2001’s Scourge of Malice and 2003’s Engraved in Black pair traditional Black Metal instrumentation with Symphonic and Gothic Metal piano, synthesized strings, and textures. Graveworm continued releasing lo-fi Symphonic Black/Gothic Metal albums through the ‘00s. Their most recent album, Ascending Hate will be released July 7th via AFM Records, and gives Graveworm a decent change in direction.

The low fidelity aspect of Graveworm’s back catalogue had largely been removed on Ascending Hate and was replaced by crisp, modern production. Graveworm’s music had also gone in a different direction. While some amount of subtlety still remained on the record, a pervasive air of Melodic Black Metal and Melodic Black Metal had become paramount. “The Death Heritage” and “Nocturnal Hymns, Pt. II (The Death Anthem)” are perhaps the two strongest songs on the album in this regard. Indeed, melody is the driving force behind this album. Death/doom style dueling guitars delivered by Stefan Unterpertinger and Eric Righi, such as in the songs “Rise Again” and “Blood/Torture/Death” are one vehicle by which melody is emphasized. The newest element in Graveworm’s music this time around is the inclusion of Death Metal, evidenced in “Liars to the Lions,” a Dimmu Borgir-esque Blackened Death Metal track, classically done up with tremolo picked guitars and blast beats. “Downfall of Heaven” shows drummer Martin Reiner at his most impressive, sporting blistering blast beats atop this Melodeath-meets-Symphonic Black Metal song. Rhythmically, Ascending Hate is a very interesting album as well. Unterpertinger and Righi lock in righteously in syncopated pocket grooves in “To the Empire of Madness” and demonstrate their tight chemistry in the breakdowns featured in “Son of Lies.”

Ascending Hate is a profound step in Graveworm’s slowly evolving trajectory. Incorporating much more Death Metal into their style, the band now juggles a natural balance of Melodic Death Metal, Gothic Metal, and Symphonic Black Metal in their own unique sound. CrypticRock gives Ascending Hate 3.5 out of 5 stars. 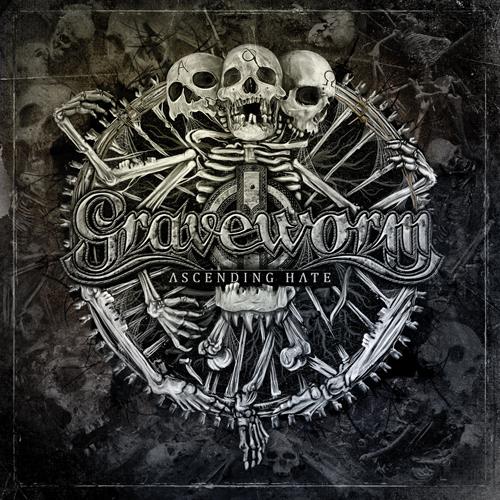