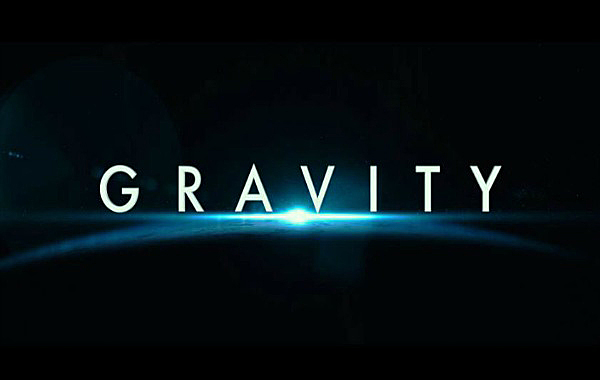 Initially opening at the 70th Venice International Film Festival and the Telluride Film Festival in August 2013, Warner Brothers’ newest Action/Sci-Fi thriller blockbuster Gravity hit the silver screens with a bang in October 2013 in the United States. Starring predominantly Sandra Bullock (The Blind Side 2009, Extremely Loud and Incredibly Close 2011) and George Clooney (The Men Who Stare At Goats 2009, The Descendants 2011) throughout the movie, it starts with Dr. Ryan Stone (Bullock), a brilliant Doctor who has invented a new piece of hardware for space, installing her equipment while Astronaut Lieutenant Matt Kowalski (Clooney) uses his jetpack to wander through space. Lt Kowalski has a bad feeling about the mission right from the start and starts regaling Houston Control (voiced by Ed Harris- The Hours 2002, Sweet Vengeance 2013) with stories from his past to back up his beliefs. 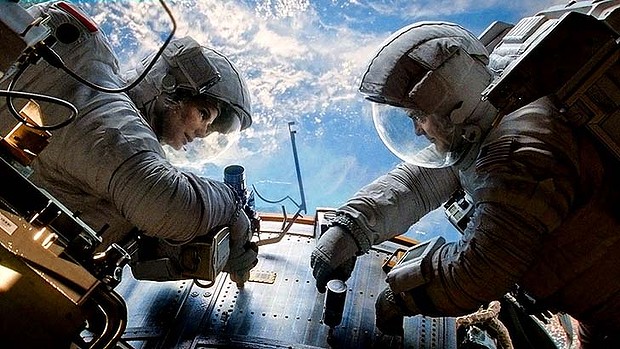 L to R: Sandra Bullock and George Clooney in Gravity

Inside Explorer, they are joined by a crew that are working hard in the spaceship while Dr. Stone, Lt Kowalski, and Sharif Dasari (Phaldut Sharma- The Office, Gavin & Stacey, EastEnders) work outside in space tethered to the frame. The view from space to earth is spectacular and you get a real sense of a peaceful loneliness they must feel out there.  When Dr. Stone is almost complete with installing the circuit board, they receive an urgent message from Ground Control advising them of a catastrophic event quickly coming their way. The Russians destroyed one of their own satellites and inadvertently created repercussions that end up destroying all the Earth’s satellites, sending debris flying dangerously their way. There is no time to think or move before the debris hits them and destroys the ship they are tethered to and they become the sole survivors with only the air in the space suits to survive.

Dr. Stone terrifyingly becomes disconnected from the ship, spinning out of control in deep space with limited oxygen and no concept of how to get back to Lt Kowalski. It is a desolate scary feeling, being all alone with a million ways to die and no one to help, until Lt Kowalski manages to find his way to her and secure her to him, until they find a way to get to the International Space Station and hopefully use the escape pod to travel back to Earth. There are a couple of big issues hindering their plans, every ninety minutes hurtling waves of uncontrollable debris will come their way, destroying everything in its path, and they are quickly running out of oxygen. 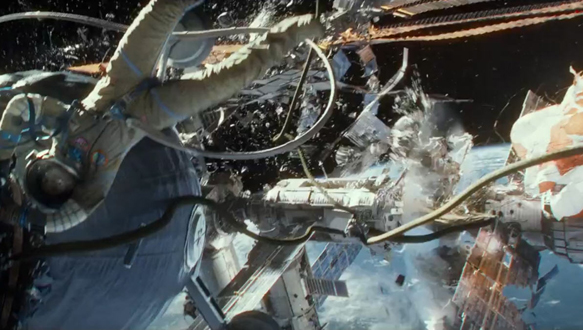 Dr. Stone is thrust into a scary out of world experience as the debris hits again and she ends up having to separate from Lt Kowalski. She must dig deeper inside herself than she could have possibly imagined, relying on instincts she did not know were there.  Alone, and a doctor not an Astronaut, she must navigate her way to space stations in the hope of getting to one before it is destroyed and heading back to Earth. The acting and special effects are outstanding in this movie while the cinematography is literally out of this world. Sandra Bullock carries the movie from half way through all alone while transforming herself from comic actress to potential action hero.

Gone is her long trademark hair and you rarely got to see her 1000 watt smile during the film. She does an incredible job at relaying the terror you would feel alone in space, and it is one of her best serious acting roles to date. The chemistry and relationship between Dr. Stone and Lt Kowalski is believable and appropriate to the situation, with Clooney taking a back seat to Bullock’s seriousness. There is plenty of twists, turns, and action from the get go, but do not expect the clichéd ending; this one is full of surprises, a must watch for all action and Sci-Fi fans. CrypticRock gives Gravity 5 out of 5 stars. 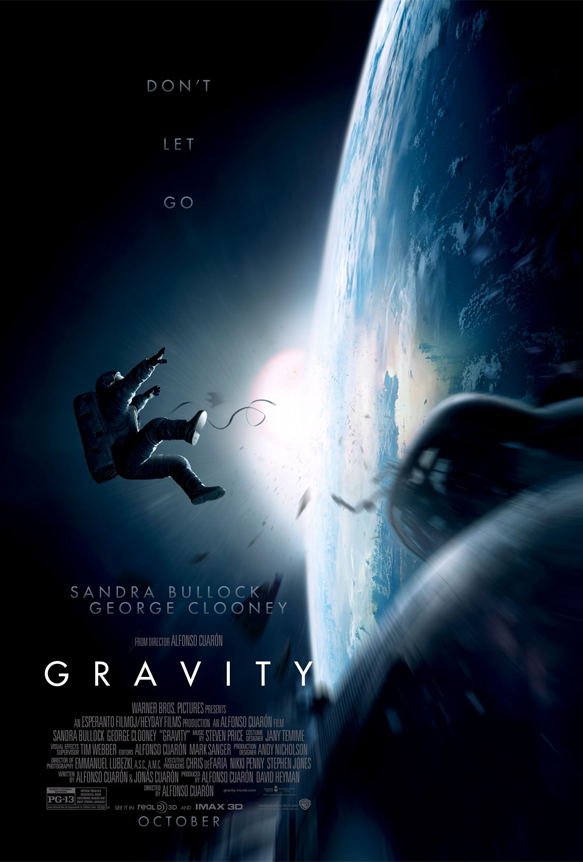 Purchase a copy of Gravity on Blu-ray/ Dvd here