Murder is already a slippery enough slope, but when you add a villain that looks like he walked straight out of a Paula Deen wet dream covered in what looks to be bacon grease and butter, the circumstances could not get any slipperier; or anymore disgusting for that matter. But what if they could? What if murder could actually be the means by which certain bonds are secured, shattered, severed, and/or steadied and saved? Nothing could be as dangerous as an obsessively passionate person; regardless of whether that passion is fueled by love or hate. With murder on the mind and methods of execution that are absurdly amusing, this senile serial killer will have to strike while the grease is hot if he intends to fry any and everyone that gets in his way. 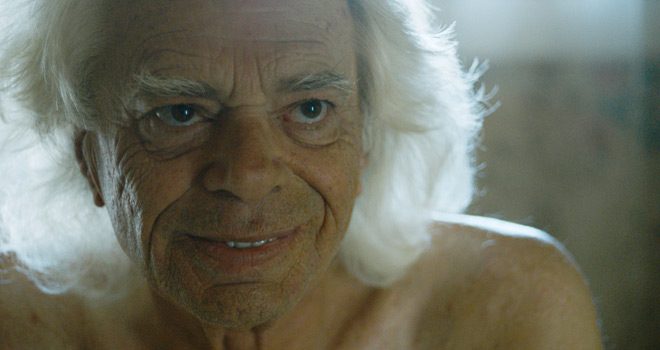 Pondering these thoughts, The Greasy Strangler is the extremely fun, strange, and super gross Horror Comedy that was released on DVD, Blu-ray, and various VOD platforms on March 22nd via FilmRise, Monster Pictures, and Sunfilm Entertainment; and just after spending a little over a year on the international film festival circuit.

This film was the collaborative written effort of Toby Harvard and Jim Hosking, both of whom had previously worked together on projects such as Crabs in 2010 and ABCs of Death 2 “G is for Grandpa” in 2014, and for which Hosking took over as director. Aside from Harvard and Hosking, the film would not have been possible without the help of BFI Film Fund, Drafthouse Films, Rock Films, SpectreVision, and Timpson Films, as well as the remainder of the cast and crew that aided in its production. 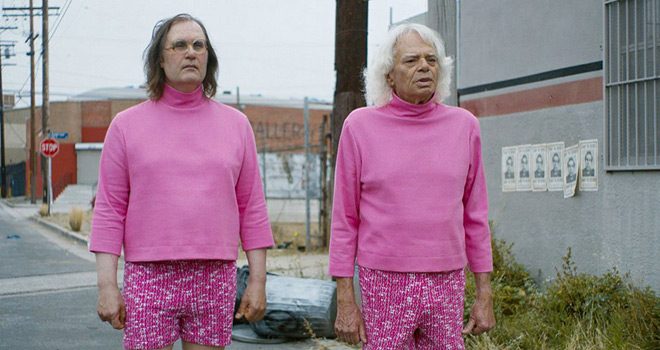 It humorously tells the story of the dysfunctional relationship between father, Big Ronnie (St. Michaels), and son, Big Brayden (Elobar), as a beautiful woman seeks to destroy their already unhealthy bond. Janet (De Razzo) is a tourist that attends the father and son’s Walking Disco Tour (which is in fact just as amazing as it sounds), before becoming enamored with real charismatic charmer, Brayden. Unfortunately, their relationship blossoms just as a grease-obsessed serial killer stalks the streets and strangles unsuspected victims at an irrationally effective snail’s pace.

As Ronnie and Brayden compete for the affections of Janet, the seductive temptress, with whom one seeks lust while the other fights for love, they endure events meant to tear them apart, but which actually prove to be just what their noxious relationship needs in order to keep viewers glued to their screens and anticipating the unforeseen evolution of this disturbing love triangle as it unfolds. Meanwhile, the grease-covered maniac on a mission is getting his hands dirty and staying under the radar as he continues murdering people all over town at an alarming, remarkably rapid rate, and yet still conversely protracted pace.

The Greasy Strangler is one of those movies that is either loved or hated by viewers with little in-between. Personal preference plays a key role in the success and thus appreciation of this film; especially given its comically exaggerated level of absurdity, recurrent use of repetition and redundancy to sarcastically present that which the audience already knows, overstated vulgarity, gratuitous gag-worthy moments, tasteless and unnerving nudity, and strong and off-putting sexual content. With that being said, if any Horror and/or Comedy fans enjoy their movies super cheesy, then look no further. 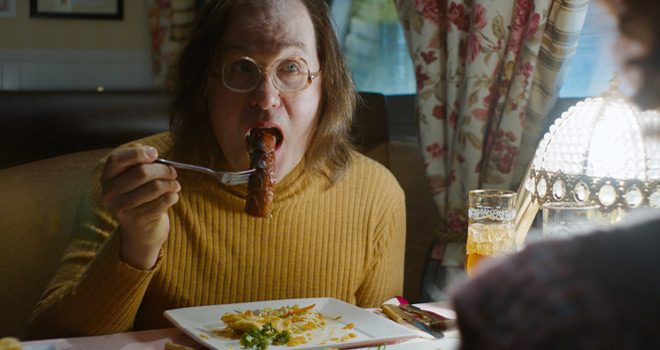 While this movie is ultimately lacking in plot, is virtually void of any real depth, exploits sex to a disconcerting degree, and provides little opportunity for viewers to make any real connection with the characters, it really makes no difference because the film instead relies on producing cheap thrills and easy laughs by laying the deadpan humor on thick, wrapping it illogicality, and then topping it with copious amounts of cheese.

The best way to explain The Greasy Strangler would be to imagine an obscurely-referenced time piece, NC-17 version of a middle-to-elderly-aged-cast of 2004’s Napoleon Dynamite in all of their hilarious, quirky glory, and then mix that with the horror-spoofing fun of 1994’s Serial Mom – except “Mom” would of course be replaced with something like “Crisco-Covered Killer” or something else to that effect.

What some might consider cinematic weaknesses; actually play to this film’s strengths. While it may not be enjoyed or even tolerated by some, there are still going to be those individuals with the sicker, darker, and slightly more twisted senses of humor that are going to eat this film up (with a heaping side of lard, no doubt) and take great pleasure in every ridiculous, confounding moment; which is why CrypticRock gives The Greasy Strangler 3 out of 5 stars. 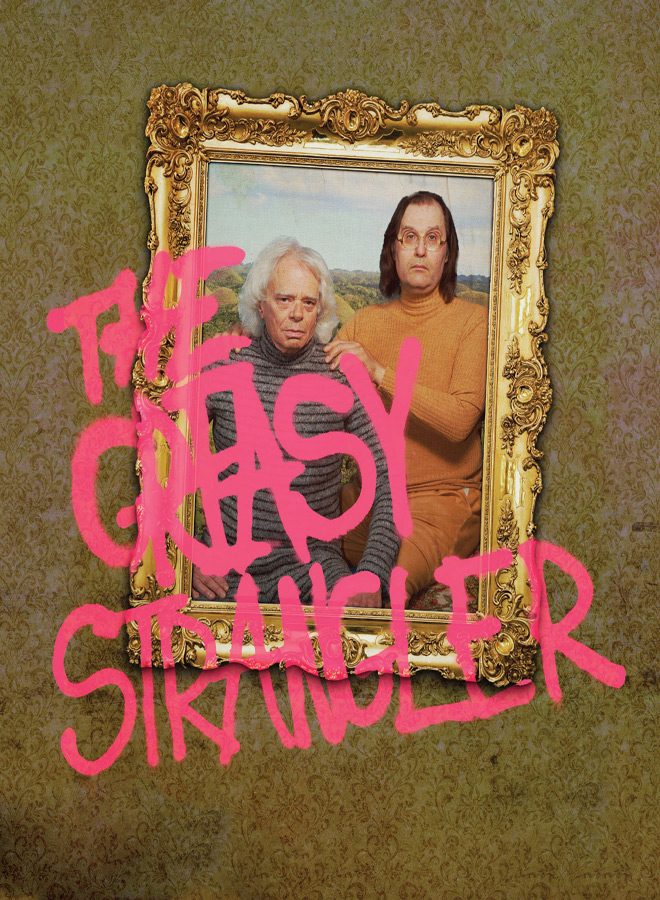