Writer/Director Jeremy Saulnier’s consistently rising star has reached a whole new level of success with his latest film, Green Room. Beginning with a stellar cast including mega watt talents Patrick Stewart (Star Trek: The Next Generation series, X-men series) and Anton Yelchin (Fright Night 2011, Star Trek Beyond 2016) as well as a greater promotional push for exposure, Green Room is sure to surpass the cult favorites that Saulnier created in the past, namely 2013’s Blue Ruin and 2007’s Murder Party. In fact, Green Room has dominated a substantial number of film festivals, gaining critical as well as audience praise. Saulnier walked away from the Austin Fantastic Fest in 2015 with the Audience Award, as well as the People’s Choice Award at the Montreal Festival of New Cinema in 2015. Green Room kicked off the esteemed 2015 Tribeca Film Festival’s Midnight Madness category and screened in the Directors’ Fortnight section at the 2015 Cannes Film Festival, garnering lots of attention at each. 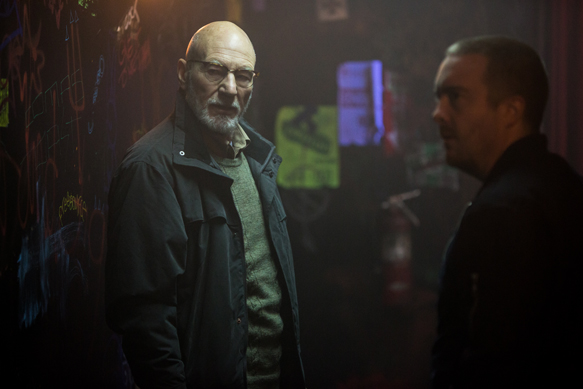 A down on their luck Punk band finds themselves wrapping up their less than successful tour in the Pacific Northwest. The band is young, they play Punk Rock, and above all else, they live to perform. After one of the members of the Ain’t Rights falls asleep at the wheel and plows through a field in their ramshackle van, the group awakes the next morning to the realization that they have no gas in the tank. Used to making things work, they come together to look up the closest business on a cell phone and two sleepy musicians jump on a bike, ride eleven miles to a bowling alley and siphon enough gas to get the van back on the road. The cohesive group of friends are weary but passionate about their vision. The Ain’t Rights includes Pat played by Yelchin, Reece played by Joe Cole (Offender 2012, Now is Good 2012), Tiger played by Callum Turner (Victor Frankenstein 2015, Tramps 2016) and the one female member, Sam played by Alia Shawkat (Whip It 2009, Pee Wee’s Big Holiday 2016).

The band hooks up with a young music journalist who interviews them for his radio show, then breaks the news that the gig that he helped to arrange for them has fallen through. Even though he tries to schedule a replacement gig, it fails miserably and without a kill fee for the band, they barely have $25 pooled for gas money from the afternoon fiasco of a show. Feeling guilty and trying to make things right, the journalist offers to call his cousin and help them to secure a legitimate concert the next day, a proposition that will put $350 in their pockets. The band reluctantly agrees, dazzled by the dollar signs dangling in front of them. 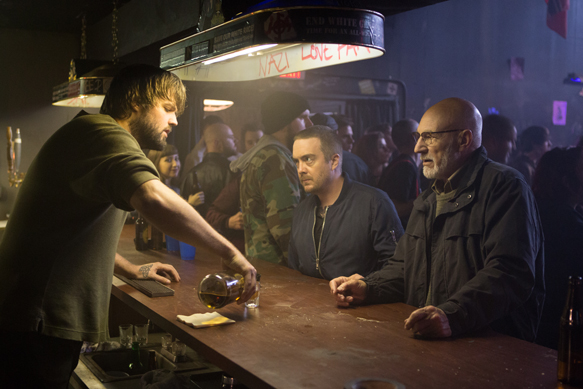 The Ain’t Rights arrive at the secluded run-down venue where they are sandwiched on the schedule between other Punk bands playing for a neo-Nazi crowd. Toying with the crowd a bit during their set, Pat and crew are not concerned for their safety, used to having bottles or beer tossed their way. This is Punk Rock, after all.

When their set is over, they are paid and management tries to rush them out the door, led by Big Justin, played by Eric Edelstein (The Hills Have Eyes 2 2007, Hotel for Dogs 2009). Sam remembers that her phone is still being charged in the bar’s Green Room, and there, an awful discovery is made. The headliners of the show, as well as a few local girls, are there, with one named Emily, stabbed and dead on the floor. The floor falls out from under them when Big Justin finds out that there is a new witness to the horror, setting a grisly domino effect of gore and trail of destruction. Local girl, Amber, who is played boldly by Imogen Poots (28 Weeks Later 2007, Need for Speed 2014), helps them navigate around the bloodbath to follow, as they lock themselves in the Green Room. 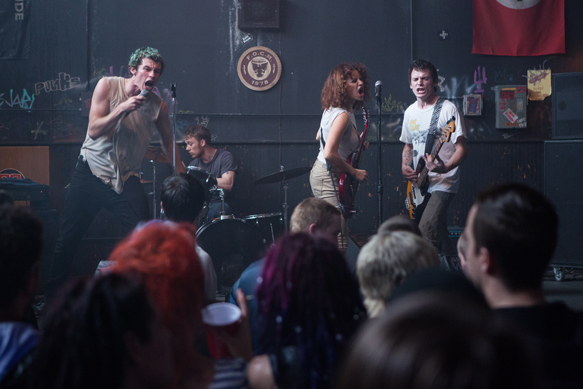 The calculating and resolutely ruthless owner of the venue, Darcy Banker, is the most rich, layered character played with aplomb by Stewart. Banker’s plan is to leave no witnesses and make sure that the band is blamed for everything. Chilling and resourceful, this is a role that Stewart was meant to play and one that audiences will surely remember long after they leave the theater. Unfortunately, Stewart’s strengths alone are not enough to carry the film.

The twists and turns employed by Saulnier are clever, engaging and smart, though the lack of character development detracts from the overall bottom line of the film. Dialogue is lacking, adding to the sense that the audience never really gets under the skin of the characters. At least to their feelings, as the audience is definitely privy to seeing lots of the blood that courses under the skin! CrypticRock gives Green Room 3 out of 5 stars. 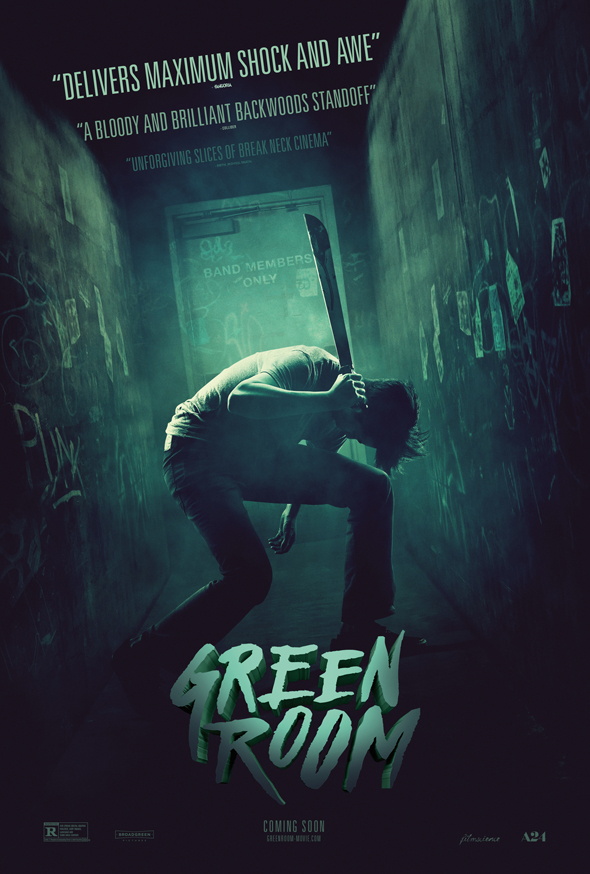