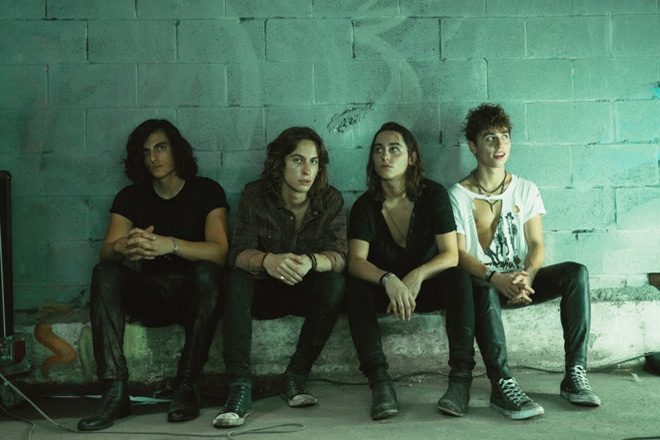 Those who say there is no future in sight for Rock-n-Roll clearly have yet to hear the coming of age Hard Rock quartet known as Greta Van Fleet. Hailing from rural surroundings of Frankenmuth, Michigan, Greta Van Fleet take their name from one of the close knit community’s town elders. An interesting footnote, it only shows the respect the aspiring musicians have for the past.

Very young men, with a ton of promise, on April 21st they set out to show the world what they are all about with the release of their debut EP Black Smoke Rising. Four tracks in total, their debut hits the airwaves via Lava/Republic Records on the heels of their tour with The Struts come May. Made up of three brothers of Jake on guitar, Josh on vocals, and Sam Kiszka on bass/keyboards, along with their friend Danny Wagner on drums, with an eye on the past, they look to pave their own way into Rock-n-Roll glory.

So what is so special about Greta Van Fleet? Well, from the first downbeat, this hard rocking band demand immediate attention. To start, Robert Plant lives in Josh’s voice, sounding as if his parents played him Led Zeppelin from the moment he popped out of the womb. That feeling of cool makes the four song EP instantly accessible to fans of hard-hitting Rock-n-Roll. Proving the point, “Our parents had a lot of vinyl laying around, so we grew up listening to that and really liked playing with the vinyl albums – putting them on the turntable and speeding them up and slowing them down. But, yeah, I really liked the Blues and the Soul and the Funk – Wilson Pickett is the big one, and Joe Cocker, those kinds of things” recalls Josh. A prime influence on the band’s songwriting, the tempo and space within each song is magical – from the opening single “Highway Tune” to the title-track “Black Smoke Rising.”

Growing up surrounded by the Classic Rock that pioneered the genre, Greta Van Fleet harness these teachings into something fresh. For example, the guitar work combining with hook driven soaring vocals make “Safari Song” a solid Blues-driven track that is held in place by solid drums and bass. This is the first song on Black Smoke Rising to let a guitar shred go while matching Josh’s power voice. There there is the song “Flower Power,” which is almost out of place, but also completely at home in this surrealistic collection of songs. Lyrically simple, what makes the cut a treat is the musicality of the band. In fact, for old school Rock lovers, the song could be Led Zeppelin, but it is not, it could be Jefferson Airplane, but it is not. Instead it has authentic uniqueness all its own. That is what makes Greta Van Fleet so interesting, they are everything that was and will be.

In many ways, Greta Van Fleet is way older than their age implies. According to the band, they have compiled approximately twenty songs, having spent two years in the studio now. Recorded at Rustbelt Studios in suburban Detroit with Producers Al Sutton (Kid Rock, Hank Williams Jr) and Marlon Young from Kid Rock’s Twisted Brown Trucker Band, the skill and dedication of all involved is quite apparent with Black Smoke Rising. So, does Rock-n-Roll have no future? Greta Van Fleet would beg to differ, and it will be exciting to see the rest of their story play out. For flexing some serious Rock-n-Roll muscle that is raw and unapologetic, CrypticRock gives Black Smoke Rising 5 out of 5 stars. 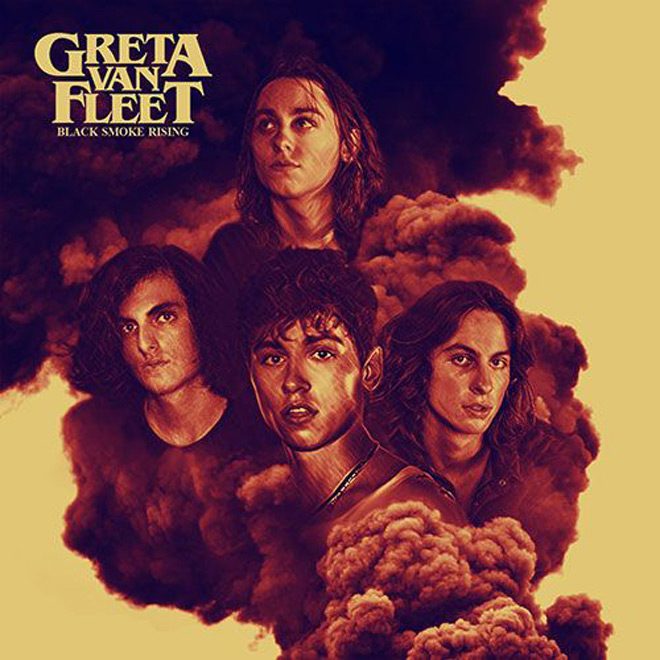