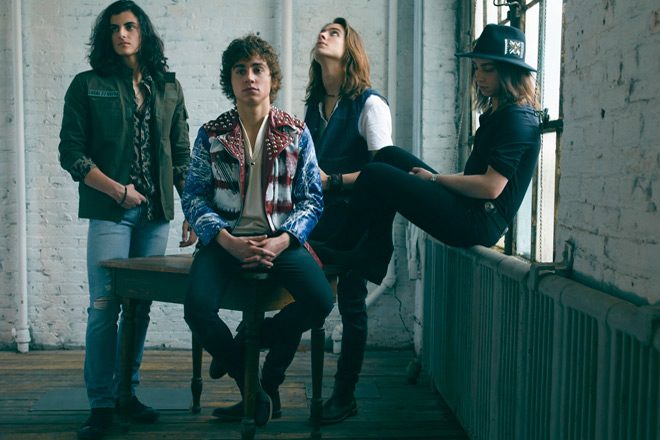 The term lifer is something any Rock-n-Roll fan can relate to as most have been digging into the classics like Led Zeppelin, Deep Purple, The Doors, and Lynyrd Skynyrd since they came out of the womb. That said, many other acts have come and gone to grace the home audio listening devices of fans through the years, but now a new era arrives with Greta Van Fleet.

A band Rolling Stone named as one of the “10 New Artists You Need to Know” and recently being named best New Artist at 2017’s Loudwire Music Awards, Greta Van Fleet are on the rise. How did we get here? Well, it all began when the band were still cutting their teeth while in school back in 2012 in middle America – Frankenmuth, Michigan to be exact. Building experience, they signed on with Lava Records and, back in April of this year, released their official debut EP, Black Smoke Rising. The first of three EPs the band had planned out, Black Smoke Rising skyrocketed up charts and immediately put Greta Van Fleet on all Rock fans maps. Now, a little over six months later, they return with their latest EP, From The Fires, on Friday, November 10th.

Simple right? Not really, because these guys have the chops of musicians twice their age, and most of them range between only 21 and 18 years old! Quite impressive, the foursome that is Greta Van Fleet consist of Josh Kiszka (vocals), brothers Jake (guitar) and Sam (bass, keys), and family friend Danny Wagner (drums).

Greta Van Fleet have turned their rich and varied musical background into something special. They have created a sound reaching far beyond the ages of the four band members. Growing up around music, they turned that inspiration into Greta Van Fleet. Drawing the idea from the likes of Cream, the Yardbirds, The Who, and other ’60s British Invasion favorites, “We liked to see how the English bands had reinterpreted the blues, and we wanted to interpret it again – Y’know, wouldn’t it be interesting if an American band came right back and reinterpreted the reinterpretation that the English did?” explains Jake.

Well Jake, many Rock-n-Roll fans could not agree more. In fact, it seems Rock-n-Roll is something that has been missing from mainstream music for some time now. Sure, there have been different genres of Rock, some offshoots, with Heavy Metal still going strong, but where has the true Rock-n-Roll been? That said, what is really great about Greta Van Fleet is they do not create something new, yet they are not doing the same old thing. Simply put, it is best described as a new interpretation of the classics which are the backbone of Rock-n-Roll, making it something brand new, yet comfortably familiar.

Led Zeppelin seems to be the first thing that comes to mind, especially “Highway Tune,” a track which appeared on Black Smoke Rising, yet returns for more with From The Fires. Here, Josh carries out a seemingly endless note which will give Robert Plant fans chills. Additionally, the main groove of this song is infectious and there are a few moments where you can almost hear AC/DC’s Angus Young in Jake’s guitar riff. It is not all Led Zeppelin, but the connection cannot be denied due to Josh’s uncanny similarity to Robert Plant. As mentioned, Greta Van Fleet are not reinventing the wheel, but their brand of Rock-n-Roll has elements of Metal, Pop, Blues, as well as Grunge, all the result of years of practice, study, and familial good times.

Ready to make more noise with From The Fires, a double EP consisting of eight tracks, four of which also appeared on Black Smoke Rising, Greta Van Fleet, for intensive purposes, have a near full-length record here. Starting off strong, “Safari Song” captures the essence of their signature sound. It contains a big chorus, hard-driving guitars, and drums, as well as over the top vocals. Thereafter, “Edge of Darkness” has a little more modern feel, all while keeping the same heart and soul.

A skill Greta Van Fleet seems to do very well, they have found a way to create their own sound all while staying true to their mission of “reinterpreting the reinterpretation.” Additionally, they break slightly away from straight-forward Rock with “Flower Power,” a song about peace, love, and unity. Something America could certainly use a little bit more of right now, the boys recently dedicated the cut to Tom Petty at The Rock Allegiance Festival.

When it is all said and done, From The Fires is truly an album for Rock fans young and old. Let’s face it, many Rock-n-Roll heroes are retiring, or even more sadly, passing on. Even more amplifying why Rock music needs new young bands like Greta Van Fleet to keep the fire alive. What better way to Rock’s sacred history by creating something new, yet reminiscent of the roots. Thank you Greta Van Fleet, and that is why CrypticRock gives From The Fires 4 out of 5 stars. 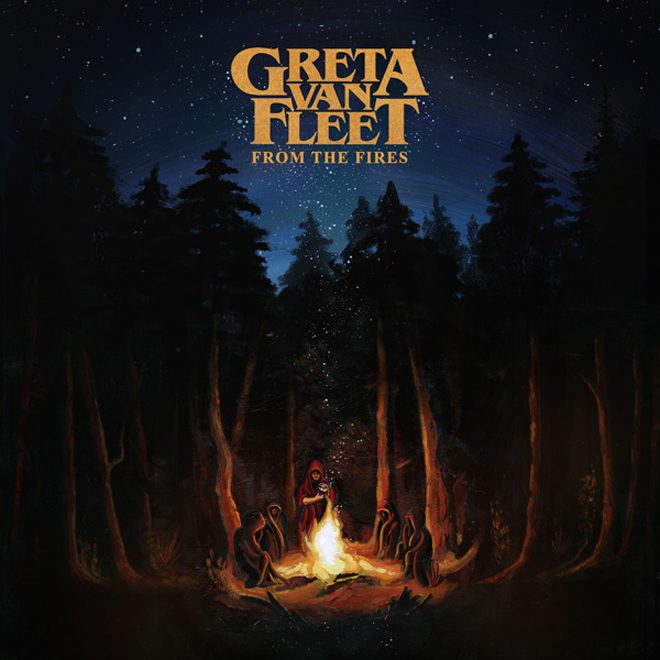 Purchase From The Fires: