The experience of most film sequels is often disappointing: either they over commit and harp on regurgitated jokes from the original, or they under commit and the whole story simply feels like a setup to the next film in-line. Neither is the case for Guardians of the Galaxy Vol. 2 which hit theaters on May 5, 2017 via Marvel Studios. 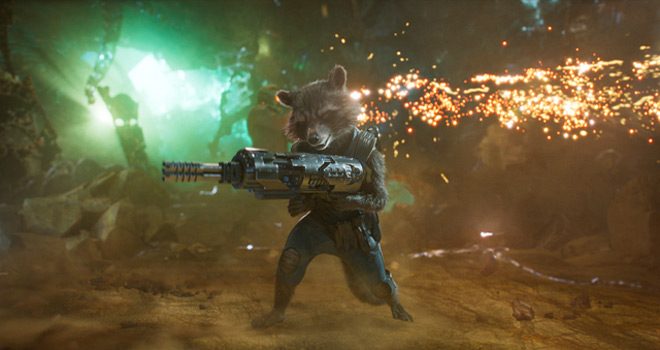 A follow-up to the blockbuster 2014 hit film Guardians of the Galaxy, Writer/Director James Gunn (Scooby-Doo 2002, Dawn of the Dead 2004) returns with these colorful characters with an even bigger and better plan, continuing their story but on a much more personal level. The result was a brilliant ride from start to finish, both fun and emotional, allowing the film to stand alone, but also still portraying its staple in the Marvel Universe.

As a whole, the film truly had a balance, delivering a legit story that had meaning while poking fun and giving fans a ton of “laugh out loud” moments. The story never dragged and being the first film tone-shot in 8K digital camera, it was visually stunning. There were also a ton of ‘geek out’ moments; many nods to other characters who had small and brief roles but hold a ton of meaning for fans of the comics. Even Marvel icon Stan Lee’s usual cameo had a twist, making him an actual character within the world he created so long ago, a very appropriate move. This is also the first MCU film to have 5 end credit scenes, giving fans a lot to ponder and discuss.

Almost a direct continuation from the original, the story is set only a few months after. When the guardians insult an entire alien race, they become targets and are chased through the galaxy. A random stranger helps to save them, but not before their ship is destroyed and crash lands on the nearest planet. The stranger identifies himself as Peter/Star Lord’s (Chris Pratt: Her 2013, Jurassic World 2015) father, a celestial named Ego (Kurt Russell: The Thing 1982, Stargate 1994). Determined to learn more, Peter goes back with him – along with Gamora (Zoe Saldana: Avatar 2009, Star Trek 2009) and Drax (Dave Bautista: The Man with the Iron Fists 2012, Spectre 2015) – while Rocket (Bradley Cooper: The Hangover 2009, American Sniper 2014) stays behind with Baby Groot (Vin Diesel: xXx 2002, Fast & Furious series) to fix the ship. At first, Ego and his planet seem like a dream come true for Peter but the guardians soon find out not everything is what it appears to be. 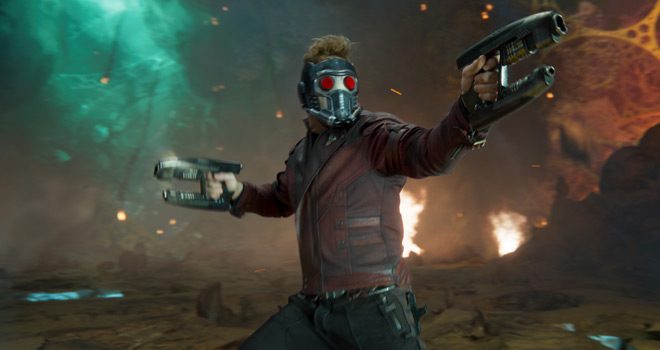 One of the main features that will immediately stand out is the cinematography. The 8K cameras, the digital equivalent to VistaVision, delivered crisp and clear imagery and with all the bright colors it really made the picture pop. A unique element throughout the film was how it focused on the characters during fight sequences, one of the most memorable being the opening scene with Baby Groot dancing while the other guardians battle a giant monster. Even more hilarious is the fact that director James Gunn performed those dance moves himself! If watched closely, fans can notice a little more humor within the end credits as well. Another impressive detail to take notice of is a very young looking Kurt Russell during a flashback, achieved using mainly makeup and very little CGI.

The story-line mainly revolved around the characters and their dark pasts, which worked really well as the details never got lost throughout the film. As mysteries were revealed, many of the characters were brought out in a different light, building on character development in a smart and fresh way. As Peter learned the true nature of his real father, his attention turned back to Yondu (Michael Rooker: Henry: Portrait of a Serial Killer 1986, The Walking Dead series), an alien convict who has been a father figure with tough love all these years. Nebula (Karen Gillan: Doctor Who series, Oculus 2013) still had it out for Gamora but her anger issues revolved around their own father Thanos, who was absent in this film, but is expected to return in a big way. Even Rocket seemed lost, acting out against everyone around him: although he takes on the father figure role for Baby Groot, it is clear that he misses his friend from the original. 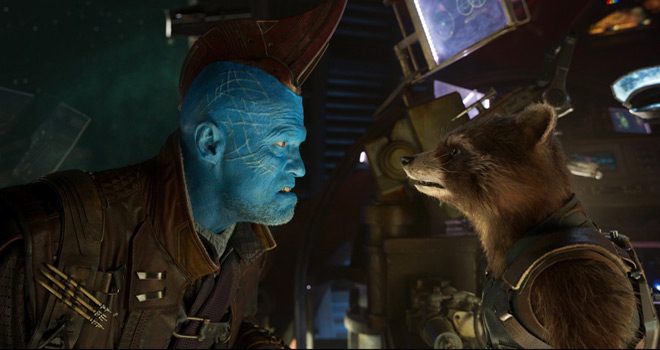 Another main feature that was favored from the first film is the music, and the soundtrack for Volume 2 was very much a part of the film once again; songs that molded into the film perfectly and with more of a poetic vibe. In between all the emotions from the characters, it was still quite humorous with Drax possibly being the fan favorite in this film. His brutal honesty was mostly subtle but not without merit. Another memorable character was of course Baby Groot, the regenerating plant alien who was “too adorable to kill,” luckily for those who shed tears in the original.

Guardians of the Galaxy Vol. 2 is an overall impressive film that gave so much to the fans; there is a lot to take in and comprehend, making it worth watching again and again. James Gunn, along with the rest of the cast and crew, clearly had fun with this project and that showed in every minute throughout. Hopefully the love for these characters continue into the third installment, a song and dance that is much anticipated by fans of the Marvel Universe. For these reasons, CrypticRock gives Guardians of the Galaxy Vol. 2 5 out of 5 stars. 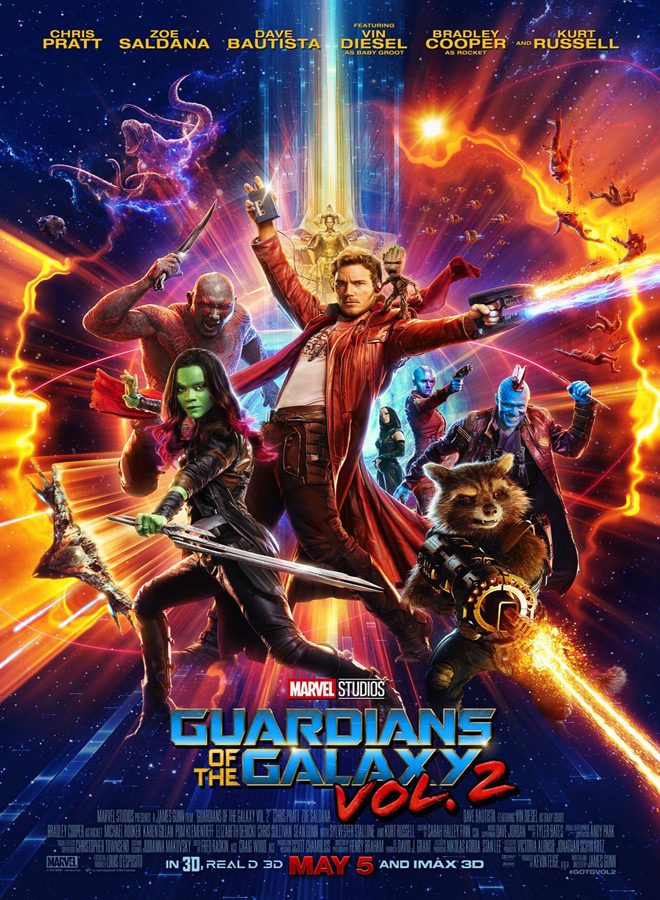