Robinson, who already has two solo studio albums to his credit, the first, “Paper,” came in 2004 while his follow-up, “Through a Crooked Sun,” arrived in 2011, is thrilled to see his latest piece of work scheduled for release on June 3rd via The End Records.

“I’ve always approached writing songs for an album as part of a larger work,” says Robinson. “This album as a whole is one piece and how it fits into my whole body of work is the other. My new record follows the path of my musical journey I’ve been on for 25 years. I feel a strong connection to where I’ve been musically, but more importantly where I’m going.”

The first single off The Ceaseless Sight, an album that represents the full maturation of Robinson as a songwriter, a vocalist, and a solo artist, ‘One Road Hill’ which will be released on April 8th can now be heard here. 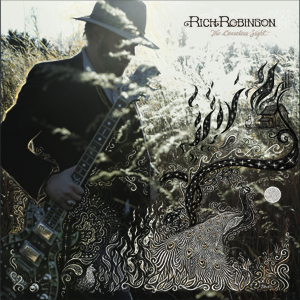