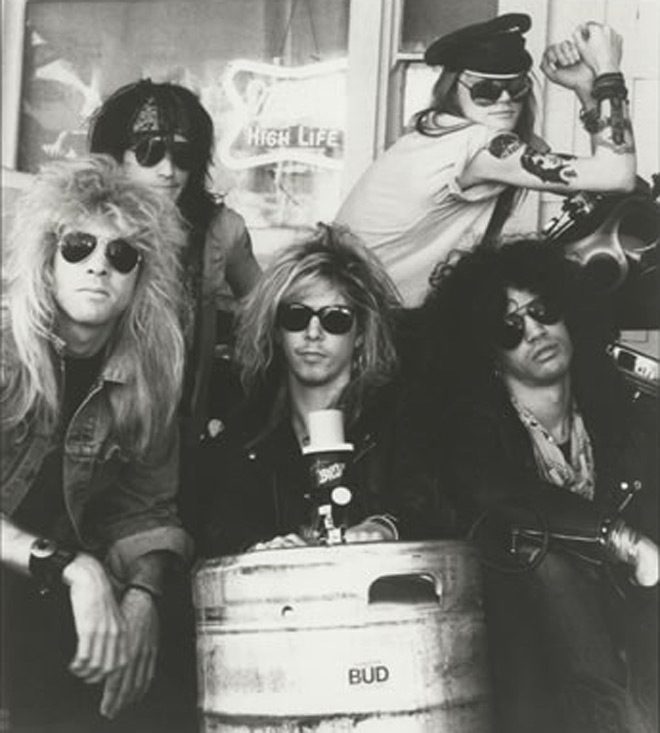 The buzz on the hairy streets of Hollyweird back in 1987 was all about a little band from the gutter known as L.A.’s Most Dangerous Band, Guns N’ Roses. Their badass attitude, carefree rebelliousness, and wanton hedonism raised a middle finger to the world, emblazoning this fact all over their debut album, Appetite For Destruction, which would hit streets on Tuesday, July 21st of 1987.

No one back at that time could predict the riot-storm that GN’R would become: to date, the band have released some six studio albums, sold over 100 million records worldwide, and are one of the world’s best-selling bands of all-time. Appetite, specifically, is reportedly the best-selling debut album of all-time in the U.S., as well as the eleventh best-selling album of all-time in the U.S. It is safe to say that there is not a music-loving soul that walks this planet that does not know the name Guns N’ Roses!

Appetite For Destruction was admittedly a slow-burner, reaching No. 1 on the Billboard 200 a year after its release, in 1988, thanks mostly in-part to third single/video release, the beautiful power ballad “Sweet Child O’Mine.” Of course, the album was no love song and many of the tracks were odes to booze, drugs, and sex; your parents hated this band with vigor and so you, rebellious little brat, absolutely loved it! The album kicked off with guns (pun intended) blazing to the anthemic “Welcome to the Jungle,” the first single/video from the new band.

Complete with flashing TV screens, overwhelming neon lights, and one superbly corn-fed Axl Rose, the video for “Welcome to the Jungle” would become an iconic demonstration of what it meant to be a balls-to-the-wall Rock band in the late 1980s. There was the Sunset Strip represented as both the beauty and the bitch that she could be, and Guns N’ Roses embraced it all – darkness and light, women and wine. “You’re in the jungle, baby, you’re gonna die!”

“It’s So Easy” would bring controversy to the table with its lyrics proclaiming the proud use and abuse of women, alongside a bit of shameless drunk-driving. The band have been quoted throughout the years as saying that their sexual exploits and anarchistic adventures during this period simply became “so easy.” “Nightrain” – now the nom de plume for the band’s international fan club – celebrated cheap booze, while “Out ta Get Me” was the paranoid cry of those boys drunk on that cheap-ass wine. “Mr. Brownstone” – reportedly the first song that the band wrote after their signing to Geffen Records – bumped the party up a notch, turning heroin addiction into a delicious groove. Second single/video “Paradise City” – with footage for the video shot at the legendary Donington Festival as well as at Giant Stadium – was a return to the band’s infectious and anthemic sound. With Rose in white leather, slithering like a snake across the stage, fans were enraptured with the sound and the image of the most dangerous band in Rock.

Dedicated to a friend of the band, one Michelle Young, “My Michelle” was a bittersweet look at the young woman’s life that, at first, some band members feared would turn her off. Fortunately for fans, Michelle was on-board with the dark approach that Rose took and “My Michelle” became a classic in the band’s early club sets. Not about a woman at all, “Think About You” was reportedly Stradlin’s ode to the first time he danced with heroin. Ah, the romance! The album’s mega-hit third single/video would prove to be power-ballad “Sweet Child O’ Mine,” Rose’s ode to then-girlfriend Erin Everly (yes, of those Everlys!). A rare glance of heart from a band who celebrated their dangerous side and flaunted their dalliances, “Sweet Child” would set the bar high for the band and propel Appetite up the charts.

The bluesy “You’re Crazy” and rocking “Anything Goes” anchored the album’s closing, leading into the epic “Rocket Queen.” Any G N’ R  fan knows the tales of debauchery behind the album’s definitive closer, and the in-studio pornography behind the track. Which is to say, when you need some moans in-studio, why not create them the old-fashioned way? With vigor and sexual finesse, Guns N’ Roses created the sleazy groove of “Rocket Queen” to close out Appetite For Destruction with an obscenely seductive final gunshot.

The music of Appetite For Destruction was clearly the basis for everything that the Gunners would achieve, though just finding an album cover to complete the collection would provide more fuel for the controversial fires. First, it is rumored, that Rose wanted to use a photograph of the Challenger space shuttle’s explosion for the cover, though Geffen Records kindly steered the quirky vocalist in a different direction. Undeterred by the idea of media controversy, Rose then selected a piece based off the Robert Williams’ painting, Appetite For Destruction, as cover art.

A vicious street punk painting that depicted the rape of a woman by a robot, Rose reportedly saw allegories in the image though many retailers simply saw profanity. With key retailers across the U.S. and overseas refusing to carry the album with this art, Geffen Records forced Guns N’ Roses to make a final change, leading to the iconic artwork that we all know today: caricatures of each band member on a crucifix. Their final slap in the face was clear: the media had crucified this band before they had even taken their very first steps.

They would go on to become well acquainted with controversies – both legitimate and otherwise – though G N’ R would never become media darlings. Ever. Accolades came, yes, but respect was slow to come to Rose and co. The release of the dual albums Use Your Illusion I & II, in 1991, would not hurt the band’s cause, and ultimately, in 2012, Guns N’ Roses would be inducted into the Rock and Roll Hall of Fame in their very first year of eligibility. In 2016, the reunited triptych of trouble – Axl Rose, Slash, and Duff McKagan – would shock the Rock-n-Roll world off their asses with the Not In This Lifetime Tour. To date, the band are still ringing their brand of amazing, stadium Rock to stages across the globe with no signs of slowing in-sight. All hail G N’ F’N R! 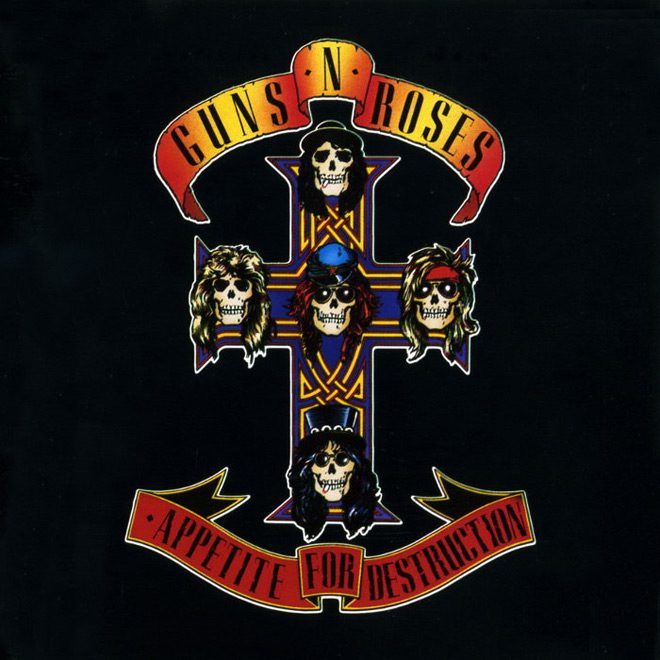