Iconic rock act Guns N’ Roses are setting up tour plans in 2014 beginning with a return to South America for multiple dates in the spring, announced today. The start of the trip south begins with headlining the second night of the Hell & Heaven Metal Festival, followed by stops in four countries. For more information on the tour, fans can go to www.gunsnroses.com. Tickets for Hell & Heaven are already on sale and available at www.hellandheavenfest.com. 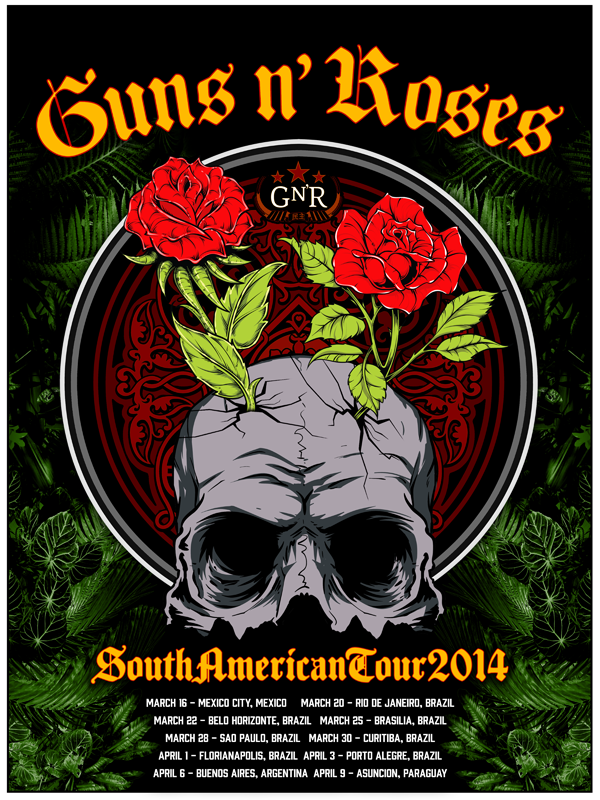